2012 GOP pt it's like we've seen this before somewhere rick perry space cadets texas texas a&amp;m this thing it is sort of like that other thing 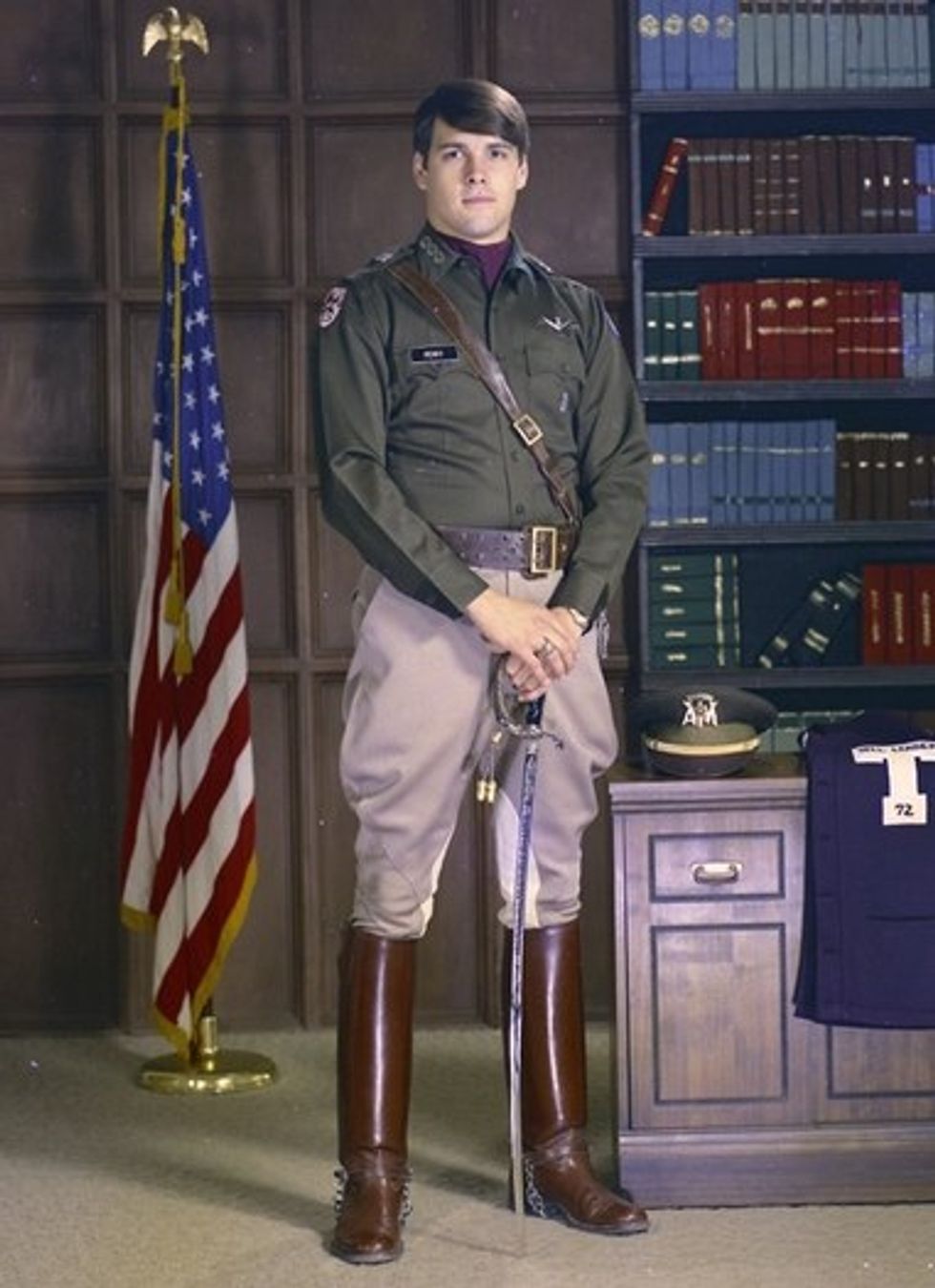 The concept of a flunkwad loser college student running for president of Texas and later the entire nation is not a new one in America, so when we heard that there is somestory about how Rick Perry was also a giant underachieving goof-off during his undergraduate years, we figured we'd probably just copy-paste some sentences about old idiot George W. Bush as a young idiot and no one would know the difference. We are trying to avoid carpal tunnel. But then someone just had to mention Rick Perry's time as a cheerleader at Texas A&M, and... oh fine, that got our attention. Perry was named "yell leader," a macho-fied Aggie term for "queen of the cheer squad," which he discovered he liked quite a bit: “Really, being yell leader had more political consequence than anything else,” Perry said. “It was really visible.” AND A POLITICAL STAR + HIS STRATEGY WAS BORNED.

Perry was unable to pursue a career as a veterinarian because his 2.5 GPA in animal sciences was too low to qualify for the program, so he mostly went around tormenting other students with dumb pranks. He even had a more successful buddy, John Sharp, who did study hard and won student body president and went on to serve in the Texas House and Senate, but who would later lose to Perry in the race for lieutenant governor.

From the Texas Tribune:

Another more elaborate prank took Perry months to execute. It involved M-80 firecrackers and an acquired knowledge of the plumbing in A&M buildings.

Perry learned that he could drop something down the second floor toilet and get it to come out the first floor toilet. Then he learned M-80s had waterproof detonators — a perfect combination. His accomplice, Sharp, would give the high sign out the window when a potential target wandered into a stall. Perry, from the floor above, would flush the lit firework down.

"It kind of launched the guy off of the seat,” Sharp told the Tribune in June. "It was quite a hoot. It was one of our more perfect deals.”

Perry was also in the cadet corps, which is where the crazy photo comes from, and upon graduation he became a military pilot for a few years before eventually going to work for his father. Copy-paste, copy-paste. [Texas Tribune]