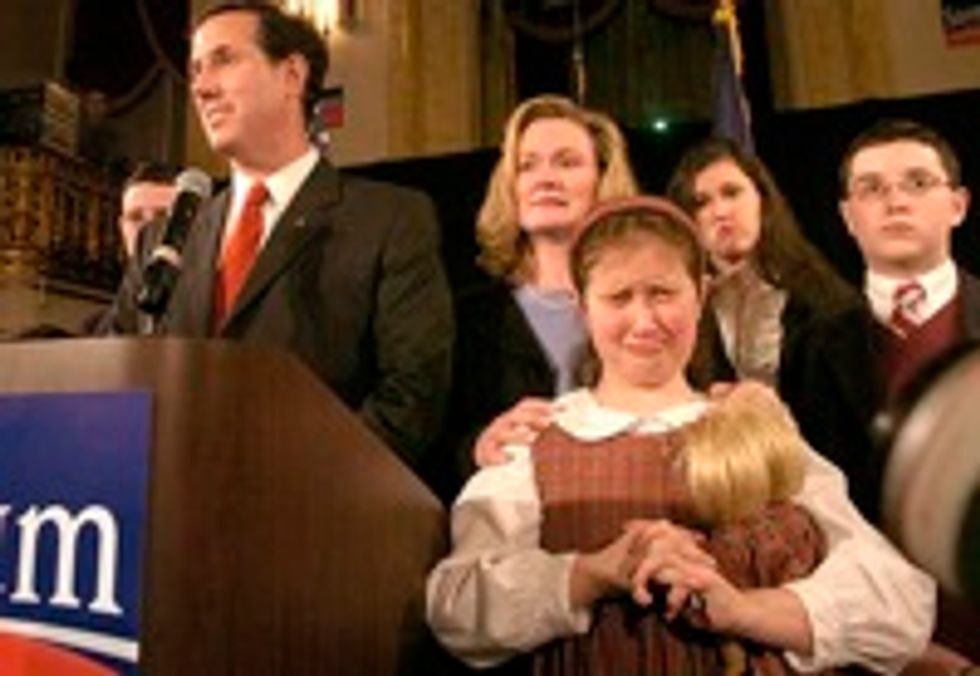 President of Angry Fetuses Rick Santorum announced on teevee this morning that he is also running for President of the United States. Watch out, Mittens! Santorum went on ABC News and stood in front of an empty building to deliver his message, which is about as exciting as you would imagine. Does he know how these things work? You have to tell everyonebeforehand. Has Rick Santorum heard of e-mail?No, he only communicates with the aborted children in his imagination, his only real fans. Is he talking to them right now? Is that why Santorum continually refers to himself in the plural? Let's watch this sad/hilarious video.

"We're ready to announce that we're going to be in this race. We're in it to win and we're very excited about, you know, what the -- what the future holds. We've got a great, uh, a great team in the early primary states, we've got a lot of momentum."

Does he know that there is no one else standing there? Are they his invisible aborted friends? These are Rick Santorum's real constituents. [ABC News]