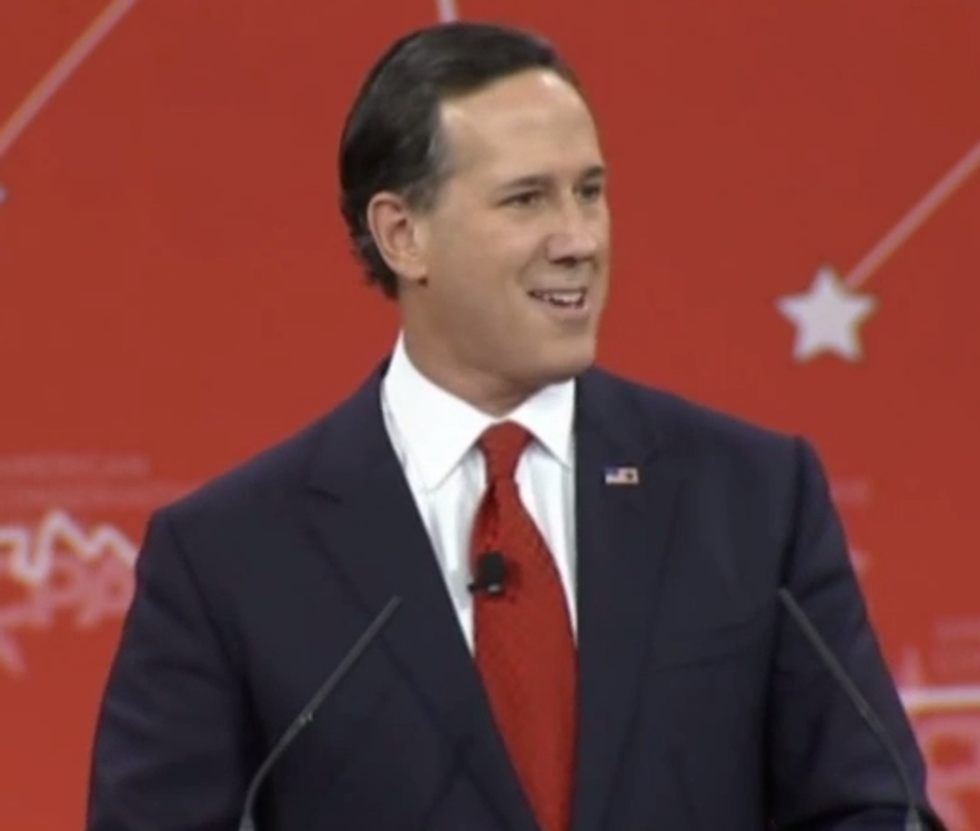 Rick Santorum made a HI-larious funny at CPAC on Friday afternoon, and it was so fresh and edgy and flawlessly delivered, he will definitely get to be president next time for sure. He was observing -- because of how stand-up comics are always making observations, right? -- that the president is SOOOO unpopular. How unpopular is he, Rick?

In fact, the president’s. Popularity. Is so bad around the world today. That I heard? This report. From. A. Source. That the Kenyan government is ACTUALLY developing proof. That Barack Obama was actually born in America. [Pause for laughter. Keep pausing, keep pausing ...]

You see, this joke is very amusing because it refers back to a long-standing theory that Barack Obama might not have been born in the United States of America, as he claims, but rather, that he was born in Kenya, a nation whose government did not exist at the time of his birth but that nonetheless participated in a cover-up to secretly infiltrate America with an infant sleeper agent who would one day steal an election to become president and usher in a wave of Kenyan socialism and Muslim Islamic jihad. To date, Barack Obama, the so-called president, has yet to proffer any legitimate evidence to the contrary because his so-called birth certificate is obviously fake. However, given his current unpopularity around the world, as Santorum cleverly and humorously observes, even the Kenyan government would not want to claim him as its own now and will double its efforts to prove that he most definitely was not born in Kenya, ha ... ha ... ha. Ha.

In conclusion, Rick Santorum is still terrible and not at all funny and will never be president but will continue to suck on the Wingnut Welfare teat as long as he possibly can because he has not had a real job since Pennsylvania voters double-digit fired him from the Senate years and years ago, THE ARISTOCRATS!