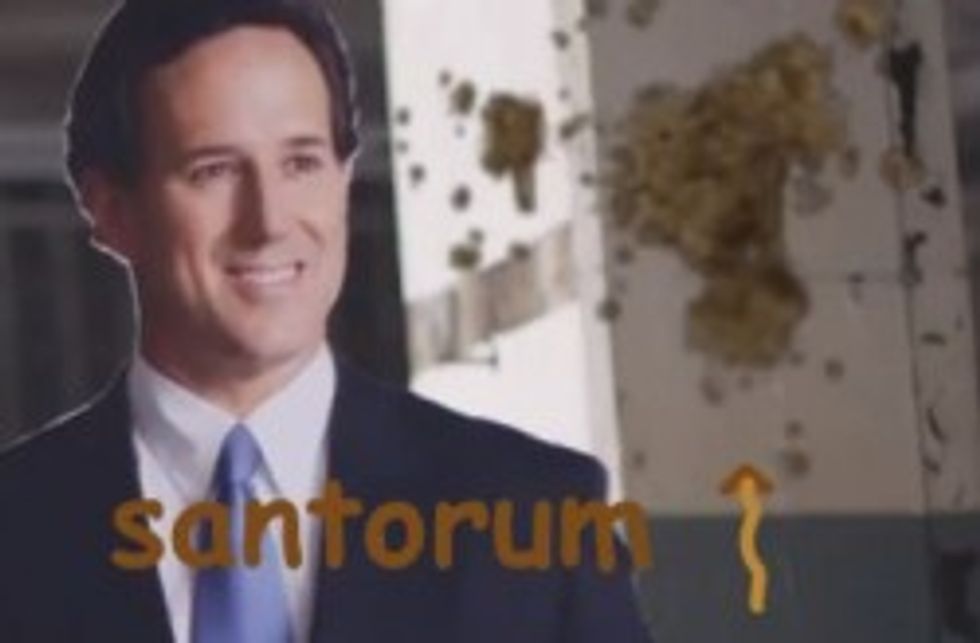 Exciting anonymously-sourced rumors have it that lunatic prince Rick Santorum's staffers are beginning to wander out from the confines of his inmate-ruled insane asylum! Consider this your safety advisory: "One top Republican strategist said he’d seen a surge of postings on Republican job boards from Santorum staffers, and two mid-level staffers told The Hill that top aides had gone radio silent." Oh dear. But the poor, unhappy nuts do not like running around on the loose! Just listen to this one sad staffer who, uh, complained to a reporter that he feels very confused about what to do with his penis right now without Rick Santorum to give him an instruction:

One mid-level field staffer told The Hill that he’d been unable to reach his bosses since he’d flown to Pennsylvania following the Wisconsin primary and had received no direction about where to open field offices or plans to build a ground game.

The campaign "has always been a little less organized than some other presidential campaigns but this is by far the worst I’ve ever seen it and it tells me there’s no plan for anything,” he said. “I’m sitting out here in Pennsylvania with my d--- in the wind with no idea of what’s going on… It’s the most disorganized thing I’ve ever seen and it leads me to the conclusion that he can’t continue and has no plans to.”

This has been your Good Friday post about Rick Santorum and weiners. [The Hill]