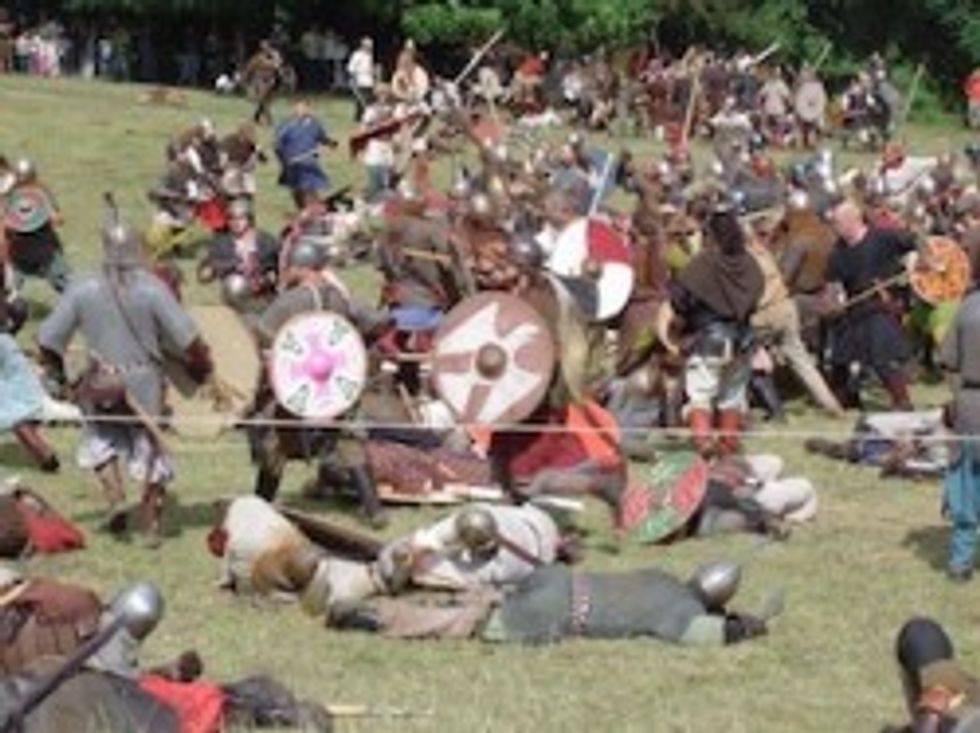 As foretold in Revelation, Lord of Lunatics Rick Santorum has warned that he is fortifying his followers for some kind of world-ending battle to fend off the interloping Paultard hordes at the Republican National Convention in Florida, in August. It will be sweaty. "I’m concerned that Ron Paul and some of his supporters out there are looking for a platform fight," said Santorum, a statement that can surprisingly be described as "one hundred percent true" and also "a thing said by Rick Santorum." Ron Paul's supporters have indeed been wandering the countryside pillaging state GOP conventions and hauling off delegates who will be ransomed at the RNC for a larger fiefdom in the seating charts and a place of honor next to the Emperor Mittens during his coronation. Rick Santorum is not having any of this. WAR.

“I like the platform that we have right now. I’m concerned that Ron Paul and some of his supporters out there are looking for a platform fight. And I want to make sure that we have strong, principled conservatives there who stood with me in our primary fight to go there and counterbalance the effect of the Paul folks,” said Mr. Santorum on ABC’s This Week.

We can already picture it: Thousands of Paultards decked in their tinfoil hats will be running around screaming out articles of the Constitution over and over like magic spells while the legions of Ol' Frothy fans try to pelt their opponents to death with miniature Bibles. [Capitol Column; thanks to Wonkette operative "imissopus"]