Rightwing Gal Tries To Bring Down Russ Feingold Campaign, Is As Bad At Spying As James O'Keefe 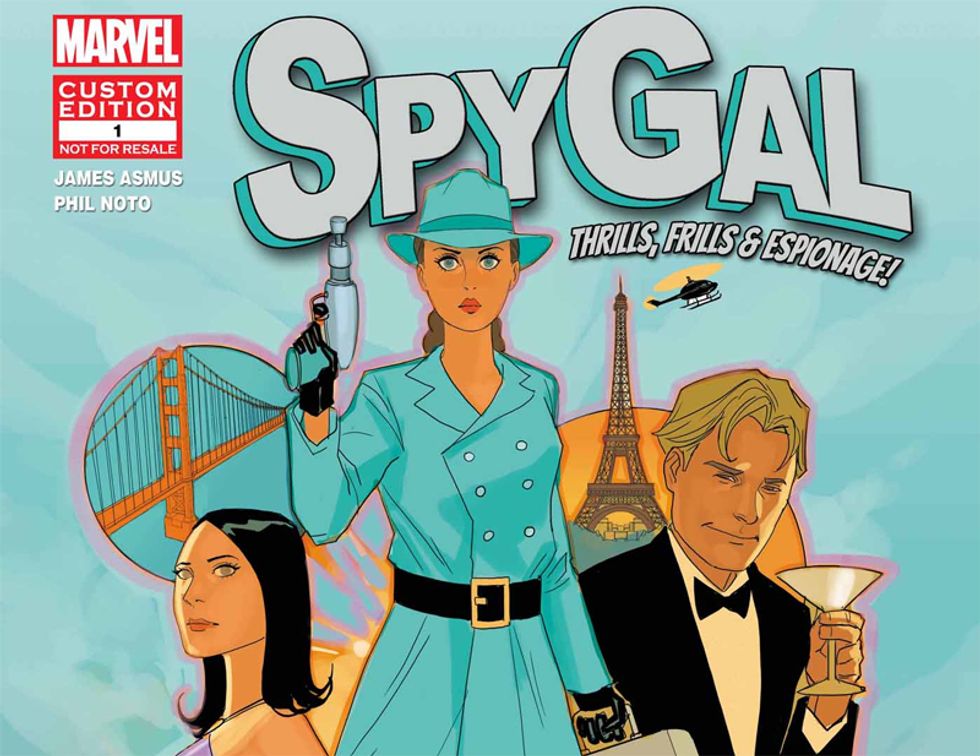 Now that the CEO of Breitbart is actually managing the Republican presidential campaign, it's starting to look like American rightie politics has largely been taken over by a bunch of Nixonian dirty tricksters, except without the quiet dignity or finesse of the Watergate burglars. Consider the wannabe James O'Keefe who attempted to infiltrate Russ Feingold's senate campaign in Wisconsin, but simply was no good at pretending to be a Democratic volunteer. It's a fine example of how pathetic some real-life attempts at ratfucking can be, and a useful warning to other campaigns to watch out for morons trying to cause trouble.

HuffPo's Ryan Grim and Amanda Terkel tell us how it all went down:

The Feingold sting apparently fell apart thanks to profiling on the part of the campaign. The would-be infiltrator was blonde and drove a big white pickup truck, which staff said was part of the tipoff.

So there's tip one to dirty tricksters: at least rent a Prius. We're not sure being blonde is quite as much a concern. Anyway, the would-be volunteer said her name was Allison Moss, and that as a former member of College Democrats at the University of Minnesota, she really wanted to help Feingold win. She signed a standard nondisclosure agreement as "Allison Moss" as well. Problem is, she simply wasn't very good at doing spy stuff; it didn't help that she was already fairly recognizable to people in area politics:

But after a Feingold staffer began pressing Moss on some of her past work, her backstory started unraveling. The staffer said someone on the campaign had gone to the University of Minnesota and remembered Moss as a member of the College Republicans. Moss denied being involved. They also asked her whether she worked for the right-wing group Campus Reform and whether she gave a false name on her nondisclosure agreement.

Tip two: once you've been "made," your only choice is to abort the operation. We watched The French Connection this weekend and know all about how this undercover stuff works.

Happily, "Allison Moss" was the sort of wannabe infiltrator who doesn't have the good sense to simply run away when she knows she's been caught. She hung around long enough to really make a fool of herself. Some sharp person in the office had the good sense to hit "record" on their phone, and the audio they shared with HuffPo didn't exactly sound like someone who couldn't wait to help Democrats take the Senate back:

FEINGOLD CAMPAIGN: Can you tell us if you’re working for anyone in particular?

MOSS: I’m not really going to answer any questions.

FEINGOLD CAMPAIGN: Or whether you’re recording us?

MOSS: Not really going to answer any questions.

Her cover identity turned out to be a little too transparent as well: "Moss" seems to really be Allison Maas, a "campus correspondent" for the rightwing group Campus Reform, which seeks out and publicizes supposed liberal bias at universities, like textbooks that don't present Ronald Reagan as a saint, or a too-sexy Beyonce video shown in a class, egad. On her author page, she says she "exposes liberal bias and abuse in the Land of 10,000 Lakes" and that she's studying "professional journalism and graphic design." Huh. We're not so sure how her attempted infiltration of the Feingold campaign would go over with professional journalists; since we don't know exactly what she was up to, it's not clear why she thought a fake identity was necessary or ethical. Hahaha, of course it was ethical, if she could dig up some dirt on liberals!

Neither Maas nor the "Leadership Institute," the rightwing group that sponsors Campus Reform, replied to HuffPo's requests for comment; the phone number "Moss" gave the Feingold campaign is actually for a Yonkers, New York, area code. And therein lies another tale of attempted ratfucking tied to Maas. Last August, Hillary Clinton's campaign was very suspicious of several "volunteers" who were doing some pretty weird stuff, trying to entrap campaign staff doing something illegal or unethical:

For instance, one woman tried to ask for advice on exceeding limits on campaign contributions. Another claimed to be a Canadian citizen and asked for help faking her address.

And most shocking of all, one of the "volunteers" asked a campaign staffer if it would be OK to simply not register any voters who said they intended to vote for another candidate, and caught the staffer on video saying that would not be OK -- the policy is to register anyone who asks to register. James O'Keefe rushed the video onto his "Project Veritas" YouTube channel as if he'd uncovered Hillary pushing Vince Foster in front of a train, and promised more shocking videos to come.

Now, here's the Maas connection: In Time's story on the attempted infiltration, we learn a bit more about the women:

The women presented themselves as Allison Holmes, Jess Koski, and Jess Jones, according to the Clinton campaign, which collected names, email addresses, and phone numbers for the women. All gave the same phone number, which is listed on the website for the University of Minnesota-based Students for a Conservative Voice. Messages left at the number by TIME requesting comment were not returned.

Wouldn't you know it, when the Minneapolis Star-Tribune looked into the story, they learned that phone number turned out to belong to Allison Maas. The then-head of Students for a Conservative Voice told the paper Maas had previously edited the group's newspaper, but had "graduated and is no longer affiliated with the group." He also was very careful to say that his group would never, ever "engage in activities in any way similar to this."

As we said last August, we really admire the investigative methods of these ratfuckers who are inspired by James O'Keefe:

The beauty of O’Keefe’s operation is that while he’s never actually uncovered examples of people doing unethical or illegal things, he’s awfully good at thinking of illegal shit to do, then either recording simulated crimes, or trying to get people to go along with doing crimes, which proves such crimes must be rampant.

Who knows, one of these days they may actually catch a campaign staffer taking a package of Post-It notes out of the office for their personal use. And if you're out volunteering for a campaign this summer or fall, be on the lookout for fellow volunteers who ask if it would be OK to accept cash donations from a Ukrainian oil executive.