RNC Day Three: Greta Van Susteren And Jonah Goldberg Did Not Give Us The Norovirus 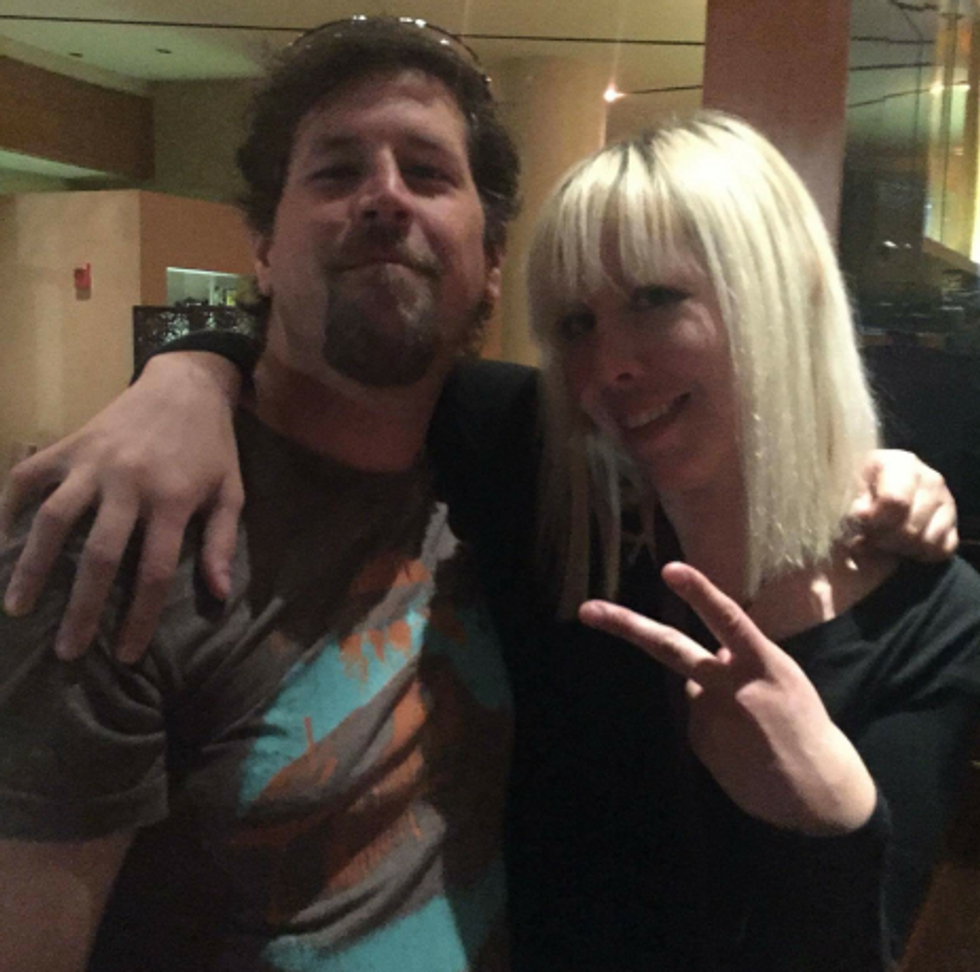 This is probably us right now, maybe.

Hey everyone, don't worry, we don't have the norovirus! That's just the California delegation (SLUTS!) we guess, and none of the people we've seen the past two days, including the ones in the headline, gave it to us. We like to give people we disagree with credit when it's due, so thanks to them for not giving us the norovirus!

[wonkbar]<a href="http://wonkette.com/604396/rnc-day-two-some-business-went-down-at-the-buzzfeed-party-we-guess"></a>[/wonkbar]So, you know that thing you do when you know how to travel correctly, for business or pleasure, and you find "home places" you go each and every day of your stay, and they get to know you and whatnot? Well, for our stay in Cleveland, that has been the hotel bar at the Wyndham, where the staff is loving and caring and also makes badass poutine. Apparently, it is also the "home place" for Greta Van Susteren, as we have now seen her two nights in a row. You saw our picture with her from the other night, and last night we did not talk to her, but we chatted with one of her staff members, who was able to confirm what we thought we observed, which was that Greta is very good to her people. They hang out, and they laugh together. That is a very important quality for a boss to have!

Also, Greta's ringtone for at least one person on her list is the "William Tell Overture," which made us laugh heartily. Here is the texting that happened between Wonkette and our Republican mom last night:

Mama: Well, since you met Greta ... are you auditing?

Wonk: LOLOL it's funny because we are at the same hotel bar again.

Mama: Well ... I really like her but I kind of have to laugh out loud when I realize that she is a Scientologist. Did you know that her sister Lise is a very highly respected psychiatrist? Scientologists think that psychiatrists are the worst thing on the planet.

So there you have it, a dispatch from the Wonkette Republican mom you didn't know you had!

Anyway, Wednesday in Cleveland was very subdued, because everybody, the Republicans and the libtard bloggers both, is very tired. There was that whole flag burning thing, which we of course barely missed, but aside from that, it's just a whole lot of stumbling around. Jonah Goldberg from National Review Online (whom many readers might know better by the name "Doughy Pantload") was at our bar for a spell, and as he left with his friend, four American dollars fell out of his pants, we think! We discovered them on the floor as we were stealing their table, because there were outlets for charging phones and laptops nearby.

So we tweeted him, because maybe he needed those four dollars for something. Maybe NRO doesn't pay that great, YOU DON'T KNOW.

The "Yup 'tis" was in response to Jonah saying Mabel's BBQ in Cleveland is badass. THAT IS TRUE.

He didn't respond, though! But he came back later, and we were like, "HEY, we have your four ameros, except for how we gave them to the server," and he laughed and was like, "That was you?" and the entire time his friend was stink-facing us. Let's be clear about who his friend was. She was a drop-dead gorgeous lady with red hair, whom we have seen on the television before, but we cannot for the life of us remember who the fuck she is.

Our bunkmates for the rest of the evening were as follows. There was Glenn, a Republican guy from Tennessee who had his University of Tennessee pride right right on his yarmulke.

There were Jen and Evan from a local indie Cleveland band called Kiss Me Deadly. We had mutual Memphis friends! We are going to go see them play later! This is their ReverbNation page, and you should give them all the love you have!

On left, yr Wonkette. On right, Jen from the great band!

Here is Kiss Me Deadly doing the famous sexxx tune "I Put A Spell On You":