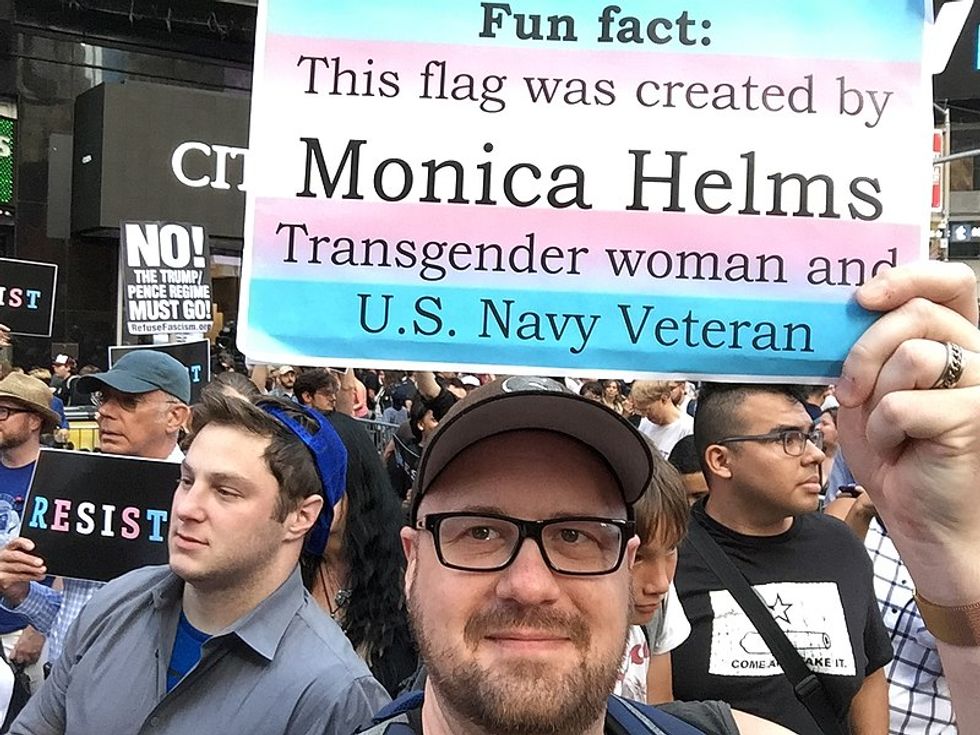 There is a German word, fremdscham, that means shame or embarrassment on behalf of others. That word is coming in handy a lot these days.

At the Republican National Committee's annual winter meeting on Friday, a resolution was passed -- without public debate -- in support of Donald Trump's desire to ban transgender people from serving in the military, on account of how they believe that merely being a transgender person ought to be considered a “a disqualifying psychological and physical” condition.

Three federal courts have already shot down the ban, on account of the fact that it is just plain stupid. It is so stupid, really, that even Republican veterans like John McCain and Joni Ernst are like "Yeah, no, this is actually a very bad idea that makes no sense." JONI ERNST! A woman with a near-limitless threshold for stupid ideas, does not think this is a good idea.

Granted, she does not think the military should pay for gender affirming medical care (which they should!), but she doesn't think they should be disqualified from service and told Talking Points Memo so last June:

“As a veteran, Sen. Ernst served alongside fellow service members from all different backgrounds and parts of the county,” Ernst’s office said in a statement to TPM. “She believes what is most important is making sure servicemembers can meet the physical training standards, and the willingness to defend our freedoms and way of life.”

“While she believes taxpayers shouldn’t cover the costs associated with a gender reassignment surgery, Americans who are qualified and can meet the standards to serve in the military should be afforded that opportunity,” the statement concluded.

But rather than listening to actual current and former military personnel, or the courts, or actual psychologists or actual trans people, the RNC decided to go with their gut on this one. And their gut, for now at least, are saying that discriminating against them is a great idea.

There are already standards preventing people with serious psychological issues from serving in the military. If a trans person can pass all the same mental and physical tests a cis person can, how on earth can they say that they are not qualified? Is there something wrong with the tests? No, there isn't. This has nothing to do with how qualified they are, and everything to do with the way that conservatives personally feel about them. This is a factor that really shouldn't matter. The military should not be in the business of coddling the feelings of bigots whose delicate sensibilities are upset by the concept of trans people existing.

By all rights, this should be embarrassing for them. You would just think that at some point they'd go "Hey, it seems like every time we decide we're going to discriminate against a group of people, it doesn't work out so well in the long run!" and decide that this time, they're just going to skip past the legal discrimination phase and right into the begrudging acceptance phase. But no. They keep trying it, never realizing that this movie ends exactly the same way every time they do. Maybe that's why they passed it on Groundhog's Day?