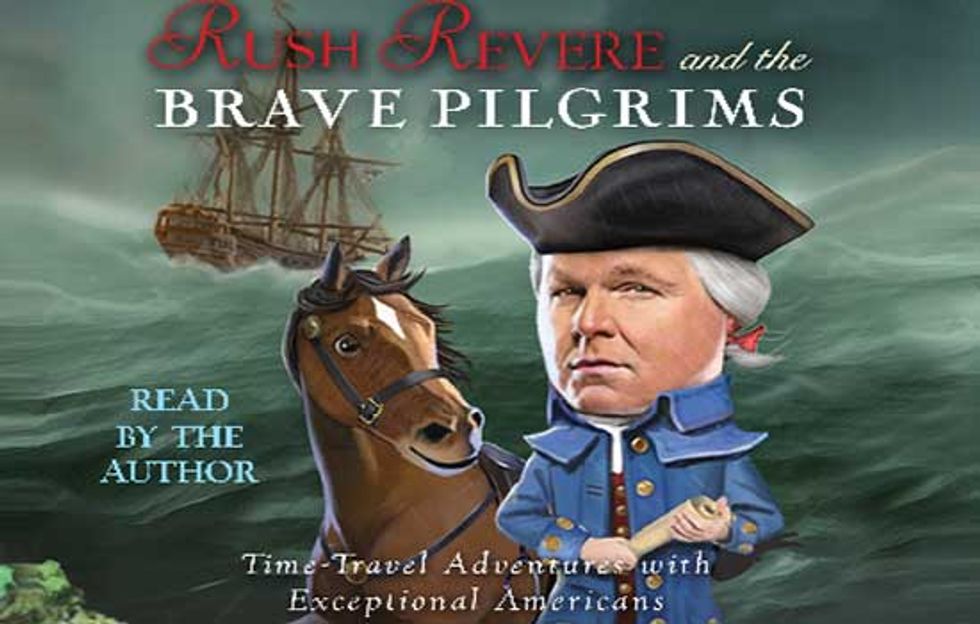 Get your helmets and flak jackets on, folks, because it's Culture War time again. The Republican National Committee isvery very concerned about the College Board's newly revised framework for the Advanced Placement U.S. History exam, condemning it for being way too LIEberal and for its "consistently negative view of American history." You can't say the RNC doesn't have its priorities in order! For instance, the exam framework doesn't even say that America is the Bestest, Freest, Most Wonderfullest Republic that ever existed in the world, and it also completely fails to say that Jesus handed the Constitution to George Washington. Worse, according to a resolution passed at the RNC's summer meeting last week, the new framework

reflects a radically revisionist view of American history that emphasizes negative aspects of our nation's history while omitting or minimizing positive aspects.

For instance, they worry that it doesn't include nearly enough cool war stuff, and it doesn't worship the Founding Fathers enough, and it "presents a biased and inaccurate view" of settlers in the 17th through 19th Centuries, and of "American involvement in World War II" and of "the development of and victory in the Cold War" -- that last, we're guessing, is a complaint that the framework doesn't credit Ronald Reagan as the sole architect of the collapse of the USSR and its European satellites. And the World War II guidelines probably don't sufficiently point out that Hitler headed the National SOCIALIST Party, either.

In addition, the resolution asks that the new standards be delayed for a year (while warning that Obama will be sued if he delays them through an executive order) and calls for a Congressional investigation of the dirty liberals who wrote the new testing framework. The RNC is also said to be mulling the option of trying them for treason, sedition, corrupting the youth, and stealing the Captain's strawberries.

Following the RNC's resolution, a coalition of two Fear Of Education groups, American Principles in Action and Concerned Women for America, published an open letter (closing with an appeal to please sign up for their mailing list and donate generously) complaining that the new framework portrays colonists "as bigots who developed 'a rigid racial hierarchy' that was in turn derived from 'a strong belief in British racial and cultural superiority,'" when in fact everyone knows that they merely wanted to build a great City on a Hill, just as soon as they exterminated the savages who lived on that hill and brought over some slaves to do the dirty work. The letter also was shocked, shocked at the notion that any historian would ever suggest that the nation's Westward expansion was anything but benign:

The new Framework continues its theme of oppression and conflict by reinterpreting Manifest Destiny from a belief that America had a mission to spread democracy and new technologies across the continent to something that 'was built on a belief in white racial superiority and a sense of American cultural superiority.

Besides, it's not like the people already living there were doing anything useful with the land anyway, the lazy pagans.

In response to the Very Legitimate Concerns of the people who would prefer that history be replaced with hagiography -- even if they don't know scary liberal words like that -- the College Board has published a Please Stop Shitting Yourselves FAQ and released a sample AP US History practice exam that's chock full of readings from Benjamin Franklin, Common Sense, the Declaration of Independence, and the Constitution.

Needless to say, wingnuts are still very unhappy -- Tucker Carlson's Clearinghouse For Scaring White People talked to Larry Krieger, a "retired teacher and popular author of test prep books who is a leading critic of the new test," who griped that the inclusion of actual readings from our founding documents is mere "window dressing" and dismissed the Franklin excerpt as something that "could have been by LeBron James," which is high praise indeed of the Cleveland sportsball player, who apparently was around in 1739 to witness the open-air preaching of George Whitefield as part of the Great Awakening. Besides, the AP Exam was perfect for years, why'd they have to go and change it -- now Krieger's test prep books are WORTHLESS, thanks to those filthy liberals. Besides, gripes Daily Caller education-paranoia correspondent Blake Neff, the College Board

has still declined to reveal who actually authored the test’s new framework. The Board’s refusal has fueled speculation that the standards may have been authored by very left-wing college professors, or possibly by ordinary grad students working as freelancers rather than by full professors.

Or maybe even by Barack Obama, Saul Alinsky, George Soros, and William Ayers. If the College Board won't identify the framework's authors, how will wingnuts know who to demand be fired?