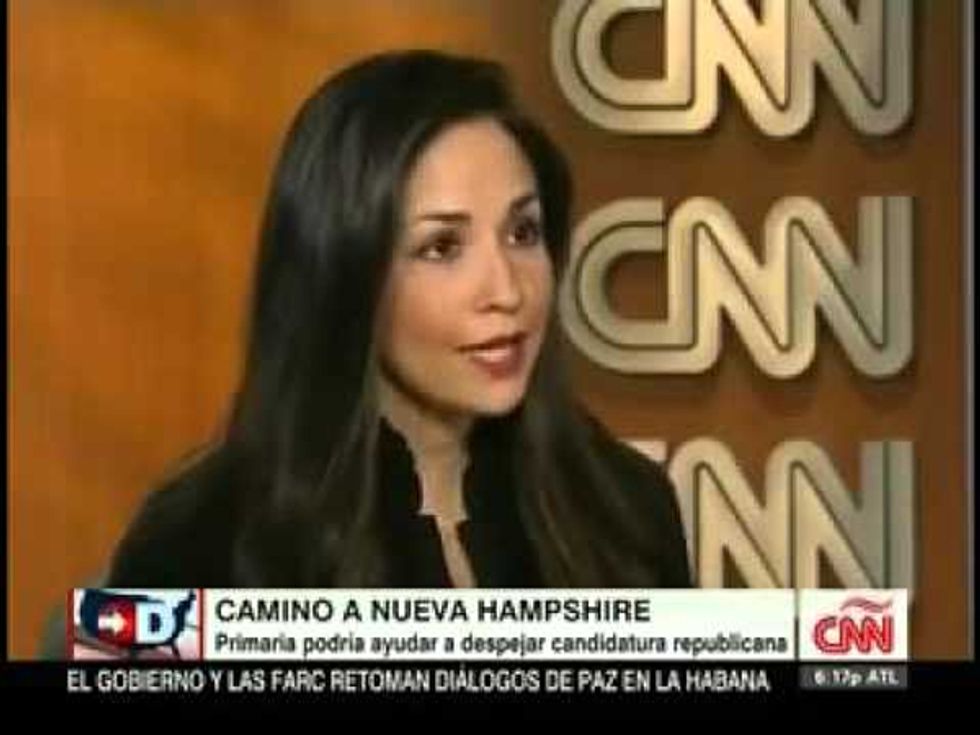 Ruth Guerra, head of Hispanic media relations at the Republican National Committee, confirmed Wednesday she'd be leaving the RNC for a position with a conservative super PAC, the American Action Network, according to the New York Times. Ms. Guerra, who is of Mexican descent, will no longer be in charge of taking the GOP's message to Hispanic voters. We can't for the life of us imagine why she would be leaving her job at the RNC just as the presidential campaign is gearing up.

The American Action Network is expected to spend millions on congressional races, and the new job is in essence a promotion, one co-worker said.

So that's probably it. She wanted a better job, and coincidentally would be working on congressional races rather than on the presidential campaign. Everyone likes a promotion!

Ms. Guerra told the Times, "I’ve had a great nearly two years at the R.N.C., and I’m excited for the new opportunities that I will have at A.A.N." That seems like an exciting new career direction, although the Times also points out it's fairly unusual for a high level party staffer to leave the national committee in the middle of a presidential campaign year, unless they take a job with the presidential campaign itself.

In her R.N.C. job, Ms. Guerra, a Texan who speaks fluent Spanish, was a frequent guest on Spanish-language television networks. In her new job, she “will be expanding her role as a conservative voice into congressional districts across America, on both policy and political issues,” said Mike Shields, president of the American Action Network.

Last year, Ms. Guerra said in a profile of up-and-coming Republicans under 30 that she looked forward to building stronger relationships between her party and a demographic that's increasingly been voting Democratic in recent years.

“As a Hispanic, I know that we have an opportunity with Hispanics/Latinos — they want to hear from us and want to know that we care,” Ms. Guerra said at the time.

We wish Ms. Guerra well in her new endeavor, although we're still at something of a loss to understand why she'd choose this particular time to move on to another job.

[wonkbar]<a href="http://wonkette.com/602439/employees-of-trump-university-say-it-was-high-pressure-sales-scam-whaaaaaat"></a>[/wonkbar]In unrelated news, presumptive Republican presidential nominee Donald Trump elicited angry boos from crowds at campaign speeches Friday and Tuesday simply by saying the name of Judge Gonzalo Curiel, who is presiding over one of the lawsuits against him, saying "the judge, who happens to be Mexican ... "

Judge Curiel was born in Indiana and has never resided in Mexico.