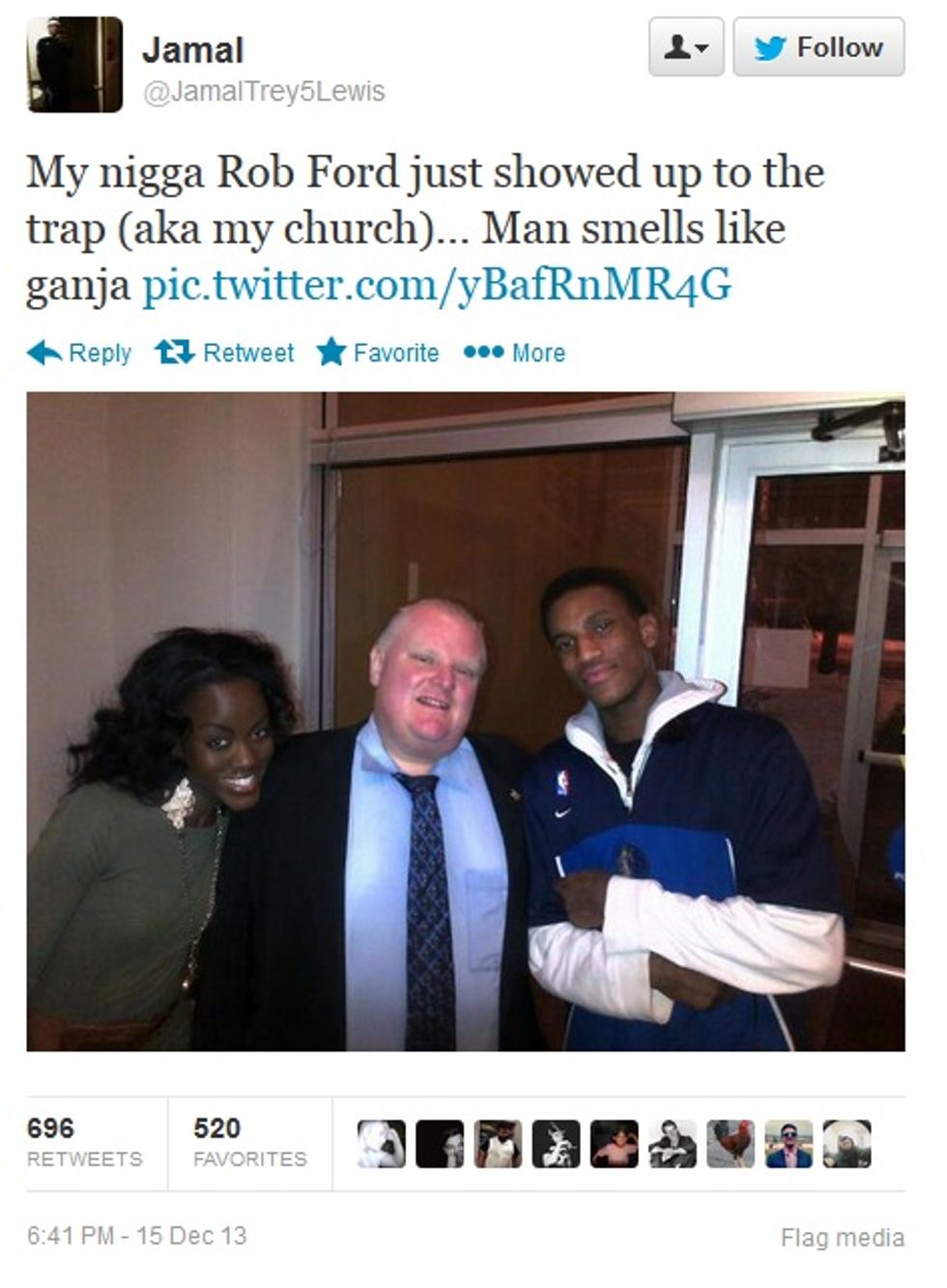 Here is video of Toronto Mayor Rob Ford's visit Sunday to the West Toronto Church of God, just doing what almost all white politicians are required to do at some point: dancing very badly in the presence of black people. Think Anthony Weiner, or maybe George W. Bush, even. It's a white guy thing, and Yr Doktor Zoom, well aware of his own tendency to Elaine It Up whenever taken by the terpsichorean muse, is somewhat loath to slag Ford for his arrhythmic spasms in this video. On the other hand, just look at him, dancin' like a jerkoff fool...(snrk!)

Is there any actual "news value" in this vid? Of course there is! It's a guy who looks hilariously unhinged in just about everything he does -- at least this time he's not comically mowing down a city council lady. Also, there is maybe "news value" in the tweet posted by Jamal Lewis, who got a photo with a genially sweaty Ford following the service:

So there you have it: Rob Ford, pretty much stripped of mayoral authority by the city council but still "in office," visiting churches and smelling (allegedly) like ganja. The man is a gift that just keeps on giving. So it turns out Santa is white after all.