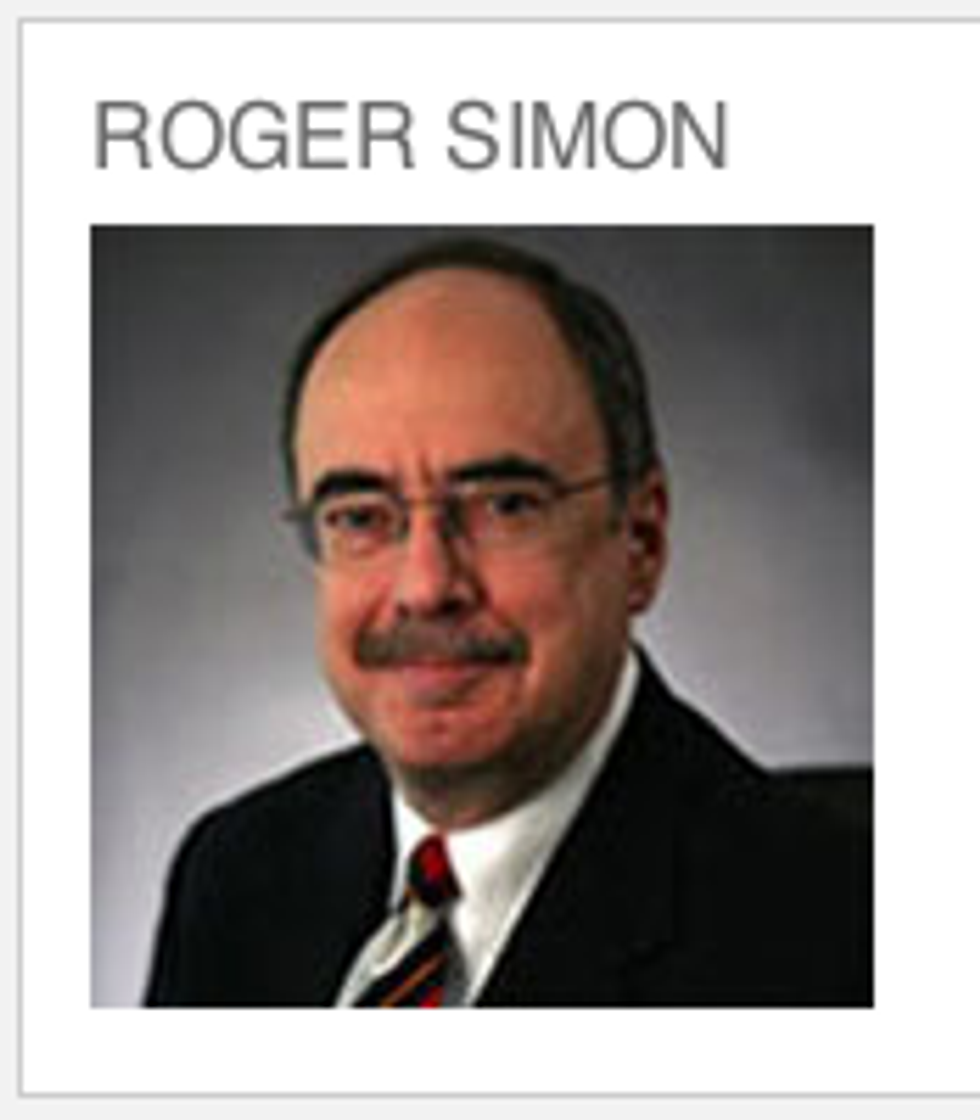 Roger Simon is paid a six-figure salary to be right about politics, so expect him to resign November 7, 2012 ifthis prognostication of his does not happen: Republicans are so worthless they may not even field a candidate for the first presidential election since 1852, and next year's contest will be a showdown between Barack Obama and Dennis Kucinich. Is Kucinich going to win? No, Kucinich is not going to win, Simon says, but he has a better chance than the Republicans. (We think that's what he's saying? It's hard to tell, because this column is so dumb.) Anyway, THE POINT IS, if something were to happen to Obama that took his life, Dennis Kucinich would win the presidency.

In a celebrity- and media-driven culture such as ours, being a political celebrity is a huge advantage. Campaign 2008 featured three: John McCain, Barack Obama and Hillary Clinton.

(I am defining a political celebrity as someone whose life and career are followed not just by people who care about politics but by a broader segment of the population. In other words, people who are fascinated by stars and superstars.)

It's confusing that Simon sets up this "political celebrity" thing as the basis of his column, because he spends the rest of the piece negating it. Donald Trump and Sarah Palin are celebrities, he says, yet they are the ones with no chance. He then says Mitt Romney is a "semi-celebrity." What? When's the last time Mittens gave an exclusive interview to Extra from rehab?

Is Dennis Kucinich a celebrity? Simon doesn't say, because he forgot that was what his column was about.

Hillary Clinton is still around, but she's not running, Simon decides; she's said she won't. Dennis Kucinich has also said he's not running, but the last time Simon heard him say that was August, so it doesn't count.

Could Kucinich really get the nomination in 2012? No. But should he do well among liberal Democrats in places like Iowa, for example, he could send a message to the White House.

Yeah, that would send a message to the White House. That nobody but three or four weirdos showed up to the Iowa caucuses.

It takes two wings to fly, and, so far, Obama has not been paying a lot of attention to his left one.

Oh, we had no idea Obama wanted to fly. He seems to get around fine with his legs, car, and airplane, doesn't he? Or is he secretly a bird and is supposed to fly? Or is Roger Simon slyly referring to pigs flying?

In conclusion, Roger Simon makes more money than you do. Money he should use to buy some medication. [Politico]