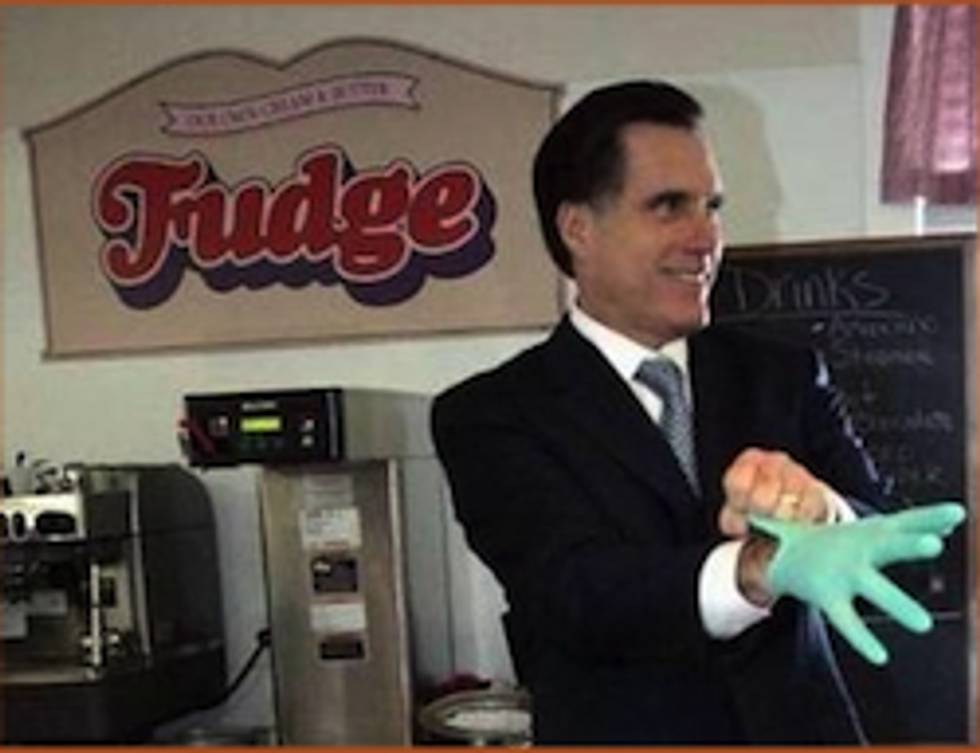 Mitt Romney just suggested that he would be fine -- totally okay with! -- a pledge that would prevent the Obama campaign from criticizing Romney's business career, the centerpiece of his campaign for president. "Family" -- no one's doing this anyway. There was a DNC horse ad once that was up for about 12 hours, and somehow that counted, okay, okay. "Taxes" -- just lay off, right? What is with this Obama and taxes. "Or things of that nature." What nature? Criticisms of Mitt Romney? You know, no criticizing me in the political campaign, yadda yadda yadda, the usual.

It's so pathetic. He's trying to run his primary campaign of bombing the opposition with SuperPAC ads exclusively, instead of getting one single speck of dirt on his hands. And even his "issues-based" criticisms of Obama are highly personal in a cowardly back-door way. "This President's economic policies show that he knows nothing about, wasn't really raised in, and absolutely hates America," and so on.

WILL OBAMA TAKE THE DEAL?

We're only one or two days away from a "I'm suspending my campaign to go back to Washington and get in everyone's fucking way" freakout. Ha ha ha ha.