Romney Voted Against Himself In 2010 Family Poll, Still Had To Run For President 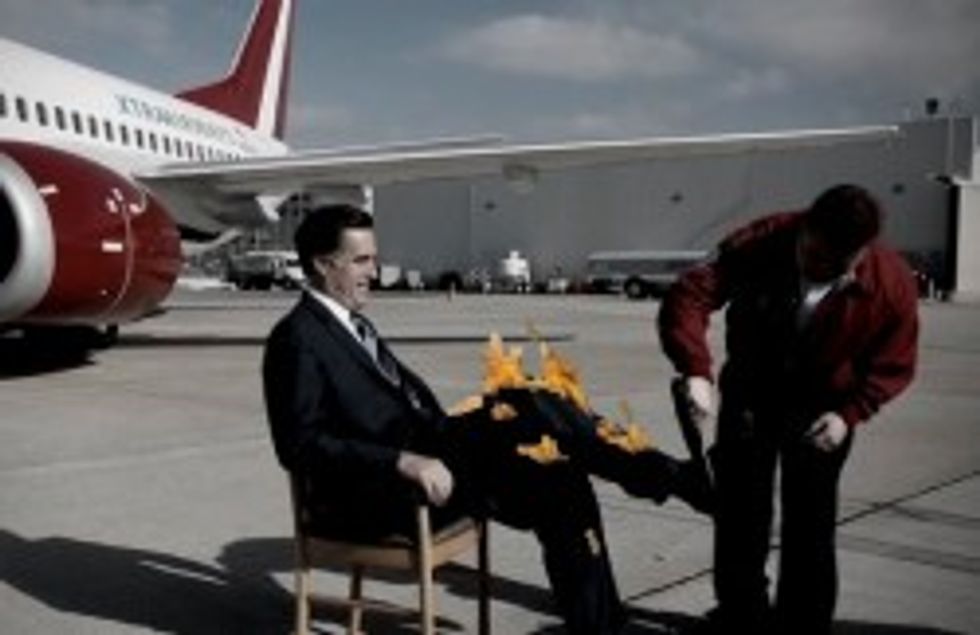 In deciding to run for President in 2012, Mitt Romney ignored his family's advice and his own vote in an informal family poll, according to an upcoming campaign book obtained by theHuffington Post. Sam Stein reports that over the 2010 Christmas holiday, the Romney family took a vote on whether he should run for President in 2012. Of the twelve votes, 10 were against the idea, including Mitt himself. Refusing to see this an inevitable foreshadowing of the rest of the country, and unable to override the "% become POTUS" command line in his programming, Romney was left with no choice but to run anyway.

Mitt Romney had other reasons to think that not running might be the wiser choice. Winning as a moderate from Massachusetts who happened to be Mormon was always going to be difficult. "A lot of the thinking on the part of my brothers and dad was, 'I'm not sure I can win a primary given those dynamics.'" Tagg Romney said. The prospective candidate also knew the sheer physical and family toll another campaign would take. "He's a private person and, push comes to shove, he wants to spend time with his family and enjoy his time with them," his son said. "Even up until the day before he made the announcement, he was looking for excuses to get out of it. If there had been someone who he thought would have made a better president than he, he would gladly have stepped aside."

Not that any of this sounds like post-loss excuse-making, not at all! The book also "reveals" that Romney ultimately decided to jump into the race when he saw the other loons who were running:

"I didn't think that any one of them had a good chance of defeating the president," he told Balz, "and in some cases I thought that they lacked the experience and perspective necessary to do what was essential to get the country on track."

This is actually a true statement. And a sad statement that the GOP could not find any suitable candidate to run against a socialist Muslim presiding over a recession and high unemployment who just rammed through the largest expansion of health care in a generation. And yet, for some reason, possibly having to do with his tendency to say terrible things that alienated broad segments of the electorate, Mitt Romney did not win.

A few other News McNuggets gleaned from Balz's book:

Balz also says that Romney told him that his first reaction after losing the election was to fear for the country, because deficits, but we're betting that's only because Romney was incapable of explaining the mysterious liquid that was leaking from his ocular units, or the strange empty sensation overloading his circuits.