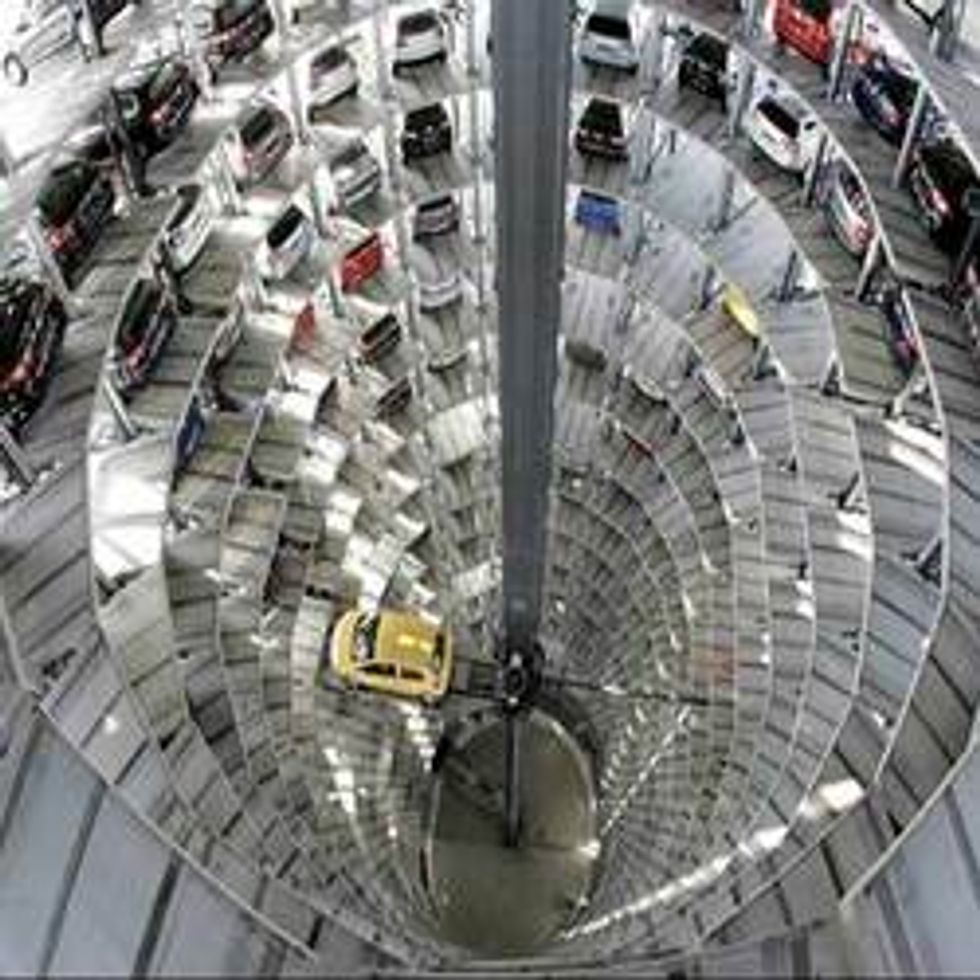 In 2008, blight on society Mitt Romney called for the government to "let Detroit go bankrupt" in none other than a New York Times op-ed called "Let Detroit Go Bankrupt," published a week after the loser he lost to lost to Obama. Romney continued to hold the beliefs ghost-written in that article well into late 2011 or so. What Romney called for -- "managed bankruptcy" -- did end up happening, in addition to, as you will recall, government bailouts authorized by Presidents Bush and Obama. Romney was fully against bailouts. AND YET! Now Mr. Mitt has announced that he "takes a lot of credit" for the auto industry's recovering. THIS GUY IS GOOD.

Romney did a cozy little interview with the Ohio news station WEWS-TV on Monday. During the interview, he said basically that now that the auto industry is doing well, you can thank him, Mitt Romney, a two-time failed president (your Wonkette is a soothsayer but you may kill her if this particular sooth turns out to be rubbish). Via the Huffington Post:

I pushed the idea of a managed bankruptcy. And finally, when that was done, and help was given, the companies got back on their feet. So I'll take a lot of credit for the fact that this industry's come back.

According to the federal judge who presided over Chrysler's bankruptcy in 2009, the company would not have survived without the bailout.

says Obama spokesperson Ted Strickland. Well, the guy does know a lot about making companies disappear, and also about how you can always be right about everything, truly everything, just by looking at it in a certain way.