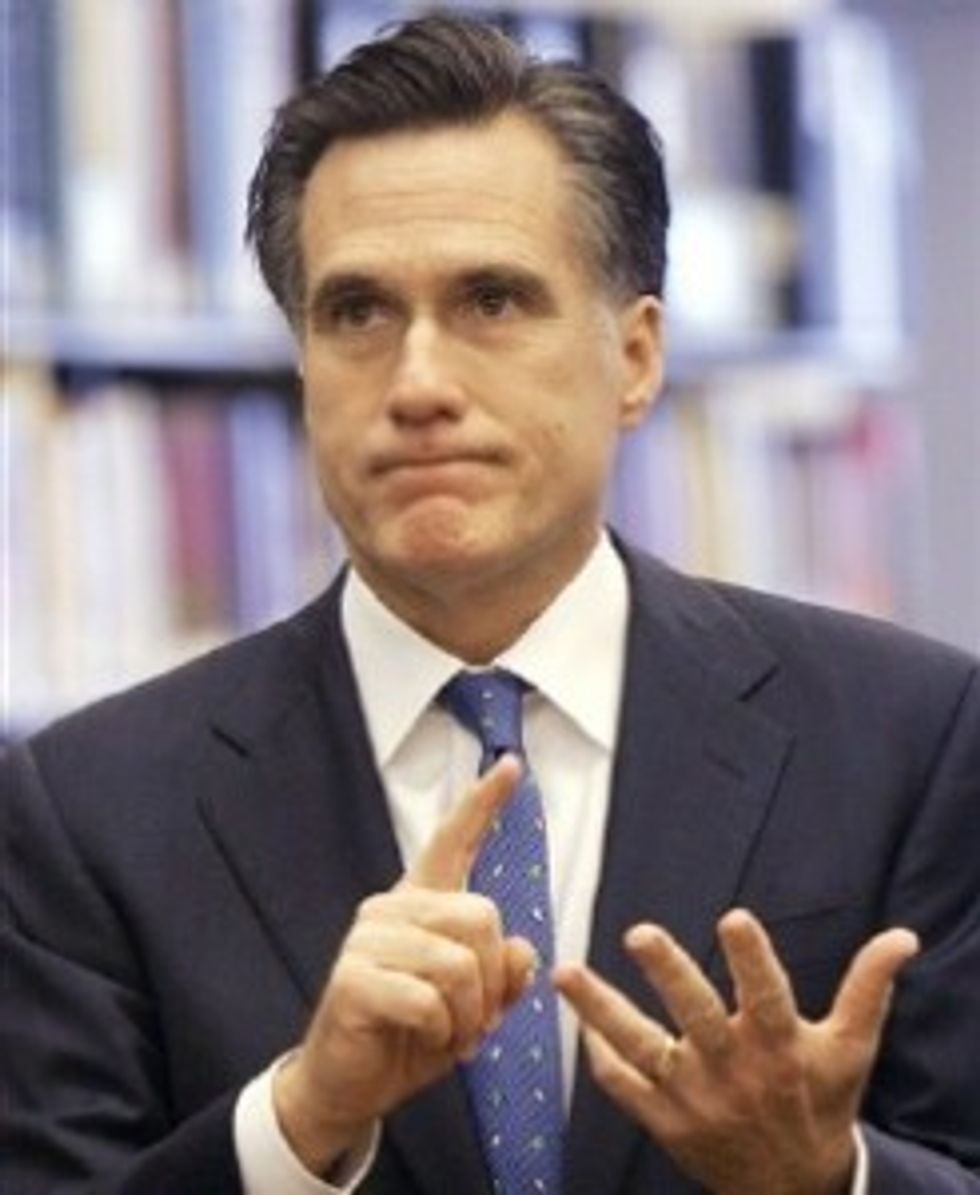 Faced with attacks from the left, right, leftish, righter and center forward, Mitt Romney has spent his days in South Carolina focusing on trying to make people forget about Bain by talking about it constantly. After Sarah Palin and the rest of the world called out Romney, or at least called on him to get more specific about the alleged 100,000 jobs his work at Bain created, Romney decided to say Thursday that there was "proof" of those jobs on the websites of the companies that he didn't bankrupt. But for the most part, the "100,000" is being dropped from the playbook. In fact, in a matter of six days, it looks like the Romney camp has gone from saying "over a hundred thousand jobs" to "tens of thousands of jobs" to rolls-off-the-tongue "thousands of jobs." Happy Friday to you.

This video illustrates what Talking Points Memo calls the mid-January and hopefully continual "devolution" of Mitt Romney. It shows the candidate making the 100k claim during a New Hampshire debate (which, to be fair, he did also stick to in an appearance one day ago), but then slowly and sneakily changing campaign statements to reflect his complete lack of knowledge of the actual number.

It's the "I caught a big fish" joke come to life, as this guy points out. The positive integer now stands at a healthy but still suspect "thousands." Today, expect that number to morph into "greater than 108 but less than 110," and by early next week, "baker's dozen." [TPM]