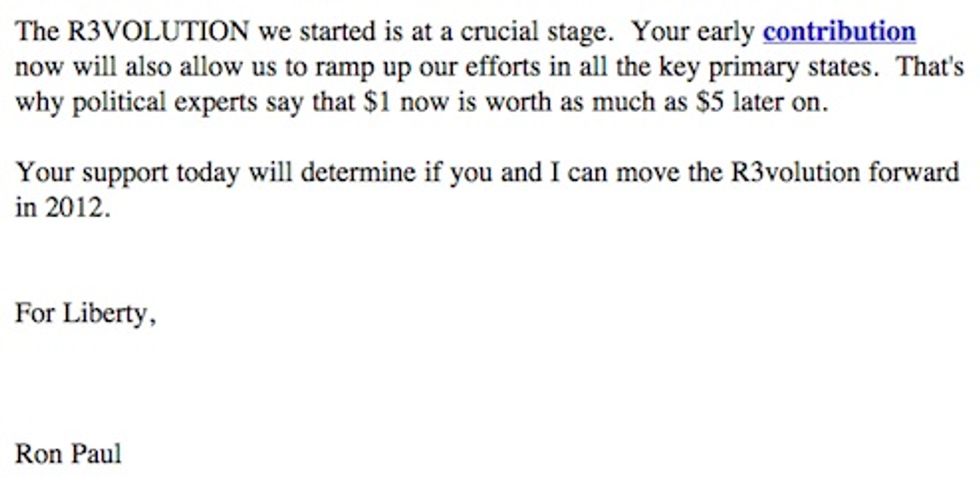 To the delight of microwaveable snack industry executives nationwide, sex god Ron Paul and other sex god Barney Frank are introducing the nation's first "HOW ABOUT WE FINALLY LEGALIZE THE MARY-JUANA" bill, which, eh, probably has no chance, but maybe now America can Have a Conversation about the "drug war," which is not actually a war but a very lucrative way for privately-owned prisons to make money off states by filling jails with harmless, hungry pot consumers. The bill would mostly limit the ability of the federal government to intervene with state laws regarding pot sales, because this is Ron Paul we are talking about. Perhaps not coincidentally, we also received a confusing but adorable e-mail from adorable presidential candidate Ron Paul asking for a donation today:

What is this "R3VOLUTION" thing he is talking about? Is this hippie language? Does Ron Paul think we are hippies? We are not hippies, but probably all hippies and high school seniors everywhere will now vote for Ron Paul. Ron Paul/ John Lennon 2012! [LA Times]