Roses Are Red, Violets Are Blue, Sean Penn Wrote Some Bullshit About #MeToo 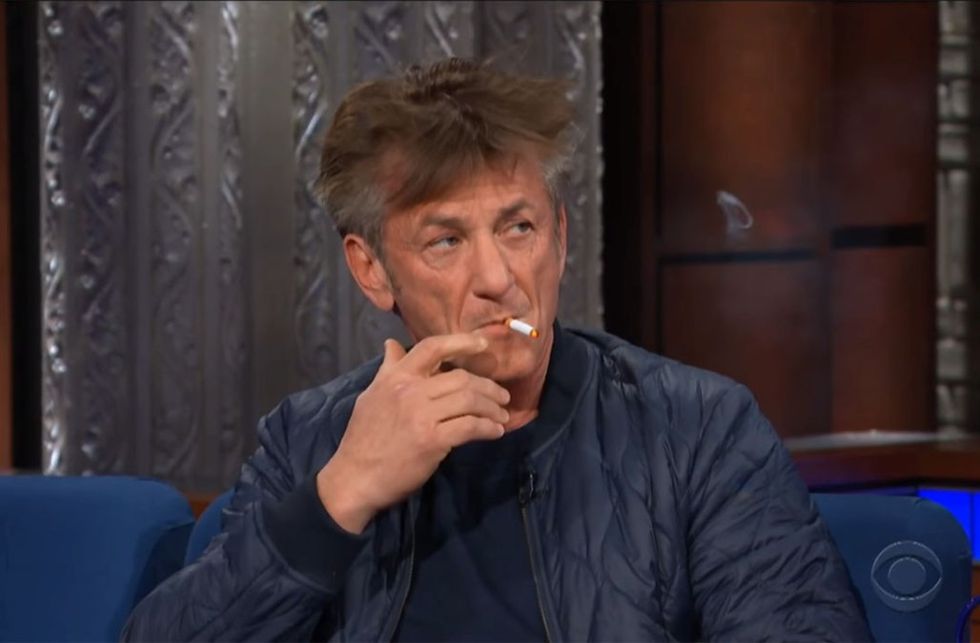 There are maybe five living non-teenagers in the world who have any business writing poetry. Sean Penn is not one of them.

In case you were not aware, Jeff Spicoli has written a novel. It is called Bob Honey Who Just Do Stuff, and it is reportedly very, very bad. Included in this novel is a poem about the #MeToo movement. It is a very, very bad poem.

Where did all the laughs go?

Are you out there, Louis C.K.?

Kept us on our toes;

Was it really in our interest

And what’s with this ‘Me Too’?

This infantilizing term of the day...

Is this a toddler’s crusade?

A platform for accusation impunity?

Due process has lost its sheen?

But, fuck it, what me worry?

The irony here is that Sean Penn is pretty much the poster boy for accusations of being shitty to women not exactly being enough to ruin one's life or career. For years, he has been dogged by the rumor that he once tied Madonna up for nine hours with electrical tape and a lamp cord and beat her. He denies it, Madonna denies it, and it's likely we'll never really know what happened. I certainly won't say I do. The most we know for sure is that she did file a police report, which has since been lost. We know that he threatened to cut all of her hair off, as both of them have admitted to that. And that's pretty fucked up on its own! But if mere accusations were met with such impunity, he probably would not have much of a career these days, now would he?

But he does. And Louis CK will probably have one again. Rumor is that he's already starting to come out of hiding and plan for his comeback.

Not to get too deep here -- but what this is is a terrible poem about the fetishization of female selflessness and sacrifice. Penn is not angry at these women for saying things that are not true -- because they are true -- but rather for not "taking one for the team" and just shutting up about being sexually harassed so he can enjoy his comedy and news programs guilt-free. Not only did these harlots commit the sin of disrupting the natural order of things by rejecting their feminine duty to selflessness, they then had the gall to compound it by getting something "selfish" out of it -- being honored by Time Magazine.

Wonkette is ad-free and funded SOLELY by YOU. Every little bit helps!