Run For Your Lives, The Apocalypse Is Coming, And This Time It's Mormon! 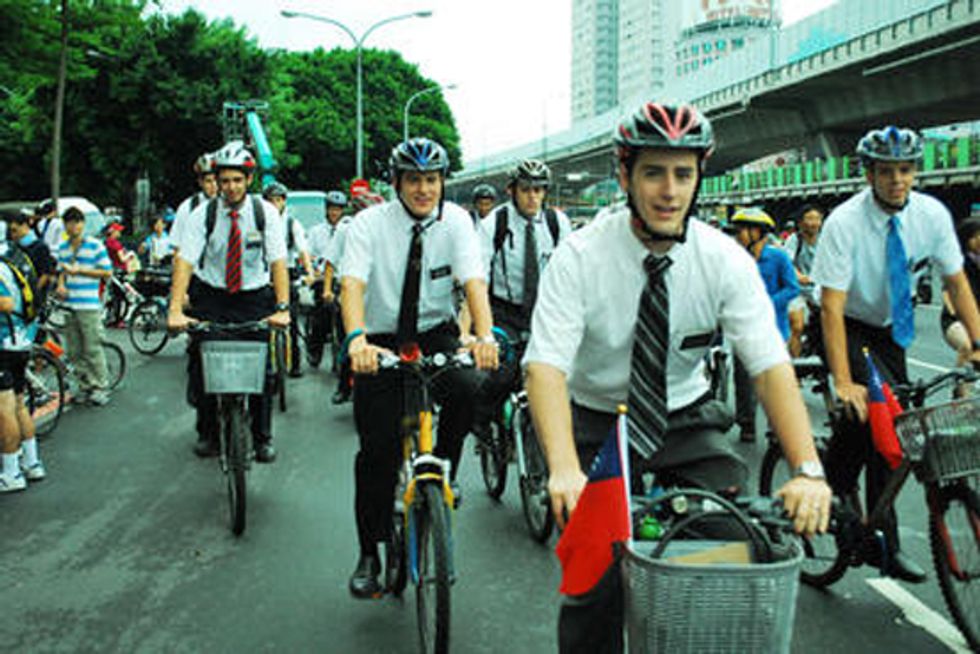 The living will envy the dead

Any time you start getting too cocky about how we're a modern technological society that has space exploration and fancy digital watches and everything, it's nice to see a reminder that at least some of us are still impressed by astronomical coincidences, mystical hoodoo, and plain old End Times religious panic. Keeps us humble. Take, for instance, the belief among some Mormons that September is going to bring the end of the world, or at least a devastating economic/societal collapse, as predicted by ironclad prophecies that a popular Mormon writer lady pulled out of her head after she briefly visited Heaven. People are stocking up on dried food, getting their survival gear in trim, and preparing to hunker down for the end, because why not? The world's always ending somewhere.

HuffPo has the scary supernatural details:

Here’s how the doomsday scenario plays out: History, some preppers believe, is divided into seven-year periods — like the Hebrew notion of “shemitah” or Sabbath. In 2008, seven years after 9/11, the stock market crashed, a harbinger of a devastating recession. It’s been seven years since then and Wall Street has been fluctuating wildly in recent weeks in the wake of China devaluing its currency.

Thus, they believe, starting Sept. 13, the beginning of the Jewish High Holy Days, there will be another, even larger financial crisis, based on the United States’ “wickedness.” That will launch the “days of tribulation” — as described in the Bible.

Sept. 28 will see a full, red or “blood moon” and a major earthquake in or near Utah. Some anticipate an invasion by U.N. troops, technological disruptions and decline, chaos and hysteria.

It's always fun when one religion borrows another's holidays and decides they're a sign of planet-wide doom. So we're two days into the collapse of civilization and so far, all we've noticed is that Donald Trump continues to do well in the polls, which is scary all right, but would look a lot more apocalyptic if it were September 2016. Check back on Sept. 28 and we'll let you know if the streets are full of blue-helmeted shock troops, assuming they finally make it out of the Operation Jade Helm tunnels under Texas's Walmarts. (If the world doesn't end this month, they could be down there for years and evolve into mole men. You never know.)

Much of the End Times speculation comes from books by a popular Mormon writer, Julie Rowe, who has published books with titles like A Greater Tomorrow: My Journey Beyond the Veil and its sequel, The Time Is Now, in which she writes that during a "near-death experience" in 2004, she went to heaven and was given the gift of prophecy. This makes perfect sense to some people, so she took to the bookstores and the airwaves:

Though Rowe rarely gives specific dates for predicted events, she did describe in a Fox News Radio interview “cities of light,” including scores of white tents where people will live in the mountains and sometimes be fed heavenly “manna.” She she saw a “bomb from Libya landing in Israel, but Iran will take credit.”

And “Gadianton robbers” of Book of Mormon infamy, meaning secret and corrupt leaders, are “already here.”

Needless to say, the Bad Guys are going to be the UN and probably the traitors currently forcing gay marriage and Islam down our throats everywhere, as Rowe warns, like every other End Times loon: "We need each other as we unify in righteousness and continue to build a righteous army. When we need to defend the Constitution, we will be ready."

In other words, load up on guns and bring your friends. Or lock them out of your bunker if they didn't prepare in time.

As occasionally happens when some LDS nutter takes the church's doctrine of individual revelation a bit too far, LDS officials have sent a memo to the church's educational administration advising them that no, this isn't doctrine, and that while Rowe is still a member in good standing of the church:

[H]er book is not endorsed by the church and should not be recommended to students or used as a resource in teaching them. The experiences … do not necessarily reflect church doctrine or they may distort doctrine.

Also, too, at a 2011 conference, an actual "apostle" of the church, the late Boyd K. Packer, took pains to downplay End Times speculation among Mormons, telling them that Jesus isn't coming back anytime soon:

“You can look forward to doing it right.” Packer said, ” — getting married, having a family, seeing your children and grandchildren, maybe even great-grandchildren.”

International Business Times notes that Mormons aren't the only ones freaking out about the end of the world in September; last month, NASA clarified that there aren't any world-destroying asteroids on their way, at least not this month:

“There is no scientific basis – not one shred of evidence – that an asteroid or any other celestial object will impact Earth on those dates,” said Paul Chodas, manager of NASA’s near-Earth object office at the Jet Propulsion Laboratory in Pasadena, California, at the time. “If there were any object large enough to do that type of destruction in September, we would have seen something of it by now.”

But Donald Trump? He's still real, and the gravitational field created by his ego has been known to create distortions in the space-time continuum when people get too close to him. We are not out of the woods yet, people.