Rush Limbaugh: 'All Hillary Is Is A Secretary' 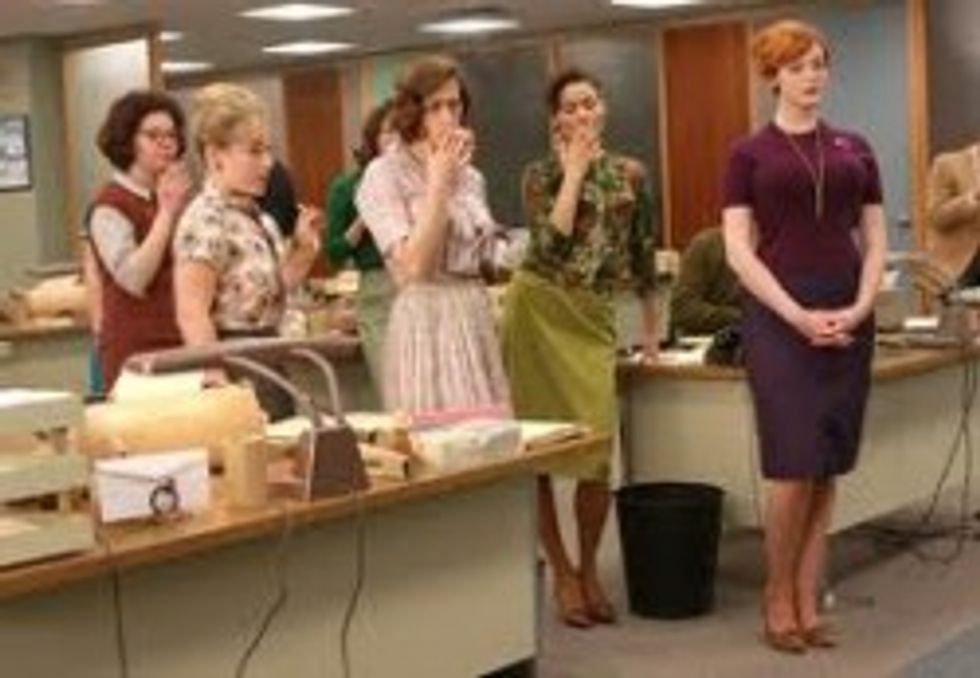 Sorry, bloated wormy trichinosis-filled pig anus Rush Limbaugh, but we prefer the term"administrative assistant" when you guffaw and chortle and all those other phlegm-rattling verbs that Hillary Clinton, the most powerful woman in the world besides the chick who wrote The Hunger Games and maybe Beyonce, is just a "secretary." Hillz, doll, wouldja be sure to make Rush's half-decaf this time, sweetie, while you're going on that secretarial coffee run in between your other secretarial duties, like ... hmmmm, what do secretaries of state do all day anyway? They file their nails, right? Collate things? Lots of collating. Blow jobs probably, if you are Secretary of State of Mad Men. (Also: always be bringing more ice.) Lessee what else? Nothing. There is nothing else a Secretary of State does besides some light phone work, nothing at all.

It is so funny that people make such wild claims about Rush Limbaugh being "sexist." As if! He is the first to tell you, he opens doors for women and buys them whore diamonds! Here have some fun listening to Rush Limbaugh being roguish and raffish and all other manner of sexy adjectives that should make you wanna climb right up and take a ride on the Rushbo.