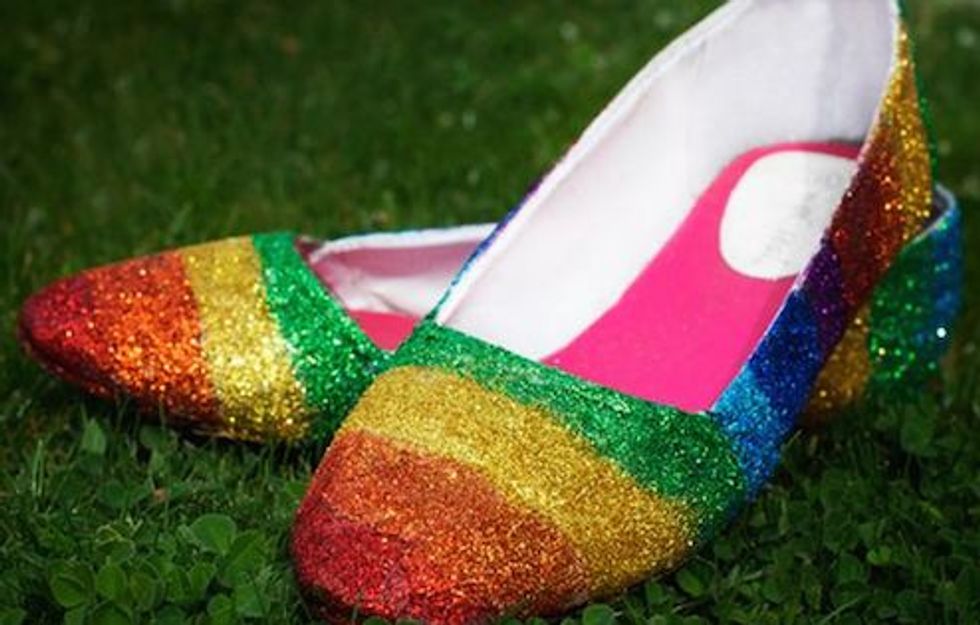 OK, we almost passed on writing this, because the whole thing just seems too good/bad to be true, too perfectly tailored for a good solid skewering by yr Wonkette. However, we haven't found anything on the internet to debunk this bad boy, so we're going in.

Have you been enjoying your liberal elitist World Cup? With all the multiculturalism and the face-painting and the legitimately sexy haircuts, it's no surprise that good God-fearing nations like Russia and Spain were knocked out early. And thank the lord above, because apparently sticking around too long means you will turn gay, mostly because you will no longer be able to resist the hypnotic homosexxyness of the brightly colored shoes the soccer players wear.

See? We told you it was perfect.

Priest Alexander Shumsky seems to have taken particular exception to the brightly colored footwear on display in Brazil, writing in his column on Christian website Russian People's Line that players who wear green, yellow, pink or blue shoes helped promote the "gay rainbow."

"Wearing pink or blue shoes, [the players] might as well wear women's panties or a bra," Shumsky wrote, adding that he was also offended by the "unthinkable" hairstyles of some of the players in Brazil.

So wait. Is "blue for boys" not a thing in Russia? What color shoes do manly Russian men get to wear? We spent approximately 30 seconds surfing the internet to see what color shoes butch icon Vladimir Putin wears, but we only turned up pix of him in black dress shoes. We were sorta figuring there would be one of him in cowboy boots out there somewhere. Like maybe Rick Perry sent him a pair or something. No luck though.

"The liberal ideology of globalism clearly wants to oppose Christianity with football. I'm sure of it. Therefore I am glad that the Russian players have failed and, by the grace of God, no longer participate in this homosexual abomination," the priest wrote in his online column.

Sounds like someone has a serious case of sour grapes and is really working hard to rationalize their team's early exit from this year's World Cup.

Also, dude, we hate to break it to you, but ladies really really really like soccer players, and not in a "you're my best gay friend let's go clubbing" sort of way. Have you seen their abs?

Seriously, that dude could wear red ruby slippers and still get it from ladies, dudes, vintage muscle cars, tree trunks, whatever he wants. Sorry you suck at soccer, Russia, and sorry you hate freedom and sexxxy abs. We corrupt Westerners will take the risk of being infected with the gay just to gaze upon those six packs all day long.

[The Moscow Times via Mediaite]