Ryan Zinke Says No Oil Rigs At Mar-a-Lago, For Science Reasons He Definitely Did Not Just Make Up 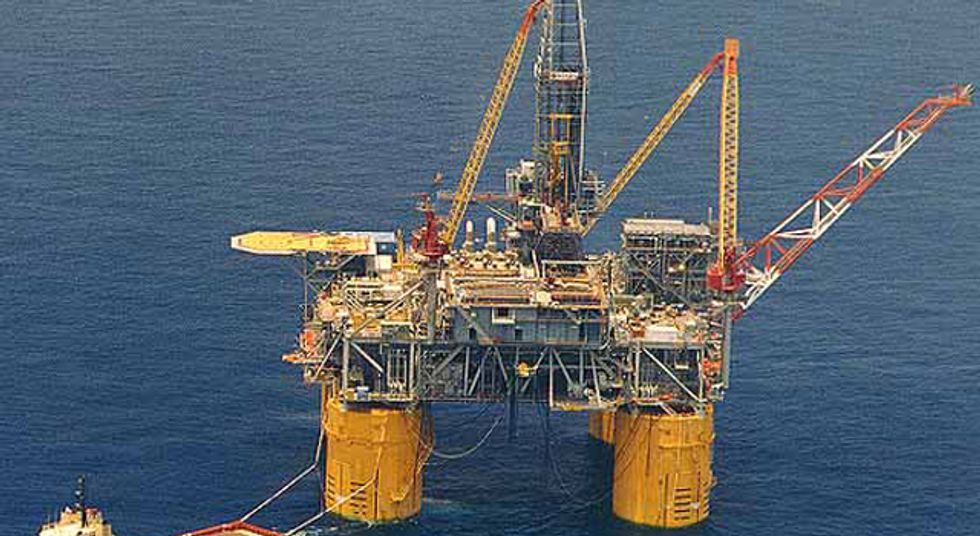 Interior Secretary Ryan Zinke has a brand-new explanation for why he announced Florida would be exempted from the administration's plan to open up most US coastal areas to oil and gas drilling. In an interview on CNN Tuesday, Zinke explained Florida has very special "ocean currents" and "geology" that make drilling there a bad idea. Funny, that's a rather different explanation from what he originally said three weeks back! Back in those olden times, Zinke said on the Twitters that Florida "is unique and its coasts are heavily reliant on tourism as an economic driver."

But now it's more about other stuff, he explained. Also, no, Florida is not getting special Mar-a-Lago treatment just because Mar-a-Lago Governor Rick Scott is planning a Mar-a-Lago run for the US Mar-a-Lago Senate:

"In the case of Florida, the governor asked first for an immediate meeting and every member on both sides of the aisle contacted my office, wrote letters on it. So Florida is unique. As well as every other state has theirs," Zinke said.

"Not every state has all the members against it and the geology is different, the currents are different and so looking at it, we're going to take the process, go through it, meet with every governor personally," he added.

See? The decision is not political, it's just that in Florida, the entire bipartisan congressional delegation spoke out immediately against offshore drilling, while other coastal states have too many Democrats to take seriously, and those with Republican governors will definitely be listened to, for sure. Zinke is definitely not making this shit up as he goes along. And Florida is unique. Just as every state is unique. But Florida asked first, is all. Uniquely.

Zinke didn't quite specify how Florida's "ocean currents" or "geology" are unlike all others. Perhaps he's waiting for the Four Hydro/Geological Questions to be formally asked during a Seder.

Yr Wonkette won't pretend to have any geological expertise, but we do know that, on land, at least, Florida's unique geology makes cities especially vulnerable to flooding. The southern part of the peninsula is mostly porous limestone, so that even seawalls won't keep rising sea levels out of Miami, since the water already just comes up through the bedrock. That landlubber geology raises significant issues for the state's future (because whatever Republicans say, climate change is real), but we haven't the least idea whether or how it might affect offshore drilling. But if Zinke's saying it, it's a fair bet he's making shit up.

Zinke again insisted local input matters a great deal to him, so the plan for offshore drilling is far from set in stone (whatever unique geological properties that stone may have, particularly if it's on the Florida-adjacent seabed):

"Our plan was to open up everything," he said. "Take a look and show Americans what potential we have. And then work with the governors, work with all the stakeholders, the House, the Senate and shape the plan."

Is that a good way of making policy? We'll plan to drill everywhere, then wait to see who can persuade us not to, then drill what's left?

Also too, it's unclear how official Zinke's drilling exemption for Florida really is. While Zinke has tweeted and talked about it in the media, Walter Cruickshank, the acting director of the Bureau of Ocean Energy Management, which actually manages offshore leases, told a House subcommittee last week that Zinke's public statements didn't constitute a "formal action," and that as far as his agency was concerned, plans for drilling off Florida were still being analyzed. No actual decision would be made until that analysis was completed.

Still, he said, "the secretary’s decision will be reflected in the proposed program decision," which we assume is Bureaucrat for "we're still waiting on a memo."

Or it could just be that in Trumpworld, nobody really knows what the fuck is actually going on -- again, always a safe opening bet.

Yr Wonkette is supported by reader donations. Please click here to send us money, if you have the stones.