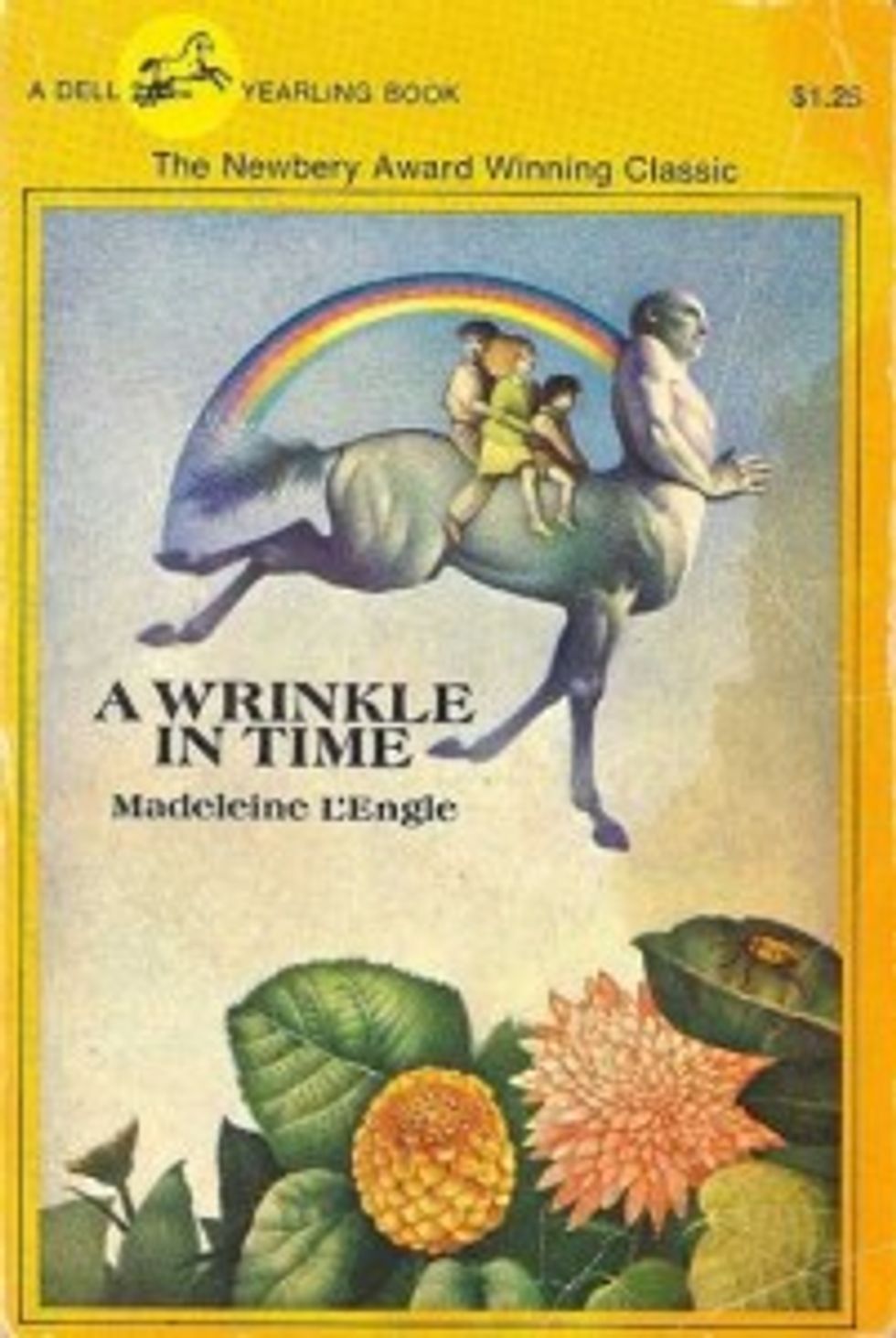 Oh that Jezebel, with its commenters yawling about cisgendered heteronormativity and whatnot. But italso has Lindy West! Here, for your Sunday morning, is Ms. West throwing a dude's box of garbage into the ocean, lighting the ocean on fire, and tesseracting to another dimension, because every woman who was once a girl read A Wrinkle in Time times 50 back when she was but a young Meg.

Dude wrote a list of the "32 Things Every Man Should Do," most of which are variations on his obsessions with boldness and determination (it's in the URL so you know he's srs). And it's...amazing:

Physically build something—Nothing says girly man like an inability to build even the most simplest of objects. If you can't build a bookshelf or a nightstand it's high-time you get to building.

Then he talks about how his grandpa made him a bookshelf and he honors it above all other bookshelves. Fine, Franz. Your bookshelf really pumps you up. But I just have to ask, what's more "girly man"—not being able to build a nightstand, or using the word "nightstand"? Real men call it a "that table thing."

Build a business - Working for someone else is a soul-killer. Taking orders is for order-takers.

Setting aside the remarkable phrase, "taking orders is for order-takers," let's break this down a little. Doesn't leading encourage following? So if working for oneself is the only manly option, because men are supposed to be leaders, then aren't you deliberately undermining other males? What does this dude think of his employees? Are all of his male employees insufferable girly-men who wouldn't know a nightstand if it davenported them right in the credenza? So does that mean that he only hires female employees in the name of male empowerment? Because that's actually pretty progressive. Nice work, bro. Full circle.

This has been your test post to see if Advomatic has indeed airlifted Wonkette to safety from the Hostgator POW camp. THREE AND A HALF DAYS ALAN!

In conclusion, someday we will steal Lindy West from the Jez, and she will roam the wilds of yr Wonket like a happy painted pony, for freedom.