Sad Pepes: The Frog Is Dead, As Are Alt-Right Dreams Of A Fascist France 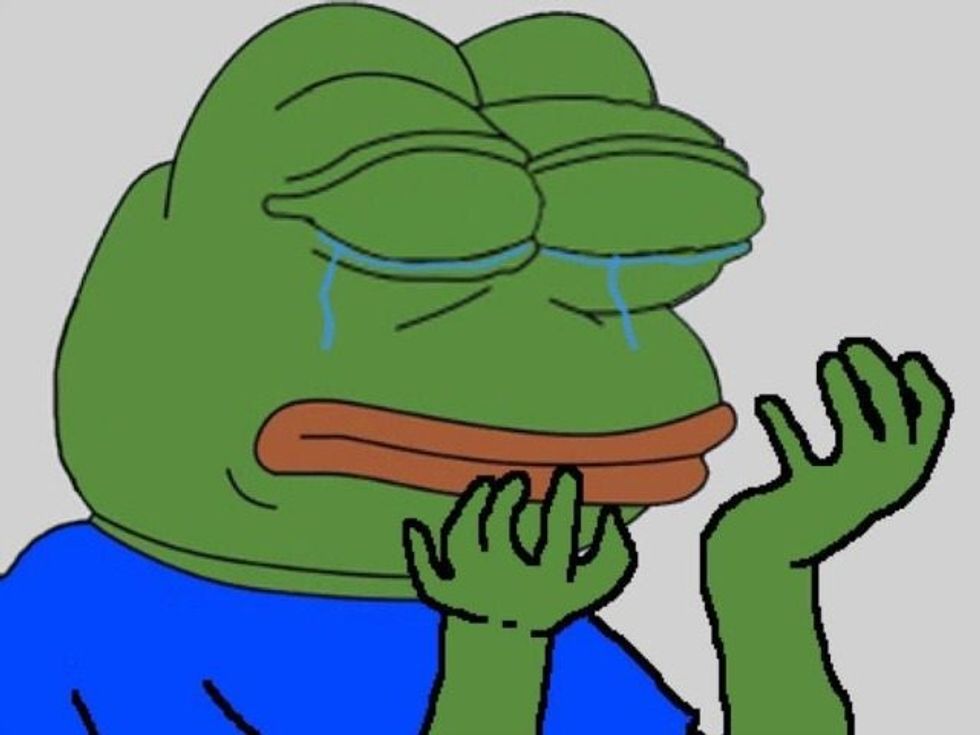 'Twas a sad week for the alt-right. Sure, some of their dreams came true, but as excited as they were about the prospect of 14 million people losing their health insurance and hopefully dying at the all powerful hands of the free market, that joy was tempered by disappointments, like the rather timely death of their official mascot, Pepe The Frog.

After fighting an uphill battle to reclaim the feel-good image of his popular character after it was perverted by a culture of hate, cartoonist Matt Furie laid to rest Pepe the Frog in Fantagraphics’ Free Comic Book Day offering, “World’s Greatest Cartoonists.” In a one-page strip, Pepe lies in an open casket while “Boy’s Club” friends Landwolf, Brett and Andy mourn him in their irreverent fashion.

Long story short, Matt Furie, the guy who initially created the character of Pepe the Frog, was so horrified by what had been done to the character by gross white supremacists that he decided it was better that he die. Which is fair! Can you imagine how much it would suck to make a thing and then have it co-opted by such people? You would not be too happy, and you would definitely want the whole world to know that you were not one of them. Clearly, he had no choice but to kill him off.

AS IF THAT WEREN'T ENOUGH, they also lost the French election. White supremacist assholes from across the world were particularly invested in the weekend's contest, believing that if their beliefs could come to the notoriously liberal France by way of Marine Le Pen, there was no way they could be defeated elsewhere. Alas, it would not be, as Emmanuel Macron handily defeated Le Pen on Sunday.

Hearts were broken. Especially on 4chan, which had hoped so very much to be able to meme Le Pen into office.

Words of comfort were offered. Because hey! Hitler didn't need to win an election, now did he!

Except that they did!

Gee! What nice, kind, normal human beings these people are. It sure is sad that they did not get to take over France like how they wanted!

Wonkette is supported solely by readers like you. Please help us continuing laughing at these dickwads FOR EVER.