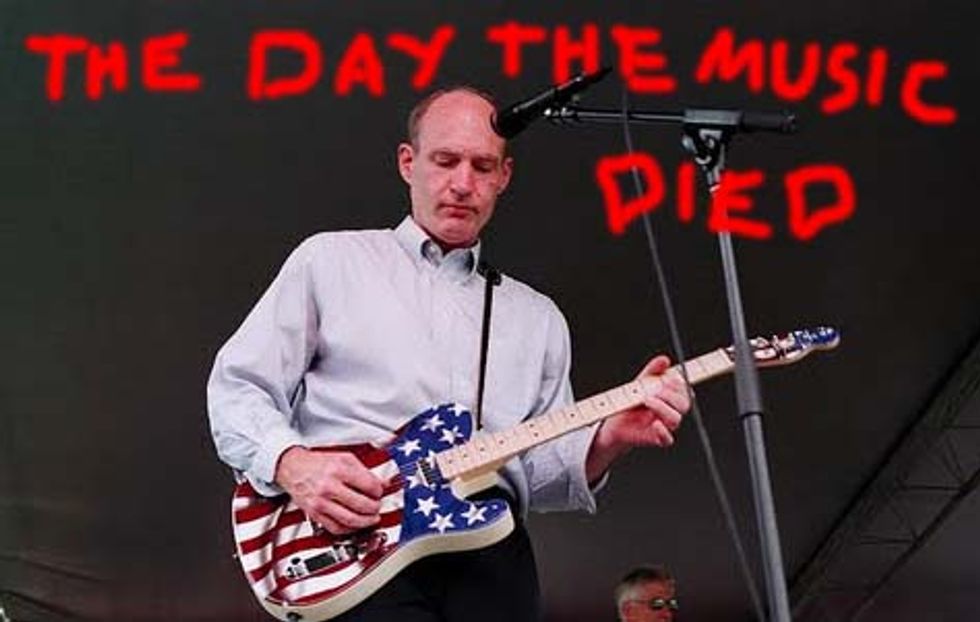 O Thaddeus McCotter, we barely knew ye! (Actually we didn't, at all.) Guitar-clad Thad is dropping out of his own struggling GOP presidential campaign tour, reportedly to go play backup for Mitt Romney's death metal stadium tour. We hear Mittens has wild groupies! It is hard to write a sort of "presidential run obituary" on this one, because the only thing anyone on the whole Internet knows about Thaddeus McCotter is that he plays guitar and also this stuff we wrote about him exactly one other time, when he announced his bid. So, here is our tribute to Thaddeus McCotter, goodbye forever!