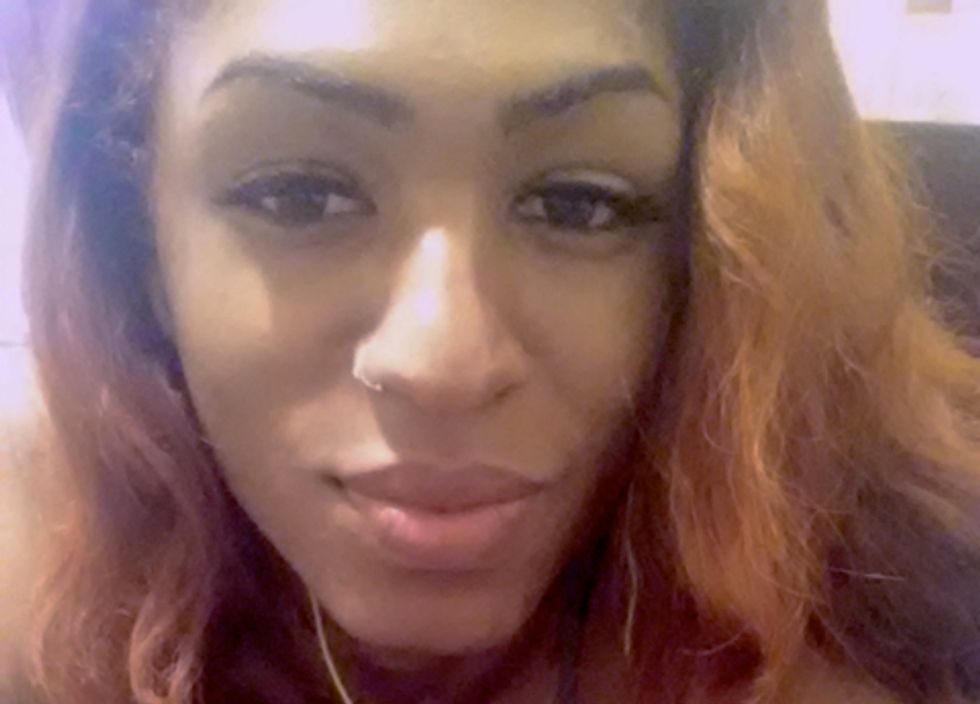 One of the interesting things about the fight for LGBT acceptance and equality over the years is that corporations -- even some of the evil, obnoxious ones -- were way ahead of the gummint when it came to getting their little heads around the idea that, you know, hey, maybe the gays and the trans people and all the various other whatnots might ACTUALLY be great employees. They might even be humans, and you know, it's probably a good idea to treat them equally, give them spousal benefits, not call them fags at the water cooler, et cetera.

The turning point happened in 1994 when Carlene from accounting found out that her Secret Santa that year was Brandon, and my, where DID he find a scarf like that in that color? This led her to figure, "Well, Brandon and his FRIEND Derek do seem like nice boys, so I GUESS I'd be okay with them being treated like people." This started a tidal wave that led to many, many companies actually competing for high rankings on the Human Rights Campaign Corporate Equality Index, which scores corporations based on how well they look out for their, L, G, B and T employees, as well as those for whom letters have not yet been invented. So hats off to Carlene! You did a Good Thing.

Of course, there are always companies who drag their feet (hey Exxon, how you doin'?), but every year, more and more entities are given perfect scores of 100. Saks Fifth Avenue WAS close, with a solid score of 90, but now they have been suspended from gay high school, on account of because they're pretty sure that it's No Fun to be a company if you can't at the very least hate on the transgender people:

Leyth Jamal, a transgender former employee of Saks, filed an employment discrimination lawsuit under Title VII of the Civil Rights Act of 1964 alleging discrimination and harassment/hostile work environment based on her gender identity. In a motion to dismiss the case and in stark contrast to clearly established positions of the U.S. Department of Justice and the Equal Employment Opportunity Commission (EEOC), Saks astoundingly claimed that the “Plaintiff’s discrimination and harassment claims fail to state a claim upon which relief can be granted because transsexuals are not a protected class under Title VII.” Additionally, Saks goes on to claim that they are not bound by their own corporate non-discrimination policies because “employee handbooks are not contracts as a matter of law.”

Just because Saks FREELY CHOSE to create policies that included "be nice to transgender" doesn't mean they actually have to FOLLOW those policies, because come on, the employee handbook is clearly not Saks Fifth Avenue's REAL dad.

Also not Saks' real dad, their legal team (which is so good at lawyering that we wouldn't be surprised to learn that it's led by Orly Taitz, JD, DDS) argues, is any sort of post-Carlene-and-Brandon interpretation of Title VII. In that block quote up there, we see them saying NUH UH no transgenders in Title VII, but unfortunately for them, appeals courts, the Justice Department, the EEOC and Barack Obama's long form birth certificate unanimously agree that they are indeed included:

Saks’ trans-bashing legal strategy is bizarre ... It’s legally untenable. Saks claims flatly that “it is well settled that transsexuals are not protected by Title VII” of the Civil Rights Act of 1964. This is, quite simply, untrue. Although the Supreme Court has not yet ruled that Title VII’s ban on sex discrimination covers gender identity, it has concluded that irrational sex stereotyping may qualify as discrimination “based on sex.” Following this judgment, several appeals courts have concluded that sex stereotyping includes trans discrimination and expanded Title VII’s protections to trans employees. Moreover, the Equal Employment Opportunity Commission ruled unequivocally in 2012 that Title VII forbids anti-trans discrimination—and while the EEOC’s rulings aren’t binding on courts, they’re generally afforded significant deference. Finally, the Justice Department itself interprets Title VII to cover “transgender status [and] gender identity.”

And just to be clear, this isn't a case of just a buncha libtards activist judging new protections into existence. That historic EEOC ruling from 2012 explained that gender identity is included under long-established, EXISTING protections that prohibit discrimination based on gender. From the ruling:

Ms. Jamal is a transgender woman, emphasis on WOMAN. Ergo, the boys at Saks can get bent with their quote-unquote explanations for why they don't have to play by the rules, says the EEOC.

Unfortunately, Saks seems to be replying, "tl;dr can we go make she-male jokes now?" Because there's a whole 'nother insult on top of the injury being inflicted on Ms. Jamal by her former employer. Saks can't even bring itself to acknowledge in its filings that she is, indeed, a woman!

Saks misgenders Jamal throughout its filings, referring to her as “he” and “him.” Even worse, when Saks quotes Jamal’s own complaint, it adds a stinging “[sic]” after every reference to Jamal as female, as if to assert that Jamal’s identification as a woman is factually incorrect. Saks, then, not only appears to condone discrimination against trans people; it also seems to refuse to accept the validity of a trans identity at all.

In case it wasn't completely clear, that "[sic]" is Saks' version of a schoolyard anti-trans taunt. So not only are they being total Saks about this (I see what I did there), they're using their own legal filings to MAKE FUN OF their former employee, Ms. Jamal, which, to quote Stephanie Tanner without her permission, is RUDE.

So that's where things stand. The law is clear, and Saks Fifth Avenue did a stupid, hateful thing, but instead of trying to fix it, they're acting like dumb Catholic League blowhard Bill Donohue, doubling down on said stupid, hateful thing. Great company you got there, folks. I sure hope some PR disaster doesn't come along and ruin things.