Saks Only Wants To Discriminate Against This One Trans Person, Not All Of Them 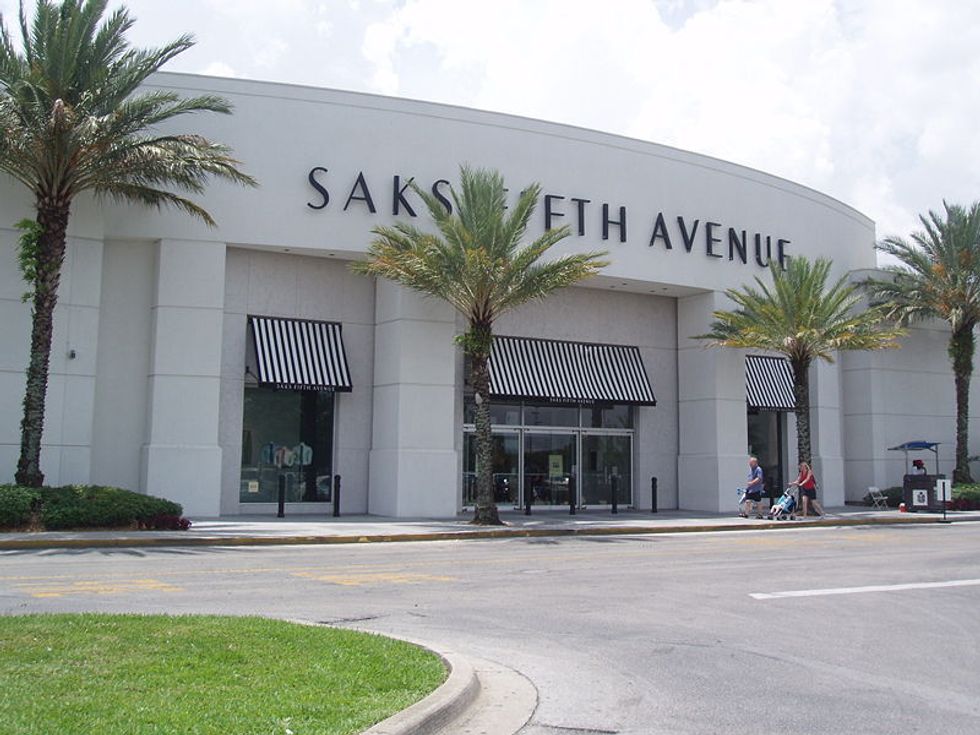 Wonkette update! A couple weeks back, I gathered you all around to tell you the story of Leyth Jamal, a former Saks Fifth Avenue employee who is transgender, and her lawsuit against Saks Fifth Avenue for unlawful discrimination under Title VII. [contextly_sidebar id="YASv5HkFaw8uYrhErPI7cJZ2wMGZZ2tY"]

You see, courts, the EEOC and the Justice Department have repeatedly said that transgender people are protected, because discrimination based on sex is already banned, and gender identity is included in that. Saks Fifth Avenue felt differently, even though their OWN EMPLOYEE HANDBOOK prohibited that kind of discrimination, right between "no hooky pooky behind the perfume counter" and "you can still be mean to uglies, though." Saks filed a reply that said "nuh UH don't wanna be nice to transgender, you're not my real dad." This led the Human Rights Campaign to suspend Saks completely from their Corporate Equality Index, which ranks companies by how gay they are.

So, Saks was banished from the popular lunch table and had to go eat with the Duck Dynasty and Hobby Lobby people, and obviously it totally sucked, because now they're trying to convince everybody that they were totally kidding when they said it was okay to discriminate against the trans people, really, they love the trans people, they just hate this one bitch Leyth:

Saks Fifth Avenue has reversed its position in court on whether transgender people are covered by existing federal anti-discrimination laws.

In a filing in federal court on Monday morning, the company withdrew a Dec. 29, 2014, court filing in which it asserted that transgender workers are not covered by the sex discrimination ban in Title VII of the Civil Rights Act of 1964. That position runs counter to most recent court decisions, rulings of the Equal Employment Opportunity Commission since 2012, and the Obama administration. [...]

The government’s move follows Attorney General Eric Holder’s announcement on Dec. 18, 2014, that the Justice Department position in litigation going forward would be that Title VII’s sex discrimination ban includes anti-transgender discrimination. Monday’s filing is, however, its first court filing to assert the position.

So, cheers to Eric Holder and his race hustle-y Justice Department for taking time to officially point out the obvious. Saks, for their part, is like "FINE, we will clearly demonstrate that she is a total bitch ON THE CASE'S MERITS, gah, this is dumb."

Saks will continue to fight the discrimination claims brought by Jamal, who is represented by Jiillian Weiss, but Saks will do so “on the merits” of her claims — not by asserting that Title VII does not cover transgender people.

“Saks is confident that, as this matter proceeds, the facts will demonstrate that Plaintiff’s allegations are wholly without merit, that Saks did not discriminate against Plaintiff, and that Saks’ policies and procedures are effective in ensuring an inclusive and diverse workplace free of discrimination and harassment,” it stated in the motion.

This is progress! Wonkette does not know if Leyth Jamal's claims are true but part of the idea of nondiscrimination policies and laws is that they help us reinforce the idea that we cannot, as a society, treat people differently based on their status as members of groups we may not like or understand. Now, of course, Saks had to be embarrassed into all of this, because their actions truly were dumb and also stupid, and I really hope for their sake that they have something to back this up and they're not just doubling down into even more stupid behavior because they're cornered. Because if Ms. Jamal's claims are proven to be correct and valid, then she is Getting Things Done and Making A Difference for trans people in the workforce, on a large scale.

Weiss responded to Saks’ actions, telling BuzzFeed News, “I am gratified that Saks reversed its decision to advocate against the rights of transgender employees under the Civil Rights Act. We look forward to the opportunity to demonstrate our case at trial.”

Oh, we BET they are looking forward to it. And if Ms. Jamal wins, Saks will still think she is a total bitch, but LONG HAIR, DON'T CARE.