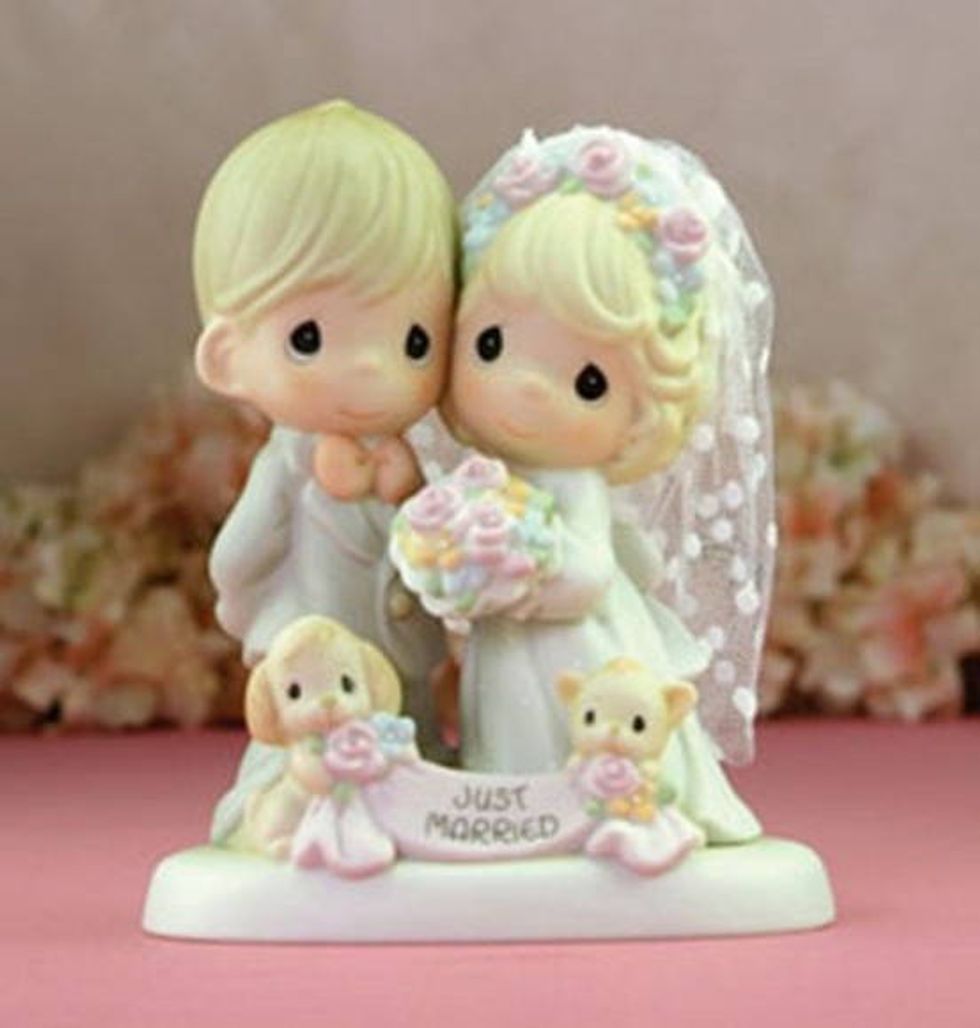 Last week, we told you all about how some Duggary Quiverfull weirdo named Vaughn Ohlman was hosting a super cool Arranged Marriage Camp 4 Christian Teenz and their families, so that their parents could set them up in arranged marriages before they turn 20 years old and their reproductive organs shrivel up and die from old age and they can't make enough babies for Jesus. The plan was to hold this at the Salvation Army's Camp Hiawatha in Wichita, Kansas, but as soon as Salvo found out about their intentions, Ohlman's beautiful dream was deferred.

The Salvation Army has denied a request by the Let Them Marry organization to conduct its event at Camp Hiawatha.

Here is the full statement from The Salvation Army of Wichita/Sedgwick County:

The Salvation Army has denied a request by the Let Them Marry organization to conduct its event at Camp Hiawatha.

Our decision is based upon our long-standing concern for the welfare of children. At The Salvation Army, we work every single day to provide a safe, caring place for children, many of whom have been left vulnerable due to the actions of adults.

We remain steadfastly focused on our mission of advocating for and protecting children.

I will give the Salvation Army credit for this, and for the fact that they are very good at providing beds for homeless people when every other shelter is filled up, and for providing my entire wardrobe throughout high school, before I knew they were gross about gay people. If they could just stop being so gross about gay people, and also the making you pray to Jesus for your daily hobo bread, then they would actually be a pretty awesome organization and I could go back to buying all my clothes there!

Anyway! The question remains -- WHAT WILL BECOME OF ALL THOSE HIGH SCHOOL AGE SPINSTERS! Are they just going to rot away, knitting tiny socks for the babies they may not even have soon enough to bring to graduation, or will Ohlsen find another venue for this retreat? And if so, what would that be?

Perhaps they would probably be welcome in Hildale, Utah/Colorado City, Colorado, where Warren Jeffs's Fundamentalist Church of Latter Day Saints is based. Sure, they have some differences of opinion, but clearly they agree that child brides are the TOPS, so perhaps they would be willing to host the camp.

At first I thought that Old Sturbridge Village -- this living museum of 1830s New England Life in Massachusetts where they make children on school field trips stand and watch people churn butter and make horseshoes in the sweltering heat for infinity hours -- would be a good choice, for festive reasons. But as it turns out, arranged marriages weren't even a thing back then, and Puritan women were all about marrying for love, just like common hussies. Perhaps the Renaissance Festival or Medieval Times would be more appropriate?

Or, you know, they could just not arrange marriages for their children? Crazy idea, I know!

SADLY, due to all these vicious internet people saying mean things about their awesome plans to arrange marriages for teenagers, the LetThemMarry.org website has mostly been taken down. But ... they did leave a note!

Note: Contrary to vicious internet rumors we do not support or in any way condone child sexual activity of any sort, child marriage, or any other illegal activity. Nor do we support or condone forced marriages. We believe that parents should NOT seek a spouse for a child where that child has not actively sought for the parents to do so.

WELL. That at least is good. They don't want 14-year-olds to marry a stranger chosen for them by their dads unless the kids walk up to them and say they are into that. When I was 14, I wanted to travel the country in a VW Bus singing folk songs when I grew up, a dream my mother totally ruined for me by the way, by pointing out Ralph Nader's safety concerns about that particular automobile, as well as the fact that it was 1995. So, sure, that is definitely a good time to be making official decisions about the rest of your life!