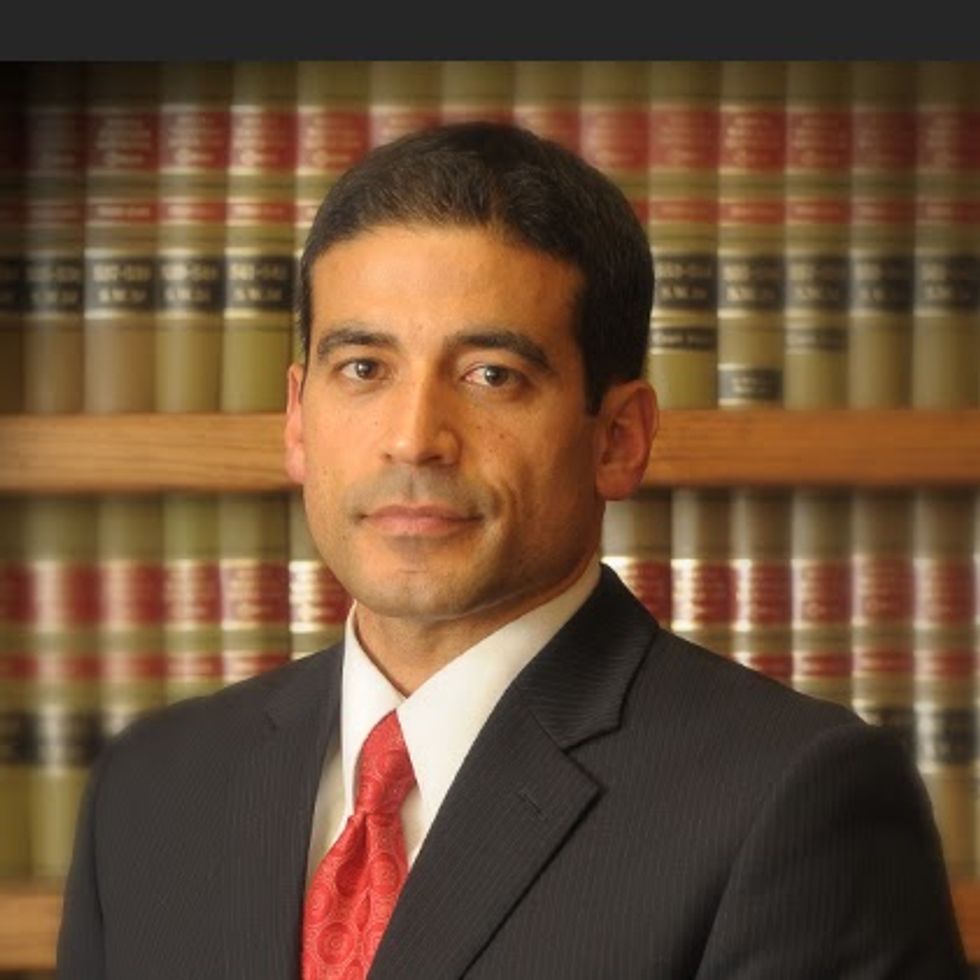 God bless ye, gentle readers, and welcome once more to the Snake Oil Bulletin! This week we have a virulent case of Dumb Pox spreading around, so do be sure to take precautions. Drink plenty of bleach, snort all your favorite essential oils, and dunk your head vigorously in the homeopathic concocting bowl some dare to call a toilet. We wouldn't want you turning out like the subject of today's bulletin. This poor man's case of Dumb Pox is so awful, he believes that autistic grown-ups are mythical creatures, since he certainly hasn't met any. Seriously.

Let's unpack this ableist claptrap, shall we?

San Antonio DA comes out as anti-vaxxer, also too a jackass

Meet Nico LaHood (D-Dumbass), district attorney for the city of San Antonio and surrounding Bexar County. LaHood was a largely unknown quantity since he assumed the office of DA in January of 2015, so he decided after a year and a half of good will it was a good idea to throw all his political capital out the window in one fell swoop.

Y'see, LaHood decided to come out of the proverbial closet. Not that big gay homo closet, but the "I'm a dangerous idiot who shouldn't be in a position of authority" closet. LaHood has come out as an anti-vaxxer.

In a laughably melodramatic video released online, LaHood sits at his big imposing work desk and says these words with as much seriousness as an oncologist delivering the news of lab results:

I’m Nico LaHood. I’m the criminal district attorney in San Antonio, Texas. I’m here to tell you that vaccines can and do cause autism.

LaHood's video is part of a series created by the makers of Vaxxed, the pseudo-docu-monstrosity that is desperately trying to mainstream the opinion that children should die of measles because needles are icky. You remember Vaxxed. It was the film created by proven fraud and disgraced former doctor Andrew Wakefield and distributed by that nice production company who tried to force a gag order on a woman just because she told people the movie sucked. As part of their continued publicity tour, the makers of Vaxxed have decided to go door-to-door around this great land of ours, shoving a camera onto well-meaning if misinformed numpties so that they can cry at us about how vaccines somehow broke their children with inborn neurological wiring. So far the list of interviewees have been deceived everymen, but the addition of Nico LaHood means that their reach has officially breached the walls of government, and we should all be terrified of even more ignorance seeping into those brain deficient halls. Let's dissect this travesty of filmcraft together, shall we?

Our first point of criticism is how disappointed we are that the makers of the video didn't rip off the Law & Order "dun dun" sting instead of the Inception horn blare they did use. Apparently they spent so much money buying the rights to the horn that they didn't have enough money for a goddamn camera tripod. Seriously, is that cameraman on the DTs from essential oils? Setting up a still shot for an interview is one of the first things you learn in your community college filmmaking class right after making sure the little red RECORD light is on. You're filming two people on a couch, not the goddamn Blair Witch.

LaHood makes a big deal about claiming that he is an "objective evidence guy" who only cares about the facts. He spends his entire introduction emphasizing that he needs objective evidence because he has to bring cases before a jury. While it may be true that a prosecutor would need evidence to convince a jury, we would note that juries are not doctors. In fact, evidence shows that attorneys intentionally exclude educated and knowledgeable jurists because they want people who won't over-analyze their arguments and can be easily led with weak evidence. In other words, he's bullshitting right from the start.

LaHood's "evidence" statement becomes especially meaningless when he launches into the reason he believes vaccines cause autism: because he believes his children suffered from "vaccine injuries." He has no true evidence for this belief, but he has plenty of anecdotal emotional ploys. LaHood and his wife claim that vaccines caused their then-baby daughter to break out in eczema and hives when she was little. The helpful interviewer interjects that the vaccine inserts include eczema and rashes as possible warnings for doctors, but for some baffling reason the director then zooms in on a vaccine insert that doesn't include eczema or rashes at all (panniculitis is a different condition from dermatitis). Color us confused.

Once again, however, we find anti-vaxxers will refuse to believe a single thing that doctors, researchers, or actually informed people say about vaccines, but will take the vaccine inserts as gospel even though they're written by BIG PHARMA too. What's even more frustrating is that anti-vaxxers believe the vaccine inserts include proven side-effects, which they don't. They are a list of EVERY observed symptom that ANY subject in ANY vaccine trial had, with not a single indication of whether or not there was a causal or even correlational relationship between the vaccine and the symptom. If a test subject experienced a runny nose after receiving a vaccine, even if the runny nose could be causally linked to the common cold virus they caught, that could be included in the vaccine insert. That's called being thorough.

The LaHoods move on to their son Michael, who at 18 months began exhibiting tics and shudders. They claim that he began to lose eye contact with people and stopped talking. While we would never argue that it isn't heartbreaking watching a child slowly withdraw into themselves at such a young age, the LaHoods' attribution of his autism is so infuriatingly wrong. Autism symptoms begin to develop at exactly the time they are describing, regardless of vaccination status. The husband and wife they describe who supposedly served on the board of Merck and worked as a nurse respectively, if they exist, are either liars or are grossly misinformed. Scientists can prove that vaccines are good for children. The fact that our infant and child mortality rate is the lowest it has been in human history is a testament to the medical benefits of vaccines. Vaccines have been one of the most thoroughly researched subjects in medical history, and for attorney LaHood to say on camera that no scientist can prove to him that vaccines are good for children is not only willfully ignorant, but it's an outright lie.

Mr. LaHood catapults into a religious rant that manages to make that Indiana mom who beat the devil out of her kid sound like a militant atheist, and somehow ties his belief in a "God who hates deception" into his belief that the government is lying to its people about vaccines (if you believe that, why do you work for the government, Nico?). You can also listen to him fluff the Vaxxed creators for creating such a spectacular movie and for "treating this issue like a trial" (apparently in Nico's trials, medical negligence and proven fraud are both inadmissible as evidence).

At around the 7:35 mark, LaHood demonstrates he doesn't really get statistics or science so good, claiming that there has to be an autism epidemic, since more cases of autism are being diagnosed, but he doesn't know any of those autistic people who must have been around all the time:

Nico LaHood hasn't met any adults with autism, so obviously the higher diagnosis rates have to be the result of vaccinations. That's just logic, man.

LaHood then goes on to suggest the circumstantial evidence is plenty strong enough to convict vaccines of murder: "Vaccines. Kid a certain way before, a certain way after -- that is strong circumstantial evidence, right?" Nico, YOU ARE A DISTRICT ATTORNEY. How are you even qualified to pass the bar when your argument is, by your own admission, based solely on circumstantial evidence? How do you accept such an obvious correlation-causation fallacy, when all the DIRECT evidence there is no link between autism and vaccination and that Andrew Wakefield is a proven fraud somehow slipped your notice? What kind of attorney are you?

Fortunately the video abruptly ends with LaHood launching into yet another invocation of the Lord Almighty to his side, hoping to some score big points with the guy upstairs by advocating for a return to medieval medicine.

While God himself could not be reached for comment, reporters in His vicinity did report The Lord pausing the video and muttering "Oh bloody well toss off with this then."