San Diego Cops Thought Brothers Were Robbing Own Store, Beat Them Up Just To Be Sure 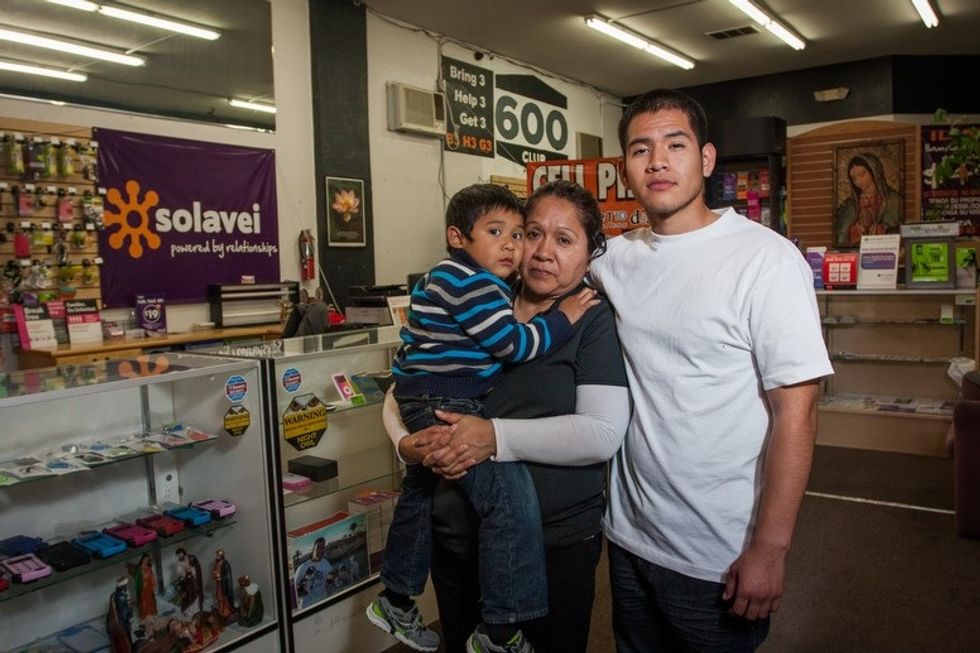 Hey, San Diego Police, have you roughed up anyone entering their own property lately? Oh, you have? Bet you probably had a really good reason for it, at least, huh?

Yes, Dear Wonkers, if it's not abundantly clear by now, this is definitely going to be one of those stories where you'll need to remove any heavy objects from your desk, lest you hurl them through your computer monitor.

The basics are that one fine evening at about 10:30 in July 2014, brothers Luis and Diego Lobaton were returning home to their mother's combined home and business -- the residence is in the back of the shop. According to the Voice of San Diego, the two were ambushed by police, who beat Luis and arrested him, his brother, and their mother, Hedy Julca. The whole insane mess was witnessed by another brother, 3-year-old Bruce. And what was the Lobaton brothers' crime? Opening the door to their own home. With a key. While looking pretty suspicious, we guess:

There was no 911 call, no worried neighbors who drew the officers there that night. Police on patrol simply watched the brothers separately take out keys and enter the store, and decided something nefarious was in the works. The whole thing went down because of a suspected burglary in the brothers’ own home.

That would be the "burglary" being committed by two guys opening their own door. We mentioned they had keys, yes?

And here's a hell of a surprise: The story told in the official police report bears almost no resemblance to the family's story -- or to the scene shown on the shop's surveillance video. NPR summarizes the discrepancies between the police version and the version of events seen on video and described by the family:

Here are the videos; for a detailed, timestamped explanation of what's going on, see the story at Voice of San Diego, which is a hell of a read:

There's also a pretty good reason for Luis Lobaton not to start a fistfight with cops: He has a brain tumor. Then again, somewhere in internet comments, someone will probably explain that if he were jacked up on PCP, he might have forgotten that. (No, he wasn't jacked up on PCP, but we're now ready for some rightwing blog to say that "even liberal blog Wonkette admits he was jacked up on PCP.")

Just to make matters worse, Luis Lobaton and his mother were threatened with deportation to Peru while in police custody, although Luis is a U.S. citizen. His mother is not, but remember, we're supposed to only be deporting felons now. Then again, interfering with a cop is a pretty serious offense, if she'd done it. Which the video shows she didn't. But as an accused criminal alien, maybe she needs to be deported right quick, to make America a better place.

Ms. Julca and toddler Bruce are in therapy following the incident, and the family has filed a claim for unspecified damages; they may sue the city for their treatment. The San Diego PD is conducting an internal affairs investigation of the incident, which is quite reassuring indeed. Oh, and also, the Justice Department was already investigating the SDPD for other alleged misconduct. Probably as part of Barack Obama's war on law and order.

No, we don't even want to think about what Rep. Steve "Calves the size of cantaloupes" King will make of this story.