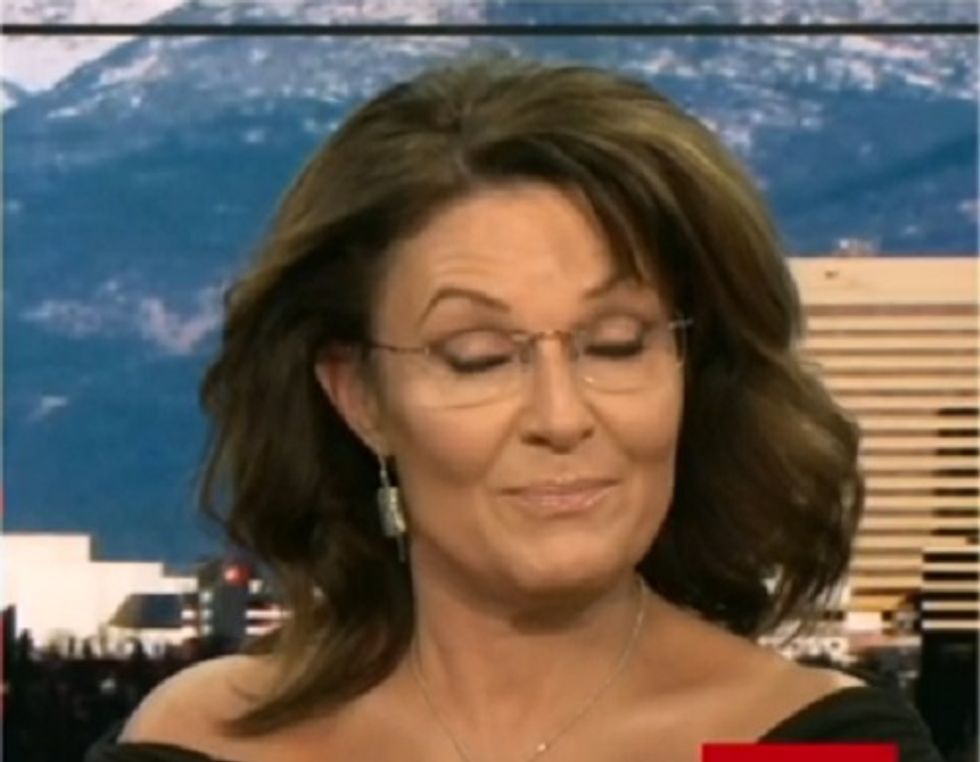 Sarah Palin is so darn mad at that terrible Paul Ryan for not immediately bowing to Donald Trump that she vowed she will work tirelessly to elect his opponent in the Wisconsin primary, at least until she's distracted by a shiny glimmering object and she quits. On CNN's "State of the Union" Sunday, Palin told Jake Tapper Ryan's aggression would not stand, man:

"I think Paul Ryan is soon to be 'Cantored,' as in Eric Cantor," Palin said, referring to the former Republican House majority leader who was ousted in a shocking upset in 2014 when challenger Dave Brat ran to his right in a Virginia primary.

Good thing she explained that, or everyone would have wondered what 1920s singing sensation Eddie Cantor had to do with Donald Trump. She'd probably be mad at him too if she knew who he was.

"His political career is over but for a miracle because he has so disrespected the will of the people, and as the leader of the GOP, the convention, certainly he is to remain neutral, and for him to already come out and say who he will not support is not a wise decision of his," Palin continued.

Palin went on to speculate the reason Ryan didn't immediately announce he'd back Trump was that he simply doesn't want Trump to win the presidency this fall, because that would spoil Ryan's own plans to run for president in 2020. Sarah Palin, after all, knows a thing or two about destroying the presidential aspirations of a prominent Republican.

Palin hadn't yet informed businessman Paul Nehlen, the beneficiary of her decision, that she'd be campaigning for him to defeat Ryan in the August 9 primary, but he's gotta be happy about it. As soon as Ryan expressed doubts last week, Nehlen immediately endorsed Trump, but that won't give him anything like the boost he'll get from Palin's support. Nehlin / Palin -- what could go wrong? (Note that in the above video, Jake Tapper pronounces the guy's name "Nailin'" and Palin pronounces it more like "Kneelin'." Either is rife with comedic possibilities.)

Paul Nehlin certainly appears to be exactly the kind of lunkheaded douchecanoe Palin supporters would also be drawn to. Here he is in a political ad, riding a Harley, showing off his awesome tats, and blaming Paul Ryan for personally ruining the Midwest's manufacturing base, then making it worse by supporting the Trans Pacific Partnership:

Mr. Speaker, you championed this trade deal. Why don’t you come back to Wisconsin and debate me, man-to-man and face-to-face, on the realities of TPP. And if you don’t want to debate me, maybe we can arm wrestle.

Nothing says machismo like threateningly taking off your safety goggles. Would've been better if he'd spat out a big ol' wad of chaw, too.