Sarah Palin Is Your New Barbara Walters, Why Not, Sure 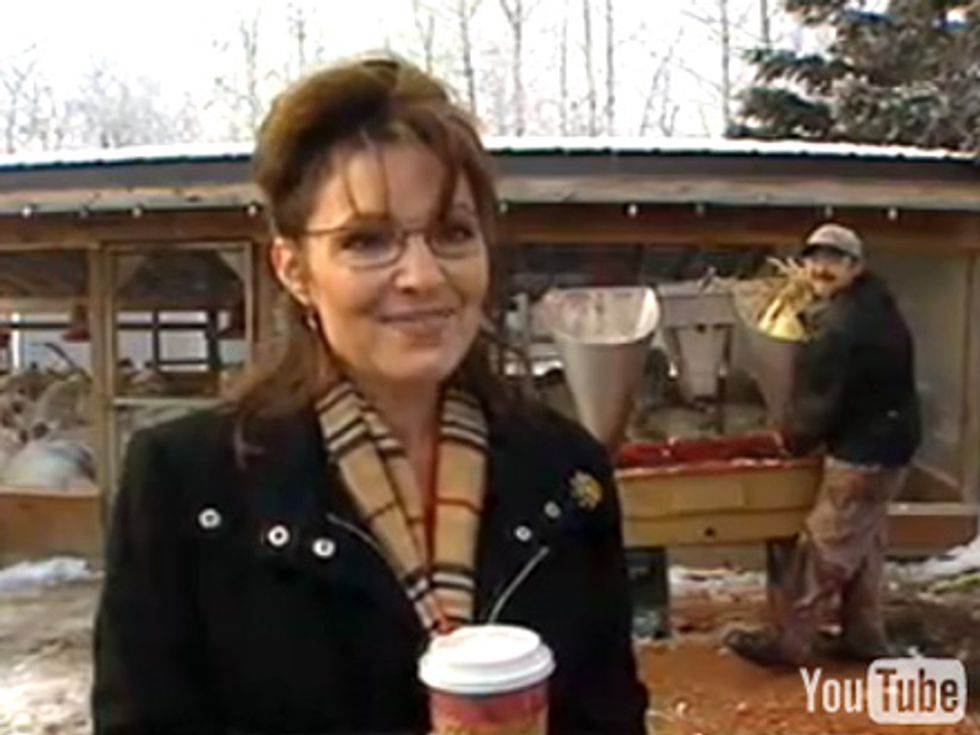 So here's the feel-good story of the day: Sarah Palin thinks that maybe it would be aheck of a lot of fun to host The View, not that she's going to do that any more than she's going to run for President. On the occasion of her dumb third-rate cable show getting picked up for a second season, she had a long chat with Hollywood Reporter, and in response to a question about whether she'd like to do a political talk show, said that she might, maybe, but only if the political stuff were

"interspersed with a whole lot of fun and real life and inspiration showcasing American work ethic, because those topics are all pretty much the antithesis of today's politics, which I find incorrigibly disastrous!"

Crikey, how did we get to such an awful pass? Must have been that lazy -- he said it himself -- community organizer, huh?

It'd be so much fun to shake it up taking on issues that make audiences objectively consider all sides, and I'd do it with my own real-life groundedness, candor and commonsense that I'm known for. Media needs that today, versus the condescension that oozes from TV and radio. I hear everyone recently got canned from The View, maybe a show like that needs a punch of reality and a voice of reason from America's heartland to knock some humble sense into their scripts. You know, someone willing to go rogue.

We'll give Palin this much: she knew that the purpose of the interview was to talk about her third-rate cable show, and so she had a lot of exchanges like this, too:

What television shows do you like to watch with your family?

Amazing America! Getting outside to experience our amazing America is better than watching pretty much any show, other than our own.

And she hasn't read Hillary Clinton's book, except, of course, for the part about her.

If there were no Sarah Palin, we might have to create one, don't you think?

Follow Doktor Zoom on Twitter. He could probably host The View, too, provided they were willing to talk a lot more about Star Trek, Ponies, and the films of Hayao Miyazaki.