Sarah Palin, It's Time To Have The 'Denali' Talk With Your Dumbass Daughter Bristol 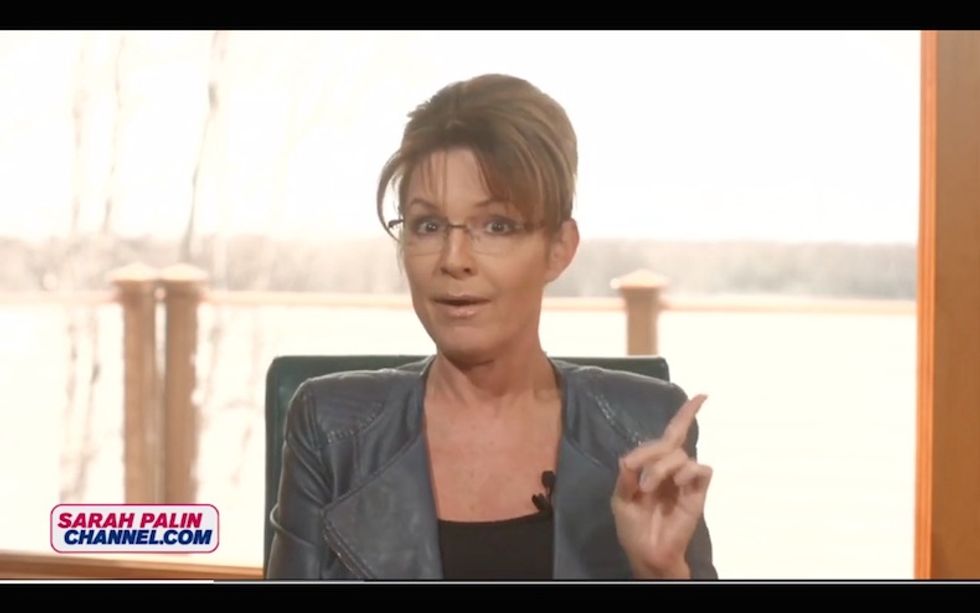 Mommy is here to teach you about mountains, Bristol.

FUCKING HELL, this is getting ridiculous. Monday, we reported how Barack Obama went behind the backs of Jesus, the Statue of Liberty, Allah and Ohio Republicans by designating the tallest mountain in North America, located in Alaska, as "Denali," a name it has ALWAYS HAD. It was only called Mt. McKinley there for a little while because this one time a prospector called it that, in the 19th century, because William McKinley was running for president, and he figured "Hey why not?" In 1975, Alaska officially did ISIS to the "McKinley" name, but the federal government didn't catch up until the other day.

And Monday, Ohio Republican bitchwads from far and wide (but mostly Ohio) screamed and wailed about "NO FAIR!" and "TYRANNY!" and "OHIO MOUNTAINS MATTER!" but nobody cared, because it was like meh, Ohio Republicans be trippin'. Alaska Republican Sen. Lisa Murkowski was all, "We've been trying to do this for years, hurray, thanks Obama!"

Well finally that Alaskan idiot -- no, not Sarah, but her spawn Bristol, who keeps getting pregnant, for abstinence -- has weighed in, and sweet fucking Lordy Allahu akbar, what the hell is she even talking about?

President Obama is taking a trip to the Alaskan Arctic.

I wish we could add up how much this trip costs the tax payers dollars……….. They probably had to BARGE limousines here!!!!!!! They rented out an entire TOWER at our nicest hotel here? A TOWER!!!!!!!!!!

Is her mother ghostwriting for her, or did Bristol just write this drunk? Did they really have to BARGE limousines here!!!!!! To a TOWER!!!!!!!!! At our nicest hotel here? All right, cut the semi-literate shit, let's get to the good stuff:

By the way, no one is buying the “Denali is what the Alaskans have called it for years” line. I’ve never called the mountain Denali .. and neither does anyone I know …

It’s Mt. Mckinley … It always has been and always will be to most of us…

OH YEAH, BRISTOL? Maybe you were too busy getting knocked up by the Lord to know What Mountains Is Called, but your mother, your repugnant idiot mother, you know, that lady who ran Alaska for like seven minutes before she ran out to buy cigarettes and never came back, SHE KNOWS what the mountain is supposed to be called, and it's called "Denali," according to Alaskans. Look, here is your mommy, on video, quitting her job and saying "Denali":

"Denali, The Great One, soaring under the midnight sun," Sarah Palin says, right around the 1:25 mark. Did that sound like "Mt. McKinley" to you, Bristol? We know it's hard to understand your mom sometimes, due to she don't talk good, but she called it "Denali." Also, too, Crooks & Liars reports that during that 2008 election she lost for John McCain, "Denali" was her Secret Service codename.

Please go ask your mommy, this one time, about what is true in the world and what is not. President Obama isn't doing anything bad to you, and he's not shirking his responsibilities, when he SHOULD BE, as you say, "worrying about the radical jihadists in ISIS who are gaining land and power everyday as they enslave, rape, and murder their way through the Middle East." Isn't that your job anyway, Bristol?

If your mother tells you anything different from what Yr Wonkette just told you, she is a liar. Or A Idiot. Meh, we'll go with "both."