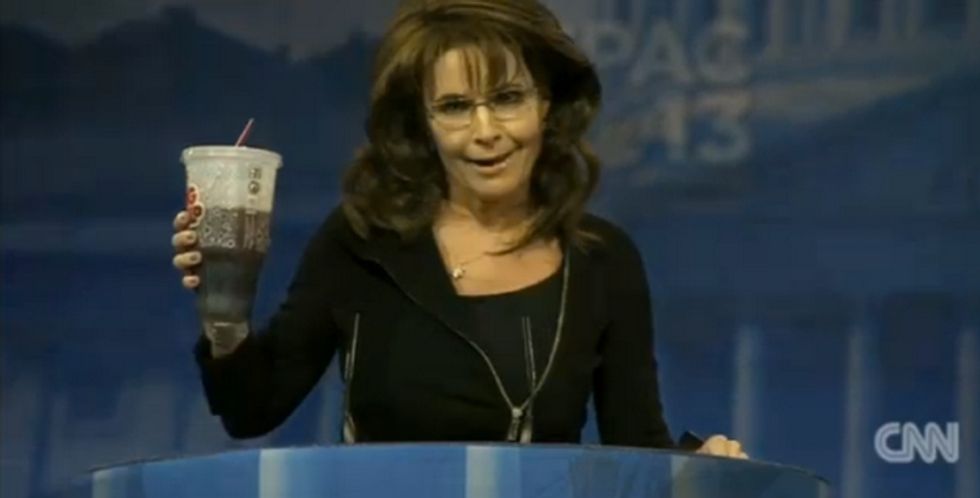 not as think as you drunk she are

[Sarah Palin opens laptop, sees news about FBI's recommendation that Hillary not be prosecuted for her emails. Twisting the top off a bottle of Boone's Farm, she begins to type.]

[wonkbar]<a href="http://wonkette.com/603709/why-hillary-clinton-will-not-rot-in-jail-for-aggravated-emailing-your-ultimate-emails-wonksplainer"></a>[/wonkbar]GRRRR the lamestream FBI was down there in Washington on Tuesday sayin' Hillary Clinton didn't murder traditional American bald eagles dead with her emails, and they said this the very day after the Fourth of July, can you believe it? It's enough to make my splodey Wasilla head asplode!

GOP #NEVERTRUMP TRAITORS - HILLARY DELIGHTS IN YOU, FOR SHE CAN'T WIN WITHOUT YOU

Ironic, tragic, but not unexpected - amidst America's Independence Day celebrations the Ruling Class put another boot on our neck to snuff liberty's life out of We the People.

FBI Director James Comey, well, he's a Republican from the G-O-P -- more like R-A-T, dontcha know what I'm sayin'? Yeeeeah you know what I'm talkin' about! What I'm sayin' as I hock out a loogie full of moose chili, Skoal and Strawberry Hill-flavored Boone's (not the Blue Hawaiian flavor, that one's gross), is that James Comey is obviously one of those Republicans Against Trump, which spells R-A-T, get it? It's like a pun or somethin'!

It's a farce that "no one is above the law" and my heart goes out to all who've been unjustly accused and destroyed over much lesser crimes than Hillary's.

[wonkbar]<a href="http://wonkette.com/599566/half-term-governor-says-half-term-senator-too-inexperienced-to-be-half-term-president"></a>[/wonkbar]So many times since John McCain asked me to be vice president of the Mama Grizzlies, I've been unjustly accused and destroyed by people who call me "half-term" this and "grifter" that, and oh that Sarah Palin, she's dumber than a steamin' pile of fresh caribou dookie! Well, I'll tell you, my heart goes out to MYSELF, with the media and all the newspapers and the Washington DC establishment makin' fun of me, whereas also too Hillary was friends on Myspace with Osama bin Laden and ... ohhhhhh shit. Bristol! Todd! I spilled my Boone's on the computer and also on top of some of the children, and I'm not done with my Important Political Commentary on Hillary The Criminal, can I borrow one of your Obamaphones so I can finish my Facebook post?

Letting Hillary skate today is no surprise when the team she's on has celebrated its administrators pleading the fifth, over and over again, sending messages to America that they're all above the law. From the IRS's Lois Lerner to Hillary herself testifying in front of Congress, they've all told Congress to kiss off, and Congress kissed off.

Today's FBI forgiveness of tyrants' illegal acts illustrate purpose in why I insist Americans rise up and tear down this tyrannical system that is destroying America from within. Truly, you're either with us or you're against us.

Message to all the "Republican" elites throwing in for Hillary, boasting they'll stay home instead of vote because their particular weakened good ol' boy is not the GOP nominee (the R.A.T.s suffering chappedass because their power and purse are threatened by the grassroots movement to destroy their failed politics-as-usual), Hillary thanks you. She knows she can't win without you.

[Palin passes out in a puddle of her own "chappedass," and also the rest of the second bottle of Boone's. The end.]