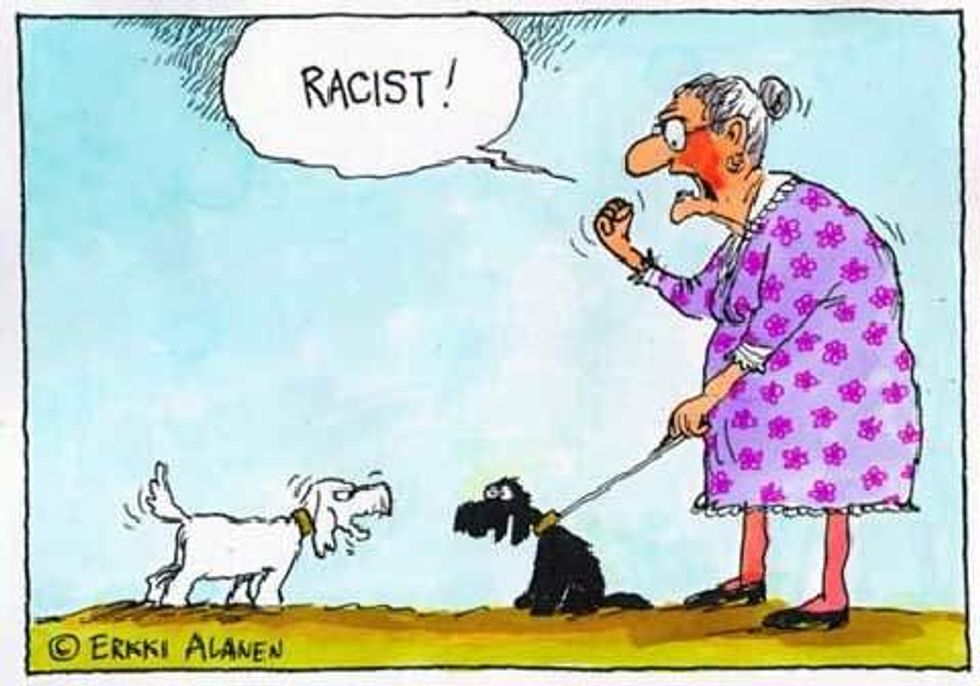 Hey, so after Arctic griftbull Sarah Palin was balls-out racist yesterday, saying Blackrack Obama was committing a "shuck and jive" against white people, she took to Facebook to pen a response to her awful critics. Well, not "pen," someone else wrote it for her. Someone white.

For the record, there was nothing remotely racist in my use of the phrase "shuck and jive" – a phrase which many people have used, including Chris Matthews, Andrew Cuomo, and White House Press Secretary Jay Carney to name a few off the top of my head. In fact, Andrew Cuomo also used the phrase in reference to Barack Obama, and the fact that Mr. Cuomo and I used the phrase in relation to President Obama signifies nothing out of the ordinary.

Actually, when Cuomo said “You can’t shuck and jive at a press conference. All those moves you can make with the press don’t work when you’re in someone’s living room,” it was racist. This has been your moment of blacksplanation.

Thankfully, though, Sarah Palin will take oppressive PC-ism to heart, and also refrain from saying other things, because her daughter is also part non-pure.

As she is part Yup’ik Eskimo, I’m not sure if this term would be deemed offensive when it’s directed at her or if it would be considered benign as in the case of Chris Matthews’ use of it in reference to Rachel Maddow. Just to be careful, from now on I’ll avoid using it with Piper, and I would appreciate it if the media refrained from using words and phrases like igloo, Eskimo Pie, and “when hell freezes over,” as they might be considered offensive by my extended Alaska Native family.