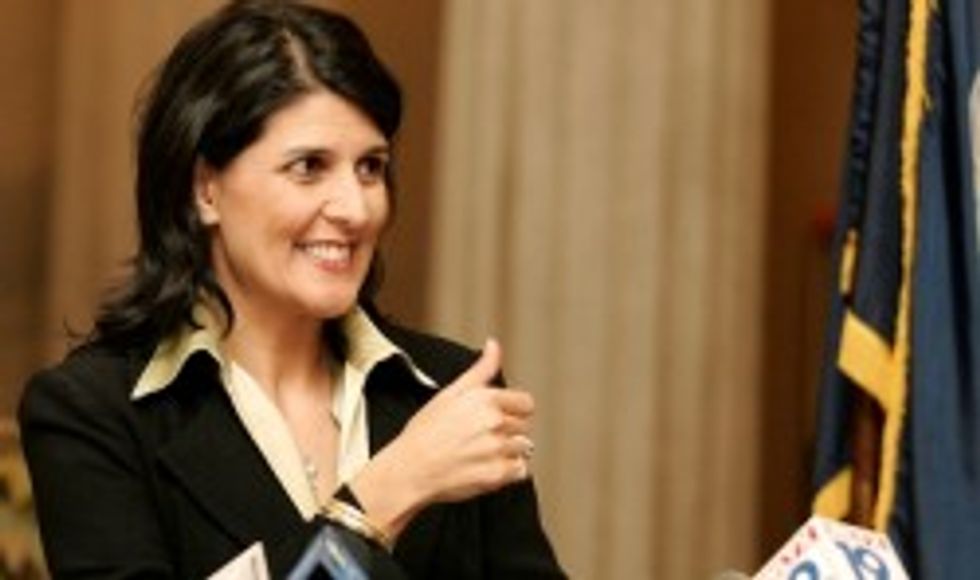 South Carolina Governor Nikki Haley used to be one of those terrible sluts who wanted to ram her HPV vaccine down your preteen's throat. We know this because she cosponsored a bill in the South Carolina legislature that would have mandated HPV vaccinations for preteen girls, thus taking their innocence and instantly turning them all into streetwalking hookers (with syphilis). But now? The good governor has evolved into a woman with higher national sights, as she has just vetoed a bill for anoptional HPV vaccine on some fictional grounds of "Obamacare" or something. (She actually called it “a precursor to another taxpayer-funded health care mandate” or whatever, it doesn't matter, since she plumb made it up.)

Do you have a block-quote for us, Palmetto Public Record?

“This bill had bi-partisan support and gives optional education and preventative vaccines to adolescents in an effort to thwart cervical cancer,” said Rep. Bakari Sellers (D-Bamberg), who introduced the bill. “This is a common sense approach to a very serious problem.”

But in vetoing the bill, Gov. Haley called Sellers’ plan “a precursor to another taxpayer-funded health care mandate” — even though the vaccine does not rely on taxpayer funding and is not mandatory.

In fact, Haley co-sponsored a bill back in 2007 that would have made the vaccine mandatory.

Cool, thanks! Give Nikki Haley the veep spot now, Mittens! She is willing to be for cancer to get it. [PalmettoPublicRecord]