Antonin Scalia Was Wrong To Uphold Everything, Will Now Destroy Everything 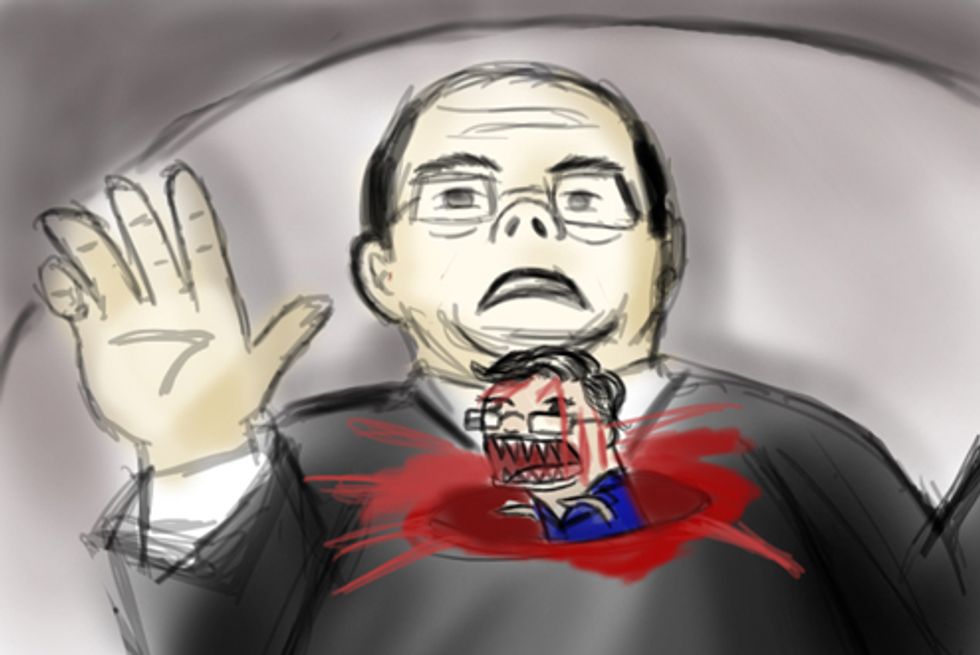 In Scalia’s new book, a 500-page disquisition on statutory construction being published this week, he says the landmark 1942 ruling Wickard v. Filburn — which has served as the lynchpin of the federal government’s broad authority to regulate interstate economic activities under the Constitution’s Commerce Clause — was improperly decided.

Wickard, you say? That's the one that Scalia himself enthusiastically drew from to support the expansive Commerce Clause ruling in 2005's Gonzales vs. Raich, the case that got all those legal eagles thinking he'd vote to uphold ObamaCare. But he won't, because he now hates everything:

At the time, Scalia emphatically agreed, writing in his concurring opinion that “where Congress has authority to enact a regulation of interstate commerce, it possesses every power needed to make that regulation effective.” The Reagan-appointed justice’s decision upset libertarians who saw Raich as a squandered opportunity to limit the 70-year trend of reading the Commerce Clause expansively and giving the federal government broad authority when it comes to national economic regulation.

In the preface of the book, Scalia, writing about himself in the third person, concedes that he “knows that there are some, and fears that there may be many, opinions that he has joined or written over the past 30 years that contradict what is written here” in the health care ruling, the Times reports. He notes that while precedent factored into some of them, in other cases it’s “because wisdom has come late.”

Okay, yes, it's just Scalia. Will four other justices join him in going "Full Legal Wingnut" though and just start dismantling the entire regulatory state with this comical new precedent they unleash in the ObamaCare ruling? Probably, we say, because we have no idea.