Scammy Conservative PACs Fleece Your Grandma With This One Weird Trick 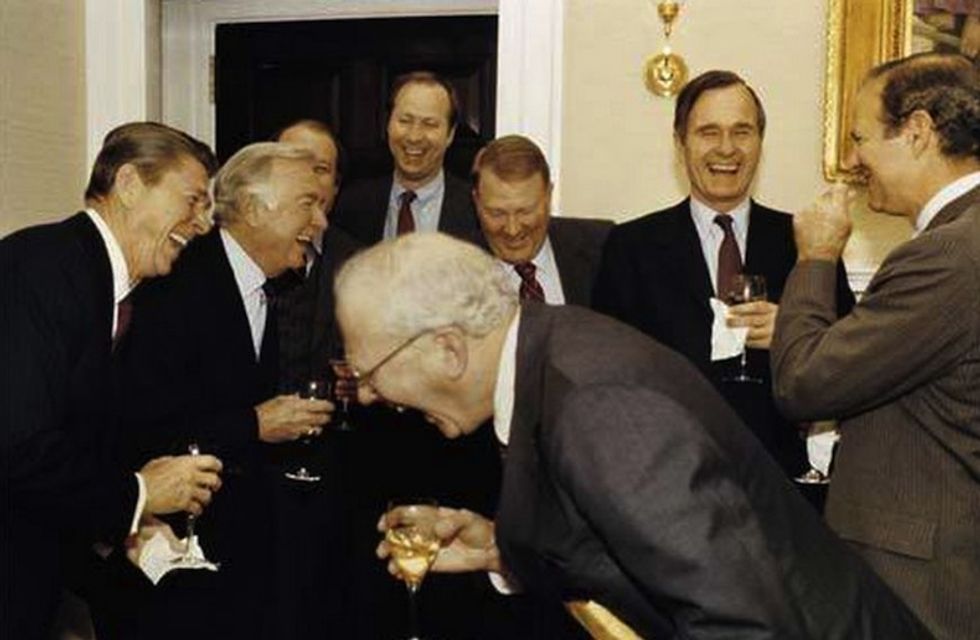 Last week, Mother Jones reported that Mike Huckabee used his PAC to funnel more than $400,000 to his family. This week, Politico's Ken Vogel gives us a story about scammy conservative PACs that make thousands of dollars from home with just one weird trick.

These "scam PACs" play fast and loose with federal election rules by claiming-but-not-quite-claiming to represent Tea Party favorites like Ben Carson, Allen West, or Donald Trump's hair plugs. The catch is that almost none of the money these scam PACs raise goes to those candidates. It's the political equivalent of selling beachfront property in North Dakota, and because it's politics, it's somehow not fraud. 'Tis truly a blessed time to be a conservative grifter!

Since the tea party burst onto the political landscape in 2009, the conservative movement has been plagued by an explosion of PACs that critics say exist mostly to pad the pockets of the consultants who run them. Combining sophisticated targeting techniques with fundraising appeals that resonate deeply among grass-roots activists, they collect large piles of small checks that, taken together, add up to enough money to potentially sway a Senate race. But the PACs plow most of their cash back into payments to consulting firms for additional fundraising efforts.

Most of the time, when the necrotic underbelly of American campaign finance is exposed to the harsh light of day, it's because someone snitched, and this case is no different. [contextly_sidebar id="TihN2w6dukqh0Y1YAItSf40t6ePsgiMM"]

The snitching snitch in this case is Erick Son of Erick, who is no stranger to monetizing conservative anger. Here's Erick breaking omertà on his blog back in December.

From the groups claiming to represent Ben Carson to the groups raising money for Allen West to now a group claiming to raise money to “Stop Jeb Bush,” I think more and more older conservatives are getting scammed by con men living well off other people’s money. I doubt very much that much, if any, of the money is going to support these causes. More and more reviews of records show it is just going to line the pockets of consultants and lawyers.

True story! Because if Mike Huckabee or Allen West or Sarah Palin can get in on this PAC grifting game, the consultants and lawyers sure can, too. Let's meet one of those consultants/lawyers, shall we? His name is Dan Backer, he's one of the main characters of the Politico article, and this is what he had to say about Erick Erickson's snitchy snitching.

“It drives me nuts when people say ‘Oh, scam PAC this, scam PAC that,’” he said. Singling out Erickson in particular, Backer pointed out that the pundit’s own email list is routinely rented for fundraising by PACs, including some represented by Backer. (Erickson said he has no control over to whom his email list is rented by the company that owns it, “and it horrifies me that the list sometimes get rented to some of these guys.”)

Erick Erickson is HORRIFIED, you guys! Renting out his own email list absolutely horrifies Erick, all the way to the goddamn bank, one presumes. If only there were some way for him to just, like, stop doing that, seeing as it horrifies him so much. Hey, maybe we could all Tweet at Erick with ideas on how he can stop voluntarily doing something that he says horrifies him! Use the hashtag #StopHittingYourself for fun and profit.

As with all things campaign finance, the topline numbers may be eye-popping, but you can't get caught up in counting stats. As Yr Wonket has argued in the past, this game is about grifting efficiency, and these scammy PACS seem to be some of the most efficient money vacuums this side of Goldman Sachs.

The PACs spent only $3 million on ads and contributions to boost [Tea Party] candidates often touted in the appeals, compared to $39.5 million on operating expenses, including $6 million to firms owned or managed by the operatives who run the PACs.

Is there more? Yes. A group of 15 PACs run by Dan Backer raised $8 million and "spent more than 87 percent" on "operating expenses." If that seems like a lot of overhead, consider a different group of 10 other PACs, which includes the Tea Party Majority Fund, the Black Republican PAC "and several with military-themed names." They raised $17.5 million and spent 92 percent of it on operating expenses, with less than 1 percent going to  donations and ads.

Like the rest of Vogel's work, this one's longish and absolutely worth your time. Go read it. It's filled with fun little details like this one about GOP super-donor Shawn McCutcheon, who apparently has a weakness for Sheldon Adelson's purdy fishes.

[McCutcheon] told POLITICO he was “mesmerized” by Adelson’s “huge fish tank and a great bird cage filled with all these birds that must have been from Africa.”

Say, you know what else came from Africa and ruined American democracy? Sign Yr Wonket's petition and demand an end to Sheldon Adelson's African bird collection. When you're done with that, give $5 or more to help us keep fighting for an America that won't give in to Big Aviary.