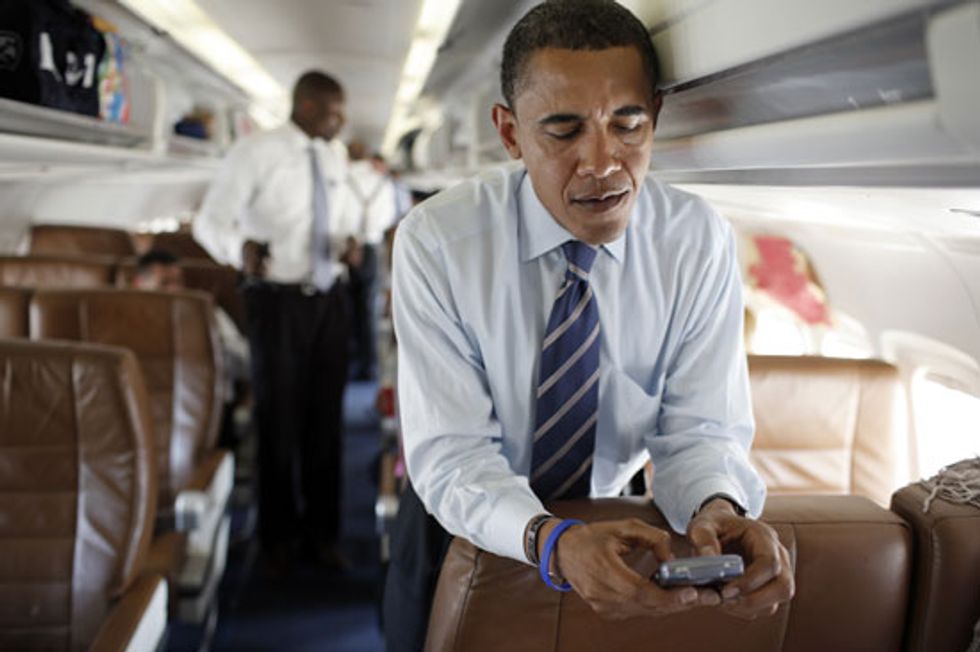 Barack Obama isn't a very busy man; all he has to do is be president and brag about picking off a random Muslim guy who was holed up indoors playing Xbox in his bedroom the past five years. But Justin Bieber is trying tobroker true peace in the Middle East between whole COUNTRIES, Israel and Palestine, who have been warring with one another forever, on top of his job secretly being in love with each and every one of us. LAY OFF, Obama. Yes, he took some time to do you a favor by meeting you one time, but you can't go around telling teenage girls you're his friend so they'll like you.

A few months ago, Payton Wall, a 14-year-old who lost her father in the attack on the World Trade Center, sent a tweet to the Most Important Man in the World: Justin Bieber. "Hey! I have an awful life story and without your music I don't know if I could have survived," she wrote. "Do you think I could send you a letter?" When he didn't respond — likely because he's busy making sure there are no lonely girls left in the world — she sent a letter to the Second Most Important Man in the World: President Barack Obama. The White House responded the very next day, according to the Post, and invited Wall to join the president at yesterday's ceremony at ground zero, where the president gave her a "bear hug." That's nice, right? A hug from the president. You think he could have stopped there. But then he had to go and promise the impossible:

She said he also told her that he "knows Justin" and that he would help arrange a meeting between the two.

Remember that time that dork Tyler Perkins told everyone at school his uncle had a mansion on a lake and he would let him throw a huge party there with booze and everything any time he wanted, Payton? And then people asked him if he would host a party there for Trina's birthday and eventually Tyler admitted he made it all up? Well Barack is just like Tyler but he's worse. He is THE worst.

You're never meeting Justin Bieber. Remember when he promised Hailey he would close Guantanamo Bay? THAT NEVER HAPPENED. [Daily Intel]