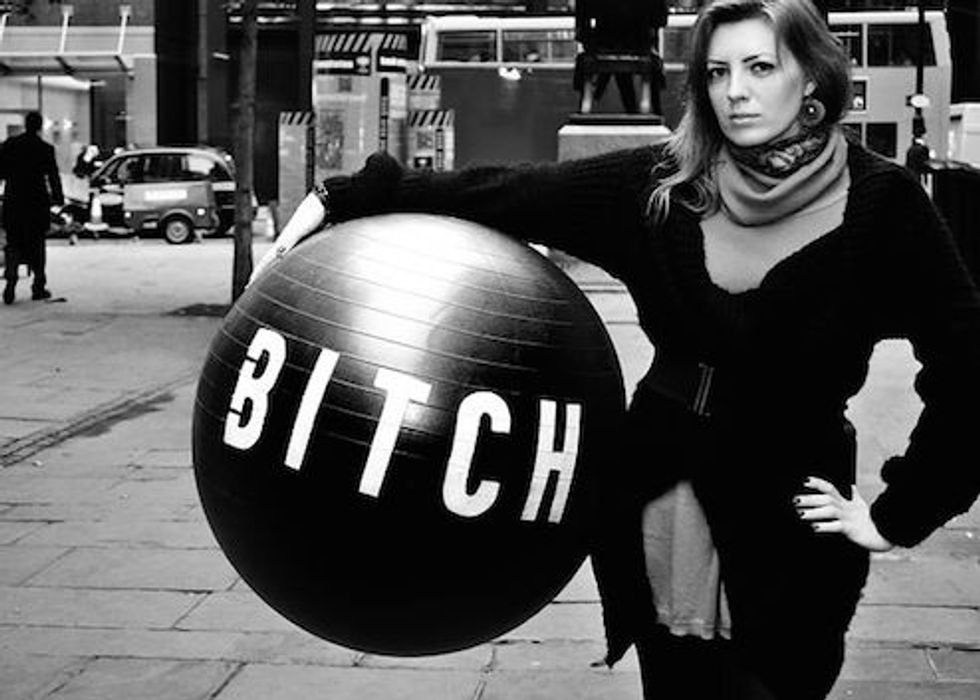 Sometimes, we are grudgingly impressed by the lengths that stupid/awful people will go in terms of their behavior in the workplace. Take for example one Mr. Ronald O. Ross, superintendent of the Greenburgh School District in New York, who managed to call his employees "bitch" in a stunning variety of ways, according to a lawsuit filed by said employees. And listen, you may think you know how to use the word "bitch" to slur people you work with, but this dude has modifiers you haven't even thought of yet.

You guys we are totally putting the list after the jump because it contains so many racist ways of saying "bitch" that you do not want to be gazing at this thing accidentally when your (hopefully non-slur-filled) boss walks by.

Isn't it great that the Post will print "Nazi Bitch" in full, but is too delicate to spell out "dyke" or "titty"? Also, this dude is like the Oprah of slurs: "You get a 'bitch' and YOU get a 'bitch' and EVERYBODY gets a 'bitch'!"

Did he stop with his admittedly impressively extensive use of the word bitch? Oh no he did not.

Would you like some more racism and general insensitivity? Sure, why not!

Ross even wished one co-worker afflicted with cancer to die, according to the lawsuit. [...]

When one staffer [at the school] organize an intercultural Thanksgiving luncheon with the nearby Solomon Schecter School, Ross allegedly replied: “I don’t want to do anything with the Jew school.”

He’s also accused of telling female students in their senior year that they were “going to be ‘roofied’ and raped” in college.

You probably won't be surprised to learn that this guy is using the "what, me racist? Unpossible!" defense by explaining that he too is also a minority because he has a black mother and a drunk Irish dad. Perhaps the school district Mr. Ross supervises never got to discussing how being a minority doesn't actually immunize you from being a dickhead racist, and also too we're not sure how the bi-racial defense works against making fun of people for having cancer or telling schoolgirls they'll be raped. Your alleged minority status isn't a magic umbrella shield, dude.

We can't wait to see his court filings in response to this lawsuit. If there's a god in heaven, they will start with "Dear Attorney Bitch."