Scientists Directly Observe Greenhouse Effect, Like That Proves Anything 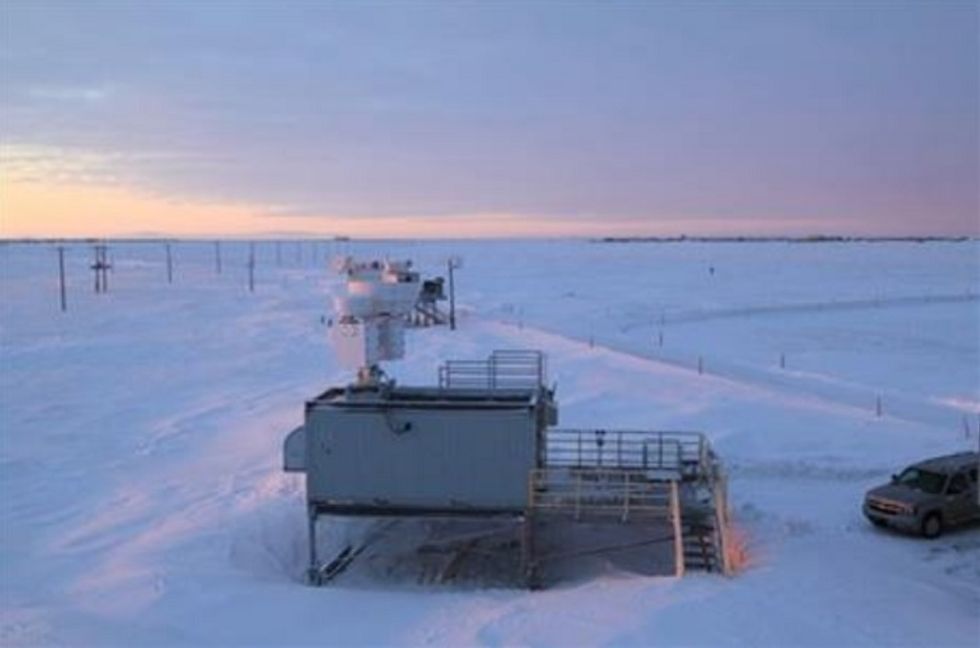 In some pretty cool science that won't change the mind of a single climate denier, climate scientists have observed carbon dioxide trapping heat in the atmosphere, which you'd think would be enormously important evidence that would put an end to the "debate" over global warming. We're going to have to call Salon's headline about the news just a tad optimistic, though: "Scientists stick it to climate deniers: Study provides direct evidence that human activity is causing global warming."

But if you go read the abstract in the journal Nature, you'll see that it's full of lots of big Science Words, so it's not at all clear that they've proven a darn thing. Heck, what is this even supposed to mean?

[D]espite widespread scientific discussion and modelling of the climate impacts of well-mixed greenhouse gases, there is little direct observational evidence of the radiative impact of increasing atmospheric CO2. Here we present observationally based evidence of clear-sky CO2 surface radiative forcing that is directly attributable to the increase, between 2000 and 2010, of 22 parts per million atmospheric CO2.

Lead researcher Daniel Feldman claims it means they observed the atmosphere getting warmer over two research stations -- one in Oklahoma, one in Alaska -- over a decade, and linked that warming directly to atmospheric CO2, but how do we know that Feldman and his science gang aren't just making it up to take away our SUVs, huh?

Still, for those who choose to live in the reality-based community, the research appears pretty impressive:

In a study published in the journal Nature, researchers at the Lawrence Berkeley National Laboratory used eleven years of measurements from specialized instruments at sites in Alaska and Oklahoma to analyze the source of energy fluctuations, confirming that it’s carbon dioxide from the burning of fossil fuels that’s causing warming — and not water vapor, changes in the sun or someone tampering with the data to make it look like global warming is worse than it is, as some have claimed.

“We see, for the first time in the field, the amplification of the greenhouse effect because there’s more CO2 in the atmosphere to absorb what the Earth emits in response to incoming solar radiation,” lead author Daniel Feldman explained in a statement.

“Numerous studies show rising atmospheric CO2 concentrations, but our study provides the critical link between those concentrations and the addition of energy to the system, or the greenhouse effect.”

Basically, the new research is using direct observations of the atmosphere to back up what computer modeling and other studies have already indicated. As Texas A&M climate scientist Andrew Dessler told the Associated Press, the results aren't all that surprising, not unlike confirming the existence of gravity by watching a falling rock.

For a more detailed explainer, check out this piece at Mashable, which again emphasizes that the study isn't breaking new theoretical ground; instead, it provides direct observational confirmation of what climate scientists have said for years, that carbon dioxide from the burning of fossil fuels is warming the earth. The first comment on that article is, of course, "More false data supporting the hoax of man made global warming."

In response to the new data, prominent climate deniers pointed to a snowdrift in New England and said "Nuh-UH" really loud. Then Sen. Jim Inhofe threw a snowball in the Senate.