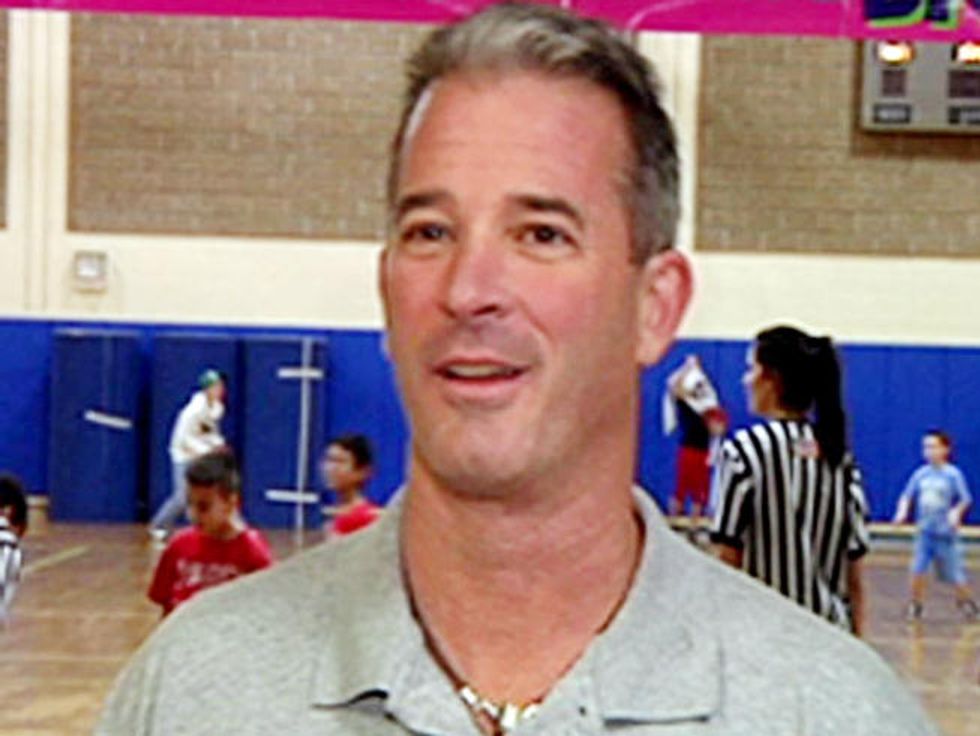 Oh we thought this Drudge link about Scott Brown's brother, Bruce Browne, getting arrested for impersonating a Coast Guard officer and commandeering a boat would be hilarious, in the time-honored "drunk brother" kind of way. But no, it is really icky and nervous-making, and we are askeered?TELL US ABOUT THE ARSENAL PLS, CBS.

Browne was wearing military-style pants, according to police. Inside the car in plain view, officers say they found three loaded 9 mm handguns, a black nylon duty belt with two sets of handcuffs, a police baton, 12 fully-loaded magazines with a total of 101 hollow point and 102 ball 9 mm bullets.

Browne also allegedly had a black tactical bullet proof vest with the word “POLICE” embroidered on the front and back with a silver metal TSA badge attached.

Investigators say earlier in the day, Browne commandeered a boat by identifying himself as a “Police/Coast Guard” official.

Well, sure, that is just how you do, when you have three handguns and two sets of handcuff and 12 loaded magazines with 101 hollow point bullets and 102 "ball 9 mm bullets" we do not know what those are, because "California liberal." And the baton. Always the baton. And the bullet proof vest.

Luckily for the Second Amendment, Browne has already made bail. We are sure that nothing could go wrong.