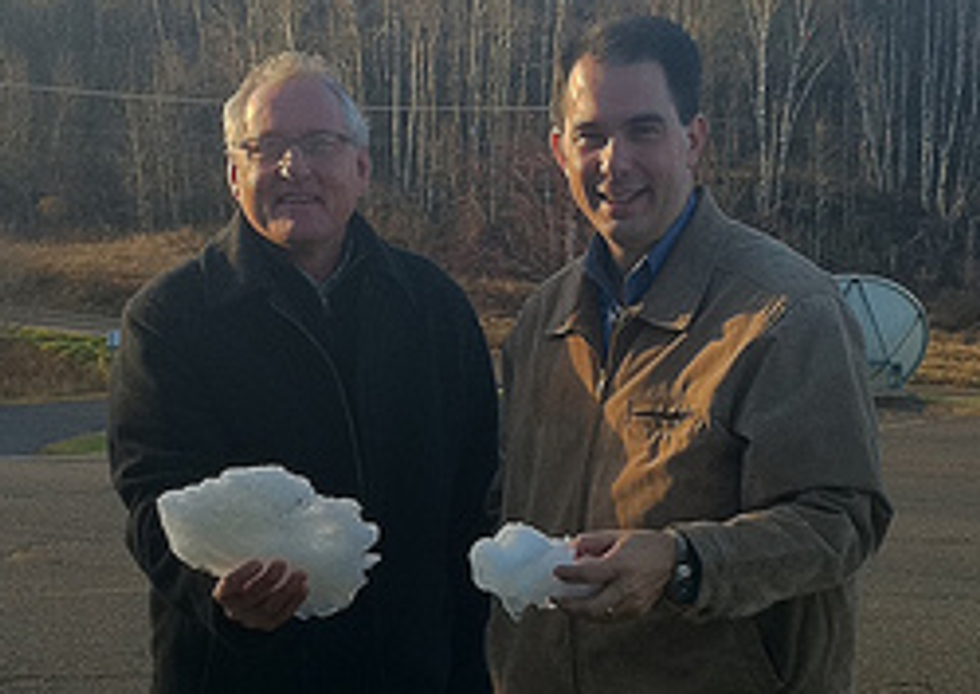 Wisconsin's duly elected slave driver Scott Walker is not done yet ruining the lives of everyone who lives in his state,planning on signing legislation passed by the legislature that would void an ordinance passed overwhelmingly by the voters of Milwaukee requiring businesses in the city to provide their workers sick days. Walker doesn't have a lot of cover here; he can't say he needs to pass this to balance the state budget, because he's just meddling in the affairs of a city. What's worse, telling workers they are not allowed to be sick, or telling the cities of his state they can only pass ordinances he agrees with? Trick question! With Scott Walker, everything's the worst!

"We need to create a system where the rules are the same community by community," said Rep. Jeff Stone (R-Greendale).

"Jeff Stone"? We thought this was a Stalin or Mussolini quote.

Democrats countered the bill was an assault on local government and the will of voters.

Great idea! Scott Walker will count that as a vote for dictatorship. Any other votes? Yeah, there'd better be some other votes.

So what happens when you work in Wisconsin and get sick? Well, it's about time he got around to re-instituting the death penalty, isn't it? Such a shame Wisconsin doesn't use that. [JSOnline]