Scott Walker Will Be Best President Of America, Because He's Been To Europe Like Twice 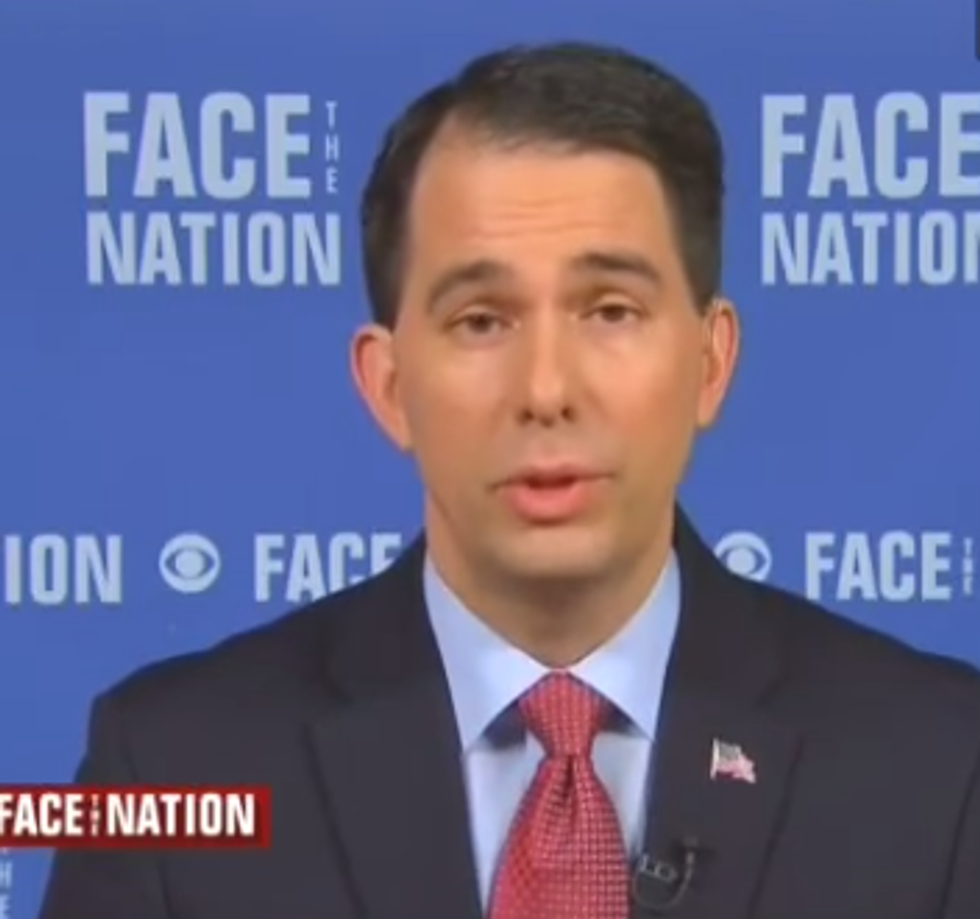 Despite the fact that presidential candidate Carly Fiorina (R-LOL) has explained that going places on airplanes -- like that know-nothing Hillary Clinton, who used to be Secretary of State -- is not the same thing as actual foreign policy experience, her likely rival for the nomination, Gov. Scott Walker of Wisconsin (R-Zzzzzzz), apparently is not paying attention, because he told Bob Schieffer on Face The Nation that he will be so much better of a president than Hillary Clinton, because the places he went to on airplanes are nice, and the places Hillary Clinton went to on airplanes suckity suck, and are also Benghazi:

"I do think that if foreign policy plays an important role, the contrast will be clear because just about everywhere Hillary Clinton has played a role with this president — under President Obama — that part of the world is largely a failure, a mess, because of the policies we’ve seen from Obama and Clinton.”

Walker went on to explain that he has been to Germany, France, the United Kingdom, China AND Japan, which means he has the most stamps on his passport, therefore QED. Theoretically, he ate food in all those places and managed to order his meals at restaurants where all the waitstaff, including the Englishes, spoke at him in funny talk. This is an obvious prerequisite for diplomatic negotiations. Oh, and a GOP moneybags bought him a trip to Israel, because all American presidential candidates must visit our 51st state at least once, if they want to be taken seriously.

Walker also knows that, because Ronald Reagan was the governor of a state, and Scott Walker is currently destroying a state by being its governor, he is better than Obama, who has completely squandered the worldwide outpouring of goodwill that surrounded America at the end of the George W. Bush presidency:

Okay, but we all know that Carly Fiorina is the correct one here. In order to be a smart foreign policy president, you can't just go an airplanes like Walker and Hillary Clinton. You have to deplane in a foreign land, and then you have to find that country's equivalent of Hewlett-Packard, assume executive leadership, and destroy the company.

Until Scott Walker and Hillary Clinton learn this, they will never be good at presidenting. It also helps to be able to see Russia from your house.