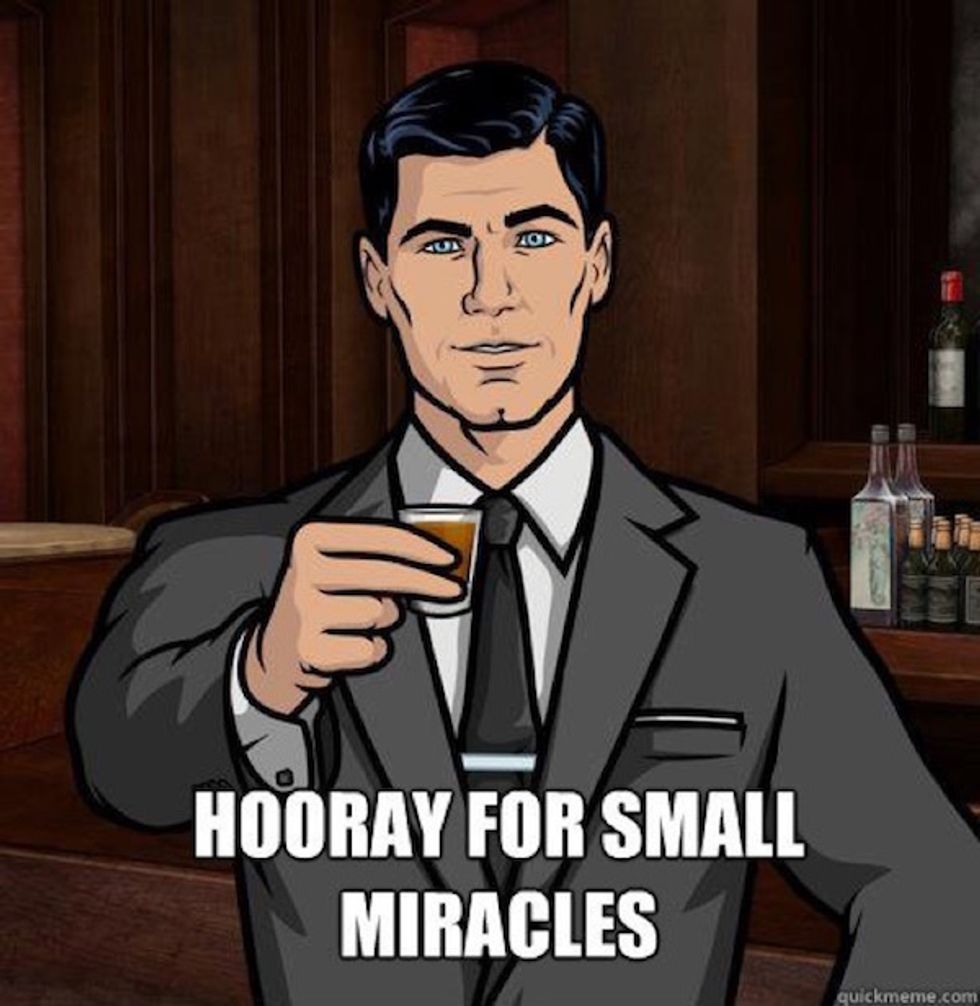 Thanks to the conservatives having a 5-4 majority at the Supreme Court of these here United States, every term is another opportunity for the complete dismantling of pretty much everything we liberals hold dear. That's why we're always surprised when something somewhat decent happens there, because it seems like nothing but dumb luck when it does.

Today, SCOTUS weirdly did the right thing in Hurst v. Florida and struck down a particularly egregious bit of death penalty sentencing shenanigans in Florida. Unlike the usual deal where we have to read approximately one million pages of decision, concurrences, and dissents before we bring you a lawsplainer, today's decision is relatively straightforward and all the opinions only add up to 18 pages so we were totally able to read it over lunch.

Prior to today's SCOTUS Smackdown, Florida had a hot mess of a death penalty sentencing scheme. It required that the accused got a trial, at which they could at most be sentenced to life in prison. But haha, sucker, there is still totally the possibility that you are gonna die at the hands of the state. So, after a trial finds someone guilty, then there is an evidentiary hearing in front of a judge and jury to see if you really really should die, and then the jury makes an advisory opinion to the judge about the whole killing thing. Then the judge takes the advisory opinion into account and makes their own findings as to whether to semi-literally pull the trigger on the death penalty.

Does that sound complicated and stupid? Of course it does! And let's not even get into the fact that the death penalty is barbaric and awful to begin with!

So, you are probably asking why this sentencing arrangement is a problem, as long as you set aside the whole barbaric problem. It's because the Supremes already struck down a similar thing from Arizona back in 2002. In that case, Ring v. Arizona, the court held that only a jury, not a judge, can be the final decision-maker if you're gonna let the state murder people. This is thanks to the good old Sixth Amendment, which promises you a speedy trial by an impartial jury, and the Supreme Court has interpreted that to mean that each element of the crime -- including whether to kill people over the crime -- has to be proved to the jury beyond a reasonable doubt.

Florida somehow felt that its situation was different because it allowed for the advisory jury thing, but the Supremes thought differently -- including most of the usually-pretty-death-penalty-loving conservatives. Justice Sotomayor wrote the 8-1 opinion for the court, and only that bloodthirsty little fucker Justice Alito dissented. (You will remember that Alito is also the guy who was so mad that the Supreme Court made it the tiniest bit harder to execute mentally disabled people, so he is a real peach.) We read his dissent and blah blah blah. His position basically comes down to "sure, the judge doesn't have to listen to the jury, but it's cool, because I say so."

Once the jury has made this decision, the trial court performs what amounts, in practical terms, to a reviewing function. The judge duplicates the steps previously performed by the jury and, while the court can impose a sentence different from that recommended by the jury, the judge must accord the jury’s recommendation “great weight.” Indeed, if the jury recommends a life sentence, the judge may override that decision only if “the facts suggesting a sentence of death were so clear and convincing that virtually no reasonable person could differ.”

Excellent point there, Ali-- nope, wait, that does sound exactly like the thing you are not allowed to do, which is have a judge be the final decider-in-chief in a death penalty case. It doesn't matter how many times you say it in different ways. It's still just plain wrong and contrary to previous decisions. Not that things like previous court decisions have any sway over this little tyrant.

In conclusion, we are grasping at straws in order to be happy about the smallest steps toward making it harder for the state to execute people, but liberal beggars cannot be choosers with this Court so we will take what we can get.