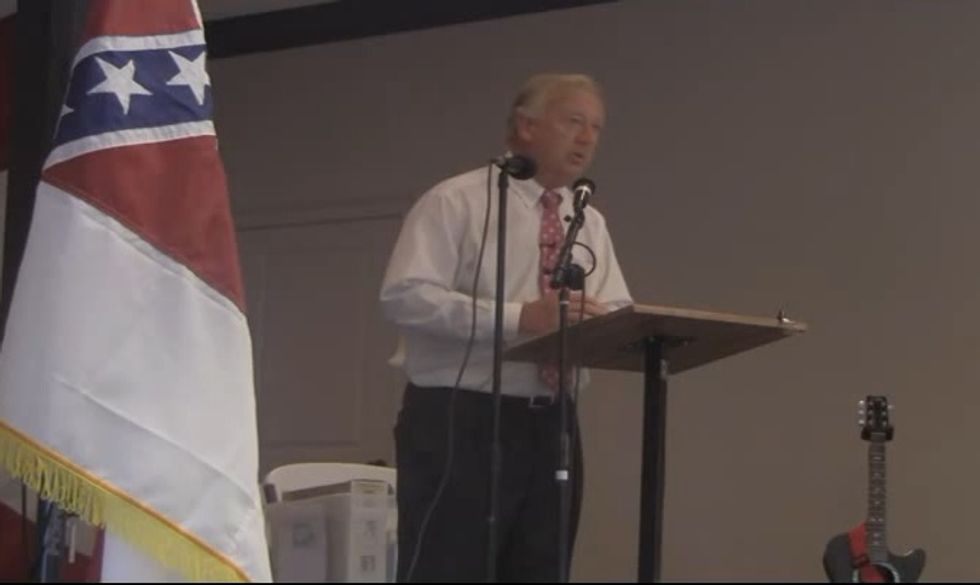 Here's Mike Peroutka, a greatConstitutional Scholar who knows that the key to understanding our founding document is to read the Bible. He's also a member of the neo-Confederate League of the South, an advocate of secession, and the Republican nominee for Anne Arundel County Council in Maryland. And he loves his country, although we aren't entirely sure what country that is. You see, following a speech he gave at the 2012 League of the South national conference in Alabama, he was recorded asking the audience to stand up and sing the "National Anthem" -- and then he launched into a round of "Dixie," with the audience enthusiastically singing along: