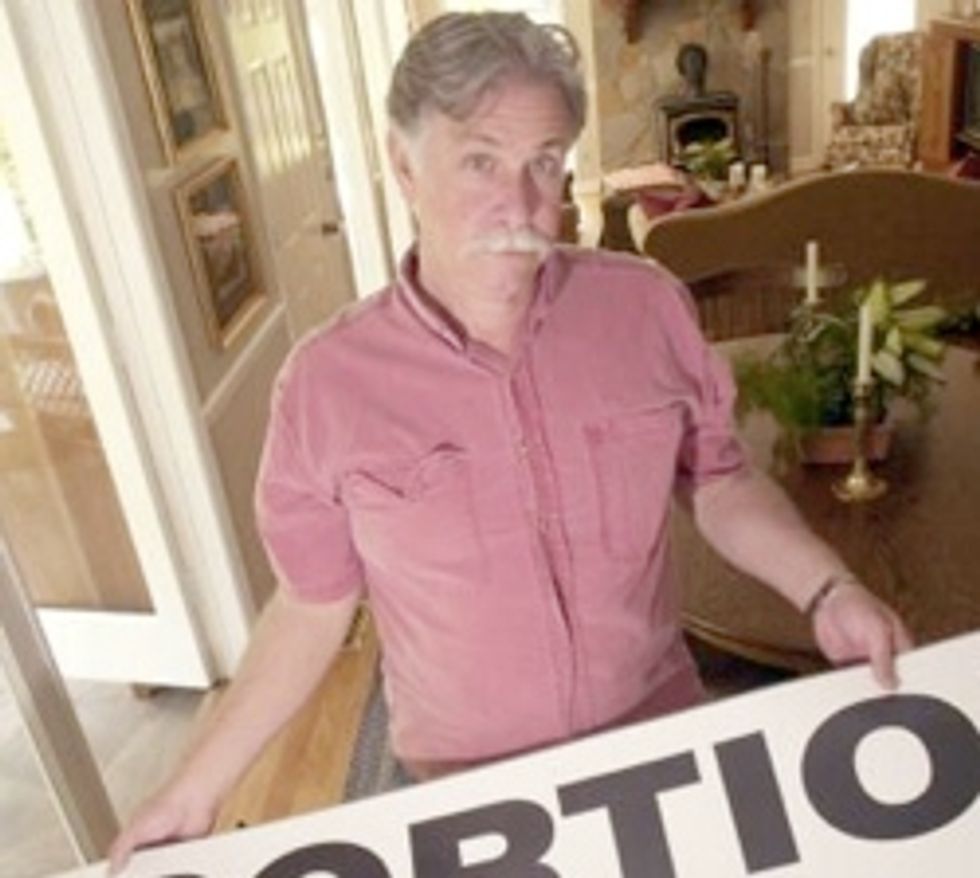 Georgia gubernatorial candidate Neal Horsley, a.k.a. "The One," wants to secede from America because of the liberals. This charming fellow made headlinesa few years ago when he got into an argument with Alan Colmes, who simply couldn't understand why Horsley would fuck the shit out of mules. ("Welcome to domestic life on the farm... If it’s warm and it’s damp and it vibrates, you might in fact have sex with it.") And now, in an interview with Dylan Otto Krider, Horsley says he would kill his son in a secessionist rebellion, because hey, WAR IS HELL (and also he almost killed him once before in a dumb argument, ha).

Asked if he was ready to sacrifice his own son in a national insurrection, Horsley recounts a fight with his son where he almost killed him.

“I was one foot from killing my own son, or hurting him really, really bad,” Horsley told Krider. “If he would have attacked me again, I would have stuck him. Or cut him or sliced him or done something to stop him. That’s the point, you hypothetical has literally already been worked out with me, and that’s what makes me different from the other candidates for Governor. They understand I’m not like no politician they have looked at, ever. I am prepared to do a John Brown. I’m not prepared to do an Abe Lincoln and talk out both sides of my mouth and try to get a majority together. I’m looking for the people who are prepared to go with me and take over the foundry, then set up shop and prepare to fight to the death. I’ll do it.”

Asked again if he was willing to sacrifice his son, he was even more explicit, telling the interview to read the Bible’s Matthew 10.

“Your own family are going to be your greatest enemy because unless you love me more than you love your father, your son, your wife, your daughter, you’re not fit to be my disciple,” Horsley said. “That’s why there’s a real rift of estrangement in my family,” he says....