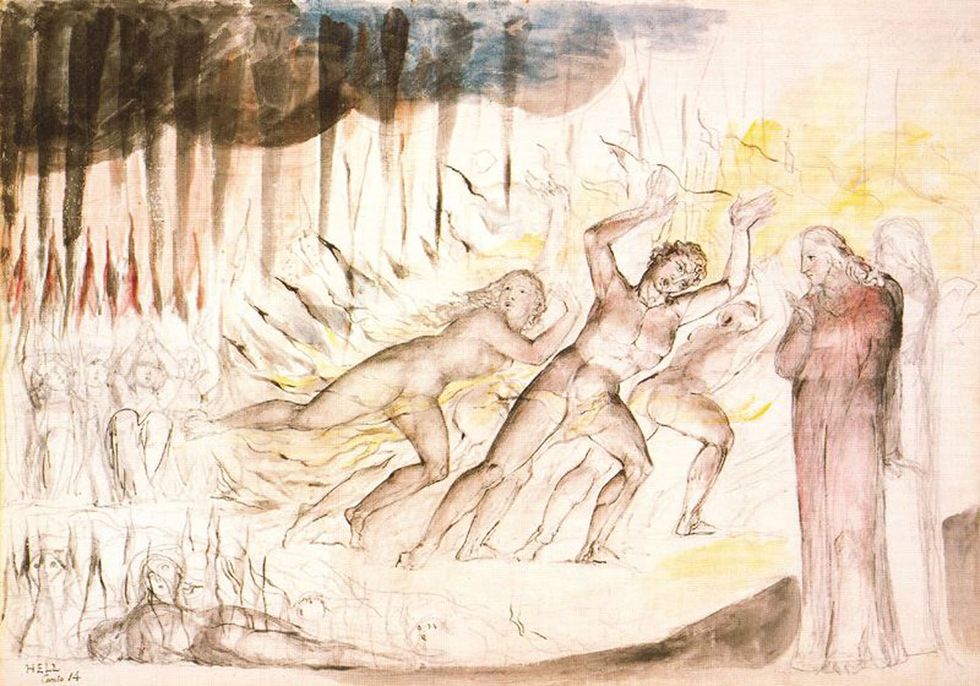 We at Wonkette like a little mystery from time to time, and if that mystery includes an elusive lawyer with almost no internet footprint who files a crazy ass ballot initiative in California once every 10 years, so much the better! At this point, we have put in somewhere between three minutes and sixteen hours of research on one Matt McLaughlin, of Huntington Beach, CA, who has filed with the California Attorney General's Office a truly insane proposed ballot initiative that he has creatively titled "The Sodomite Suppression Act." Since we have always secretly wanted to be A Private Investigator, we are delighted to thank tipster "Josh" for sending this our way!

a) The abominable crime against nature known as buggery, called also sodomy, is a monstrous evil that Almighty God, giver of freedom and liberty, commands us to suppress on pain of our utter destruction even as he overthrew Sodom and Gomorrha.

b) Seeing that it is better that offenders should die rather than that all of us should be killed by God's just wrath against us for the folly of tolerating-wickedness in our midst, the People of California wisely command, in the fear of God, that any person who willingly touches another person of the same gender for purposes of sexual gratification be put to death by bullets to the head or by any other convenient method.

And there is so much more! Matt McLaughlin suggests a $1M fine and/or 10 years in jail AND/or expulsion from California for each instance of "sodomistic propoganda." He specifies that "sodomites" must not hold public office, be employed in a public-sector job, or receive any government benefits, and he proposes that this law cannot be invalidated except by a quorum of CA Supreme Court judges, none of whom can be "sodomites." The text also helpfully empowers any citizen with the authority to execute the provisions of the initiative (bullets to the head or forcible citizen extradition, y'all!) and grants immunity to anyone who does. Cool, cool.

Now you see why we wanted to sic The Google on this guy, right? Because WTF, is this even real? But he's extremely invisible online. There are a few other Matt McLaughlins in California, none of whom seem to fit the profile of batshit lawyer with strong Jesus feelings against the gay sexytime. For instance, anti-"sodomite"-Matt probably isn't the same Matt McLaughlin who is a singer with the Gay-Gays, the All-Gay Male Go-Gos Celebration. Or IS HE? Gay-Gays Matt, are you totally trolling everyone by submitting this bogus ballot shizz? If yes, please email Wonkette asap because we are DYING to hear all about it.

Here's the deal with California ballot initiatives: Any California citizen can propose a statutory or constitutional initiative for the state ballot. In order for a statutory initiative to qualify for the ballot, the sponsor-citizen must file the text with the CA AG's office and pay $200. After a 30-day public review period, the AG must publish a summary of the initiative, and then, hooray, reason and logic kick in, saving the citizens of California from having to wade through hundreds of delusional initiatives every time they vote. The sponsor must collect the number of signatures equal to five percent of the number of votes in the most recent gubernatorial election, which in this case is about 365,880 signatures. Fortunately, that is a pretty high hurdle if you are a lone sociopath with a thing against "sodomites," because it might be hard to (1) collect that many signatures, especially if (2) you lack a huge group of signature-collectors, because you are a sociopath and you have no friends.

The ballot initiative filing with the AG's office offers little in the way of clues to McLaughlin's identity, but there is an address that matches that of a lawyer by that name and address on avvo.com. When we looked the address up, it turned out to be a Mail Box Express store in Huntington Beach. Huh. That is definitely not a law office! In approximately four minutes of thorough searching, we also couldn't come up with any legal cases involving a Matthew G. McLaughlin, and then we suddenly had to go read all of the think pieces about what color that dress was (#TeamGoldAndWhite), so we got distracted.

We DID get a hit on a Matt McLaughlin, lawyer, same Mail Box Express address, BOOM, who in 2004 submitted a citizen ballot initiative to give bibles to all public school kids in California, grades 1-12, because "great literature." That initiative was way less crazy than the "sodomite" one (although still very crazy), and, as a Literate Person and also A English Major, we see the value of learning about how the Bible has impacted Western literature. More to the point, that initiative included an opt-out provision. However. Groups like the Anti-Defamation League and Americans United for Separation of Church and State were extremely suspicious, and McLaughlin didn't collect the required number of signatures, so it didn't go anywhere.

And then Matt McLaughlin vanished into the Hotel California, to remain digitally invisible until he filed his thoughts on "sodomites" last week. But he he kept the same secret Mail Box Express address during all that time! He sounds absolutely fascinating. We hope to learn more about this super fun secret agent lawyer, it totally sounds like he and Wonkette could be BFFs just like Wonkette and Aaron Schock. If he is even real. Gay-Gays Matt, if it's you, CALL US.