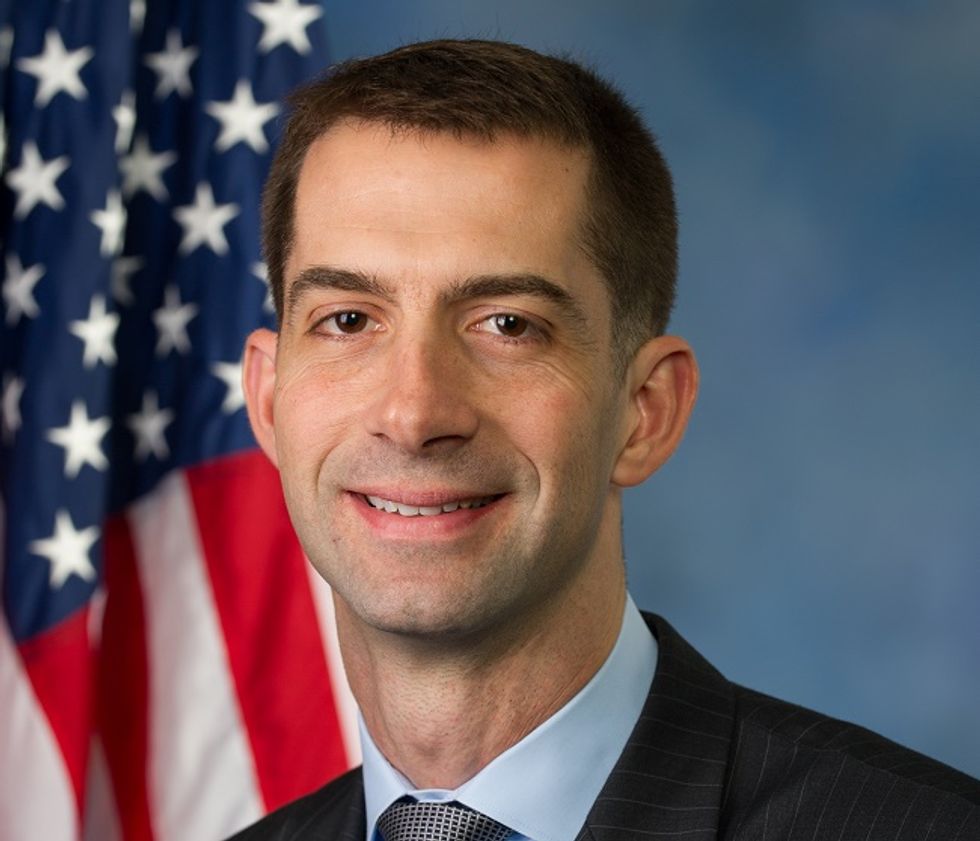 Wee young Sen. Tom Cotton of Arkansas, who seems to be under the impression he is president of both U.S. America and Iran, is making opinions with his mouth again. Because see, Barack Obama and John Kerry went to Iran and said, "Hey, would you like to bomb Israel and the United States, because you are Iran and you have started so many wars in the past few decades, unlike the United States and Israel, nations that are fainting flowers, too shy to start wars?" And Iran said, "Can you stop crippling our nation with sanctions and let us save a little face here, if we promise not to make nuclear bombs?" And Obama and Kerry replied, "Only if you promise to do nuclear war to everyone," and a deal was made. At least that's the wingnut version of it, we think, because they are very stupid, scared people.

Cotton made the comparison over "side" deals between Iran and the International Atomic Energy Agency. U.S. National Security Advisor Susan Rice acknowledged the so-called agreements, which accompanied the Iran nuclear deal, on Wednesday. [...]

Cotton blamed Kerry, saying he "acted like Pontius Pilate" for agreeing to the side deals while "knowing that Congress would not get this information unless someone went out to find it."

Now is that what Ambassador Rice said about the side deals, or does she need to say it slower for the Arky yokel hick boy? This is what she said:

“We’re satisfied with [the side deals] and we will share the contents of those briefings in full in a classified session with the Congress,” Rice said. “So there's nothing in that regard that we know that they won't know.”

You see? The nice ambassador lady will tell you everything you want to know, Sen. Cotton, if you will just sit still in your chair and stop showing the other children your penis.

Of course, the story of Pontius Pilate ordering Jesus's crucifixion isn't exactly about a whole bunch of side deals, and Cotton would know that if he would stop looking at the pictures and read the text for a goddamned change.

But we must remember that the baby boy senator from Arkansas fancies himself an expert on Iran, as evidenced in his behavior since negotiations began. Let's take a Wonk down memory lane, shall we? (Get it? That was a pun!)

And now here he is again, embarrassing himself and America, by opening his mouth. Arkansas voters, this is your fault.