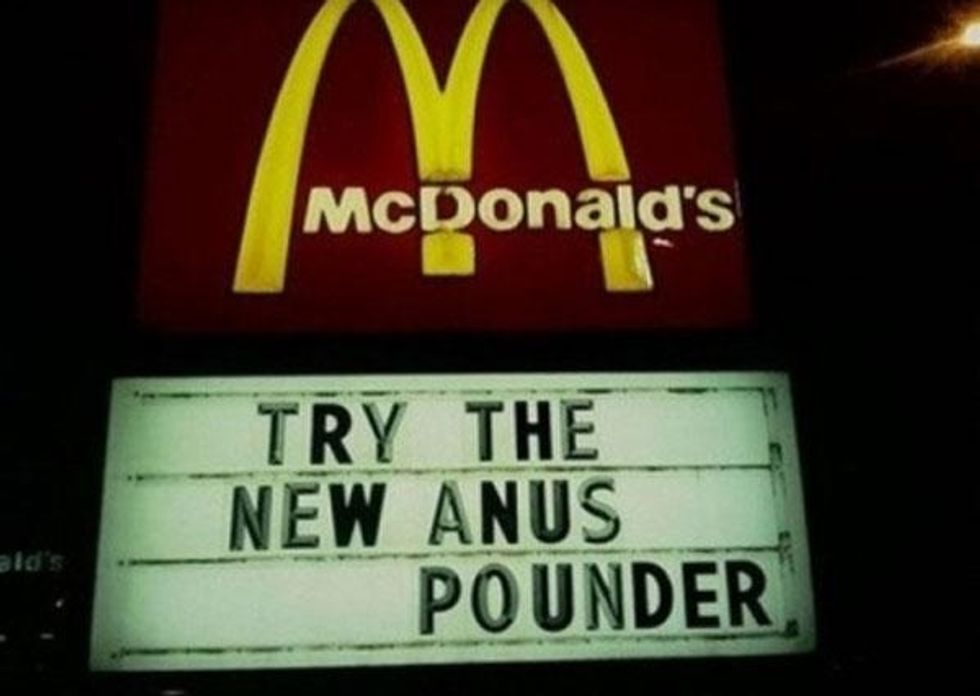 Your Senate Democrats took the floor last night to start off their Week Of HELL NO on the Top Secret Republican ACA Repeal, which Majority Leader Mitch McConnell plans to cram through the Senate and straight down a sixth of America's economy without a single hearing. They were mad as hell, and here are some videos of them being mad as hell about the Republican plan to pass a gigantic tax break for the very rich, at the low, low cost of merely leaving 23 million Americans without health insurance.

First up, here's Minority Leader Chuck Schumer saying that if Republicans weren't a bunch of cowards, maybe they'd allow more than 10 hours between bringing the bill to the floor and voting on the thing, because, as you might recall, the ACA had a bit more discussion than that:

Will they #ShowUsTheBill? Will they give us 10 hours to review the #Trumpcare bill? Hard to get a straight answer from @SenateGOP: pic.twitter.com/GD72t8qHIR

We like the exchange near the end, where Mitch slowly extends his head from his carapace, blinks, eats a bit of romaine lettuce, and tells Schumer not to worry, because there will be time, there will be time, for amendments and discussion and debate. Maybe 10 hours, maybe more:

Schumer: Will we have time — more than 10 hours, since this is a complicated bill — to review the bill? Will it be available to us and the public more than 10 hours before we have to vote for it? Since our leader has said — our Republican leader — that there'll be plenty of time for a process where people can make amendments. You need time to prepare those amendments.

McConnell: I think we’ll have ample opportunity to read and amend the bill

Schumer: Will it be more than 10 hours?

McConnell: I think we’ll have ample opportunity to read and amend the bill.

Schumer: I rest my case.

Just to make the comparison clear, Schumer asked Republican Joni Ernst, who was presiding, to confirm just how much debate, for how many hours -- not including all the hearings, amendments, and markup sessions -- was devoted to consideration of the ACA in 2009:

.@SenSchumer gets @joniernst to admit O-care got 25 consecutive days of hearings, 169 hours of consideration

Yes, that was 25 days, with 169 hours of debate. Bit more than 10, huh? Remember how, back before final passage of the ACA in 2010, that piddling bit of debate was insufficient for Rs who were sure the Democrats were rushing way too fast, with no chance for anyone to see the bill?

Massachusetts Sen. Ed Markey wanted to know whether the Republicans are going to actually show their work, seeing as how his constituents are wondering what's going to be done to them. Mitch McConnell objected to Markey's call for committee hearings, because that's not how steamrollers operate. Not that anyone's seen a steamroller since the 1950s.

People in #MA want to know what's in secret @SenateGOP Trumpcare bill. @SenateDems are on the Senate flr calling for GOP to #ShowUsTheBillpic.twitter.com/0W537fbs4H

California's Kamala Harris shared a letter from nine-year-old cancer survivor Rhett, who's in remission, or as he puts it, "gone-with-the-cancer."

Rhett is 9 years old. He’s in remission – or as he says he’s “gone-with-the-cancer.” How does this bill help Rhett? pic.twitter.com/CUzm4PrGqr

We suspect maybe Rhett's letter had some parental or senatorial staff embellishments, but that's OK -- it doesn't make the fact of his having had a lot of treatment -- and the prospect of his losing coverage down the line for a preexisting condition any less real.

Oh, and here's a Republican member of the House, angrily decrying all the secrecy:

What Tom Cotton really meant was that Republicans should be more like Democrats. Maybe he could get behind single-payer next.

Oh, sorry, that is John Boehner complaining about the ACA bill, which actually was available for everyone to read before it was passed, even though it was rushed through the House and Senate with only 79 hearings and markup sessions in the House, nearly 100 hearings in the Senate. In total, both houses heard from hundreds of experts, and added hundreds of amendments from members of both parties; again, there were 25 days of Senate debate, and the first House version was posted for 30 days before any votes were held.

Now here is an actual current senator, Al Franken, quoting the 2009 version of Paul Ryan, who wanted to know the costs of the ACA and how many people might lose insurance, to argue against the 2017 Republican stealth bill:

Show up to @SenCoryGardner offices and demand that he #ShowUsTheBillpic.twitter.com/mgSzbEKqH8

"The irony is palpable. Feel the palpable irony. Do you feel it, Mr. President? Does everybody feel it?" They should feel it, really, it being so palpable and all. That was pretty good! Let's watch Franken's whole speech, in which he deftly quotes Republican promises about what their terrific Obamacare replacement plan would do. Funny, though, we never got any of that stuff. We got the AHCA instead, and it's crap.

Let's have another full speech, this one from Elizabeth Warren, who needs no introduction, so just shut up and watch. It's damn good:

There are probably a whole lot of other good clips of last night's speeches out there on the interwebs. You could post them in the comments, if we allowed comments. Maybe today we will, WHO KNOWS??

Yr Wonkette is supported by reader donations. Click that "Donate" clicky to send us money. If you don't, the pervasive sense of regret will be palpable. Can you feel the palpable guilt?